Next year Mercedes will add a "base" model of the GT in the US to go along with the GT S that arrived for 2016. The year after, this thing will show up. We're getting our first look at the AMG GT R at Mercedes-Benz World at Brooklands before a public debut at the Goodwood Festival of Speed this weekend.

First, let's talk about that color. It's called AMG Green Hell Magno, and its name is a nod to the Nurburgring Nordschleife, where the car was developed. People aren't likely to see the connection without the name accompanying a paint chip, but people will definitely see it. It will be exclusive to the R model.

The R uses the same basic 4.0-liter twin-turbocharged V8 as other GTs; here it makes 577 horsepower and 516 lb-ft of torque here, up from 503 hp and 479 lb-ft in the GT S and 456 hp and 443 lb-ft in the GT. The extra power comes from a combination of new turbos, modified software, reshaped exhaust ports, and a different compression ratio. Max boost is 19.6 psi versus 17.4. Engine response is improved through a dual-mass flywheel that's 1.5 pounds lighter than the one in the GT S's engine. The AMG Speedshift DCT seven-speed transmission was modified for the R with a taller first gear and shorter ratios for seventh and the final-drive. Transmission cooling also got an upgrade. The dynamic engine and transmission mounts from the other AMG GTs carry over. To get the power from the engine to the transaxle, the GT R uses a 30-pound carbon-fiber torque tube that is about 40 percent lighter than the aluminum piece used on the regular GT. The R takes a claimed 3.5 seconds to hit 60 mph, two tenths quicker than AMG claims for the GT S

If you feel the need to compare it to that other GT-R, even though they're wildly different cars, the Nissan now makes 600 hp and 481 lb-ft of torque in NISMO trim and can accelerate much quicker. It also has all-wheel drive, weighs more, and is nowhere near as pretty as the AMG. We still expect the name similarity to cause some nonsense discussions, and maybe a little confusion.

There are some obvious visual differences on the R (the big fixed wing, the show-car grille) and some that are more subtle. For instance, the front and rear fenders have been widened to allow for a wider track. The front fenders are made of carbon fiber, which you can't see, as is the roof, which you can because it's finished in clear coat. In the rear, which is 2.2 inches wider, there's a big center exhaust wrapped in a huge double diffuser and a vent below the hatch opening to expel heat from the exhaust

Then there's all of the stuff under the skin you don't see. An active aero piece at the front drops down to create a Venturi effect, pulling the car toward to the road; the 4.4-pound carbon piece lowers at speeds above 50 mph when the car is in Race mode. There are also active grille louvers that only open when cooling air is needed in the engine bay, keeping the aerodynamics cleaner the rest of the time. An undertray works to move air to the rear diffuser. All of the aero upgrades provide 342 pounds of extra downforce at top speed compared to a regular GT, and the coefficient of drag is also lower than the base car's. The grille design is borrowed from the AMG GT3 racecar and inspired by the 300SL Panamericana; it's surrounded by a new front fascia with lots of openings to let the car breathe.

The suspension also got a full rework for the GT R, including forged aluminum wishbones, knuckles, and hub carriers front and rear. It has a manually adjustable coil-over suspension with AMG Ride Control adjustable adaptive dampers. There is also a rear-steering system, a new thing for AMG, that can adjust rear toe angle by up to 1.5 degrees to steer with or opposite the front wheels; at speeds up to 62 mph, the rear wheels move in the opposite direction of the fronts, which effectively shortens the wheelbase and reduces the turning radius at low speeds. Above 62 mph, the system moves the rear wheels in the same direction as the fronts, improving stability. Mercedes being Mercedes, it points out that the active rear steering is also a safety feature, since it makes the car more maneuverable in the event of an evasive maneuver. So there.

Special lightweight wheels wear Michelin Pilot Sport Cup 2 tires measuring 19 inches up front and 20 in the rear, and they're about a foot wide in back. Big brakes are standard, and an upgrade to ceramic discs will be available.

The R gets an extra knob inside (and software to go with it) to control the level of slip allowed on the rear axle. There are nine settings, with one being giving the driver a big safety net (good for driving in wet conditions) and nine supplying the maximum in tail-out slideyness. It's called AMG Traction Control and it only works when ESP is switched off. It sounds pretty great.

We'll have more details on the many changes the R receives later today after the car is unveiled. 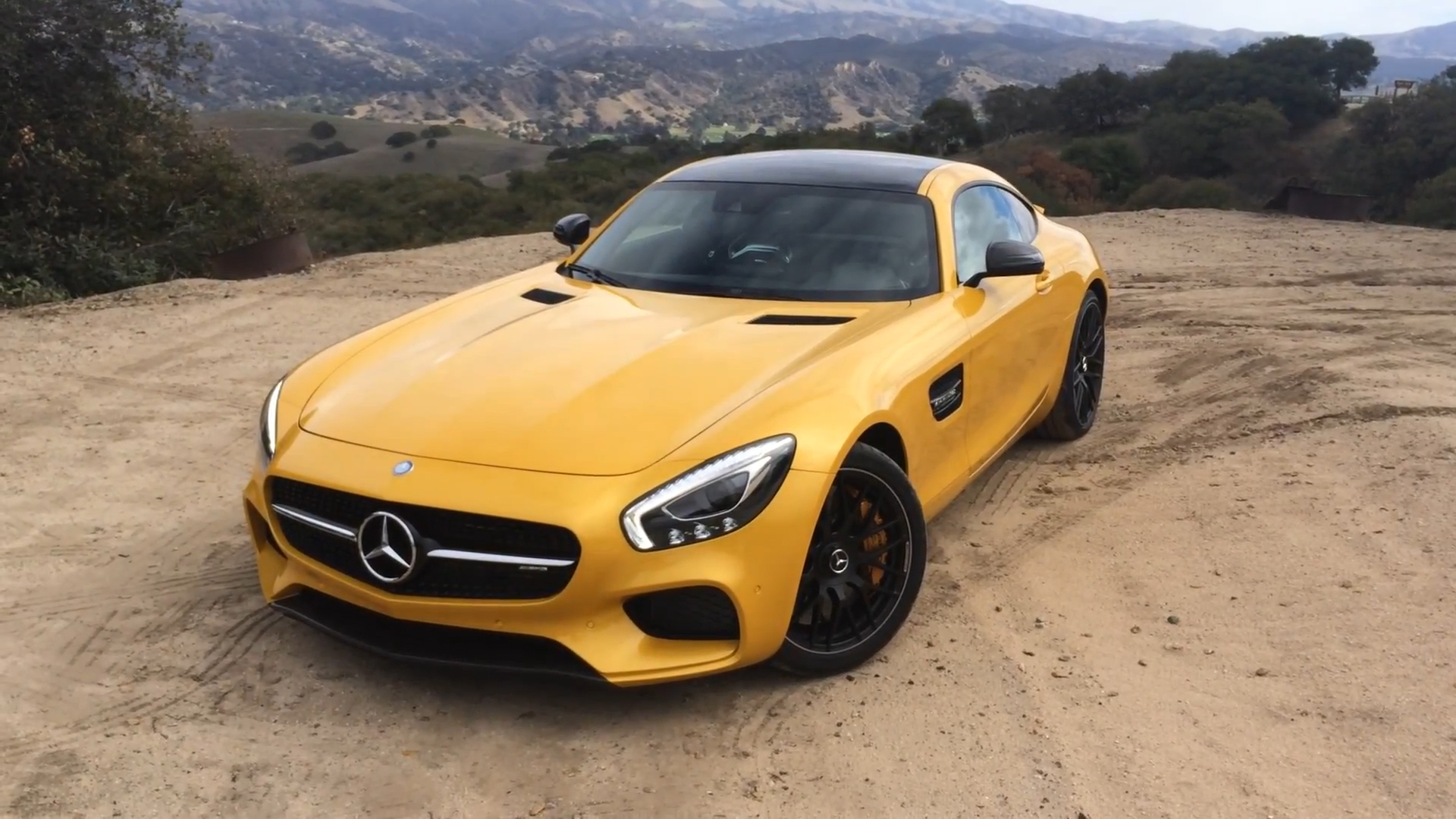