It'll be at Goodwood later this month.

John Beltz Snyder
With the shifting automotive landscape —particularly with cars becoming greener — so, too, evolves the world of motorsports. By now, we're all familiar with the all-electric Formula E racing series. Now, though, hydrogen-powered vehicles are beginning to make a name for themselves in the pioneering world of emissions-free motorsports. Most recently, Toyota made its own mark in the history books when it ran a chrome Mirai fuel cell vehicle at the Gurston Down Speed Hill Climb.

On May 29, while Prince Albert of Monaco opened the Formula One Monaco Grand Prix by taking a lap around the circuit in a blue Mirai, its shiny sibling tackled the 0.6-mile course at Gurston Down in its UK motorsport debut. Journalist David Finlay raced the hydrogen powered car up the hill at an average speed of 62.5 miles per hour, finishing in 44.44 seconds. The event marked the first time a fuel cell vehicle took part in a competitive hill climb, in an interesting blend of new technology with an especially old form of racing.

The chrome Mirai isn't stopping there, though. Toyota will be showcasing its fuel cell sedan in front of an even larger audience later this month at the Goodwood Festival of Speed.

As Toyota and other automakers look to promote their fuel cell vehicles, we can expect more stunts like this in the future, just as we've seen with battery electric — and even autonomous — vehicles in motorsports. With that in mind, Toyota leaves us with the parting words from the video above, "Say hello to the first record of the next 100 years of motorsports." 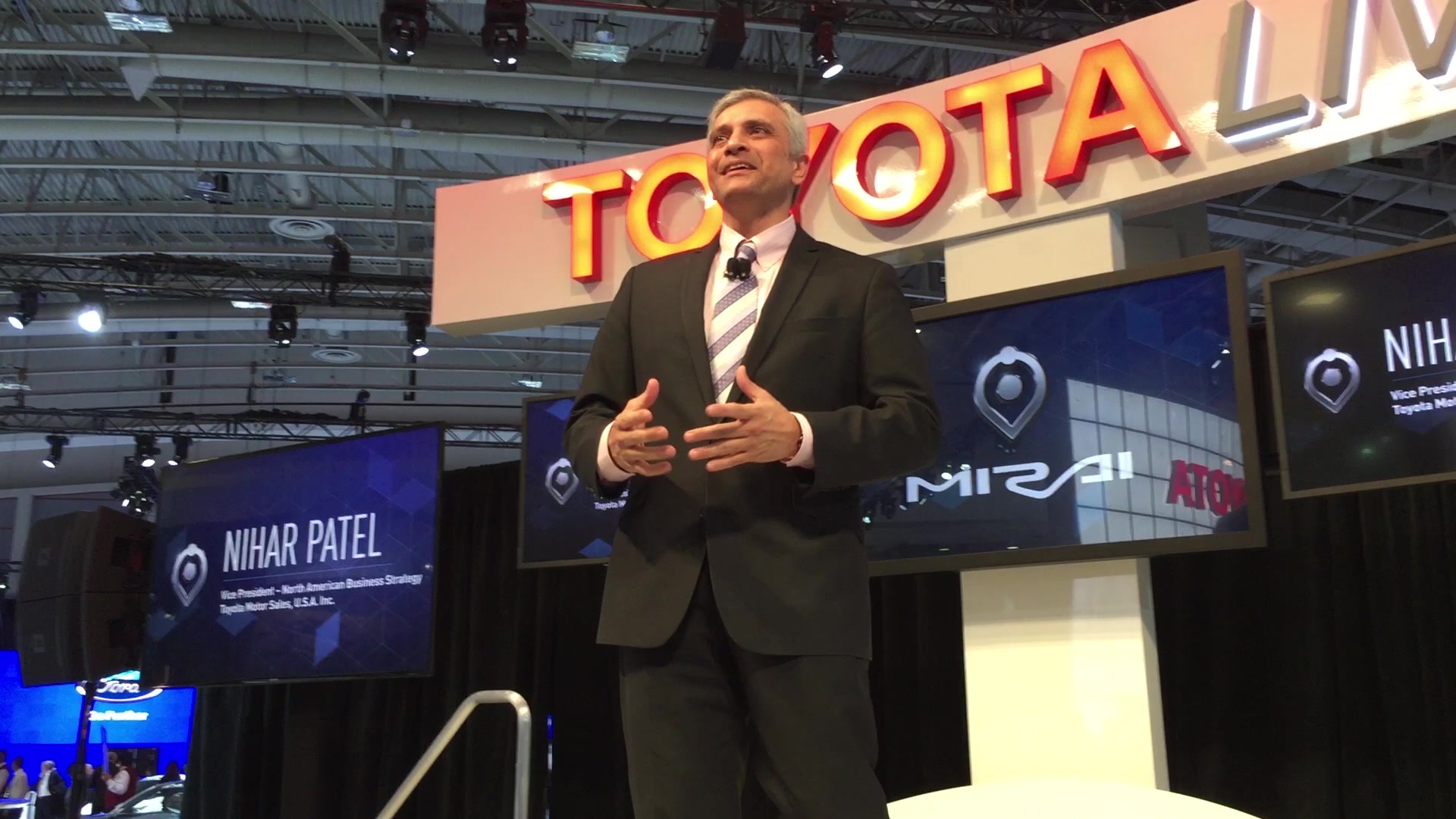 From Formula One's most glamorous occasion to a rural British hill climb meeting, Mirai was demonstrating the qualities of Toyota's hydrogen fuel cell technology in contrasting international and domestic motorsport arenas at the weekend.

On Sunday, His Serene Highness Prince Albert drove a Mirai on a lap of honour around the Monte Carlo circuit to officially open the Monaco Grand Prix.

By choosing Mirai, the world's first production fuel cell saloon, for this high-profile appearance, the prince reiterated his intention to make Monaco a pioneer of sustainable mobility.

Meanwhile at Gurston Down in Wiltshire, Mirai made its UK motorsport debut, striking a contrast as one of the world's most advanced vehicles, competing in one of the sport's oldest and most traditional formats – a hill climb speed trial. Driven by journalist David Finlay and sporting a one-off mirror-chrome full body wrap, it recorded a best time of 44.44 seconds over the 0.6-mile course, at an average speed of 62.5mph.

At both events, Mirai ran whisper-quiet and produced no tailpipe emissions other than water from its hydrogen fuel cell system. Introduced in selected European markets, including the UK, in the second half of 2015, Mirai is a pathfinder for the use hydrogen fuel in a vehicle that offers the same levels of convenience and practicality as a conventional petrol or diesel car – a range of around 300 miles and refuelling time of between three and five minutes.