In barely a week since opening the order books, Ford Performance reports that it already has over 7,000 applications from customers across the world to buy the new GT. The Blue Oval will continue to accept applications through May 12. The company will only take reservations for 500 cars right now, and the selected buyers will likely need to be patient because only 250 GTs will leave the factory each year.

The advantage of Ford's GT application process is that everyone with the estimated $450,000 asking price has a chance to get one. The company will be searching for brand ambassadors who will drive the supercar often. Owners of the last GT from new will be treated preferentially in the decision-making process. People who buy a lot of Ford products, like business owners, will also have some advantage.

Ford will deliver the first GTs before the end of the year. To keep the supercar exclusive and demand high, buyers will sign a contract where they will agree to keep the GT for a certain period of time. The agreement will keep owners from immediately flipping the much-anticipated model for an easy profit.

At least one GT is already has a buyer. In a recent video, Bill Ford says he has an order for the vehicle with serial number one. He promises to drive the supercar often, but we can't imagine Ford Performance would have rejected his application anyway. 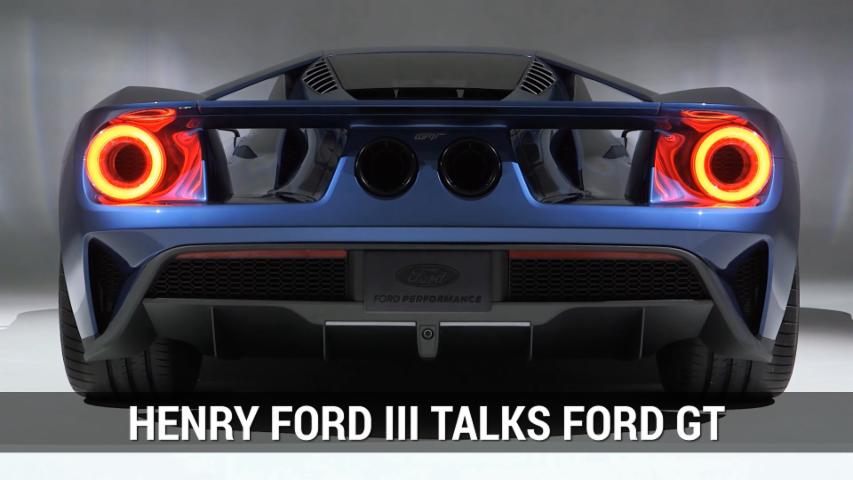 Thanks to all the fans of the all-new Ford GT, with more than 180,000 enthusiasts in the U.S. alone having visited the www.FordGT.com site since its launch last Wednesday. Almost 100,000 U.S. fans -- more than half of all visitors to the site -- have checked out the website's configurator, which lets anyone build the Ford GT of their dreams. The digital tool lets visitors choose the Ford GT exterior colors and stripes, wheel options, types of carbon fiber trim, along with interior themes, and provides links to share images of their virtual build via social media.

The most popular optioned color so far for the all-new Ford GT is Liquid Blue (the same shade that debuted with Ford GT at NAIAS in 2015) followed by Matte Black. The configurator's default exterior color of Frozen White is also proving exceptionally popular.

Globally, Ford has received more than 7,000 applications in less than a week for the opportunity to purchase the stunning new EcoBoost-powered, carbon-fiber supercar, and Ford encourages anyone interested in owning an all-new Ford GT to apply during the application window, open until May 12 via www.FordGT.com.