Group PSA is trying to boost annual revenue by 25 percent. Ditching two household automotive brands (at least in Europe) is one thing. Hitching much of your near-term growth to a plug-in vehicle market that as of late isn't showing obvious progress is another. But you can't blame the company formerly known as PSA Peugeot-Citroen for not taking risks.

The French automaker, which earlier this month officially became Groupe PSA, announced plans to introduce 26 new light-duty vehicle models within the next five years in an effort to boost annual revenue by 25 percent. The plan has been named "Push to Pass," and of those 26 new vehicles, seven models will be plug-in hybrids and four will be battery-electric vehicles. The company also plans "the deployment of the connected and autonomous vehicle programme," though few details about either that program or the many new plug-in vehicles were disclosed. The automaker hasn't done much in the plug-in vehicle market beyond the iOn EV, and even that was merely a rebadged Mitsubishi i-MiEV.

Still, some red flags may be popping up, as year-over-year plug-in vehicle sales appear to be more mixed for the continent's most popular battery-electric and plug-in hybrid vehicles, according to the European Alternative Fuels Observatory (EAFO). For instance, sales for the Renault Zoe and Nissan Leaf EVs are up, but Tesla Model S demand has grown little, while Volkswagen e-Golf sales are down. Among plug-in hybrids, the Mitsubishi Outlander and Volkswagen Golf GTE sales have both dropped significantly this year. 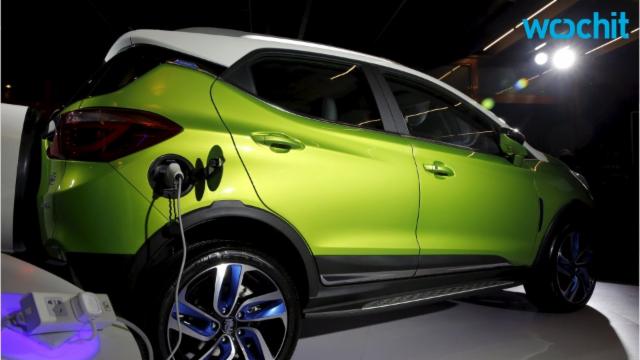 "Push to Pass" plan for the 2016-2021 period aims to meet customers' mobility needs by anticipating changes in car usage patterns. Driven by evolving customer expectations, the plan will transform the company in order to unleash its full potential, capitalising also on the efficiency, operational excellence and agility demonstrated during the "Back in the Race" plan.

Based on frugal R&D expenditure and rigorous control over production costs as well as fixed costs, the plan raises the bar for the PSA Group's sustainable performance by setting the following objectives:

Reach an average 4% automotive recurring operating margin in 2016-2018, and target 6% by 2021.;
Deliver 10% Group revenue growth by 20181 vs 2015, and target additional 15% by 20211.
To achieve these targets, the company is adapting its business model and will create more value by optimising its existing customer base, while also expanding it through digitalisation and multi-brand offers in after-sales, leasing, used cars, mobility services and fleet management. Selected venture capital investments will also enhance the company's portfolio of mobility solutions.

Growth of the strong and well-differentiated Peugeot, Citroën and DS brands will be supported by:

High-quality products and services, basis for the brands' pricing power.
A product blitz, built on 26 passenger cars and 8 light commercial vehicles, including a 1 ton pick-up, leading to the launch of "one new car, per region, per brand and per year".
A rich and sharp core technology strategy, notably shaped by the launch of 7 plug-in hybrids and 4 electric vehicles, and the deployment of the connected and autonomous vehicle programme.
The plan will help to ensure profitable growth in all the regions where the Group operates.

"Push to Pass" represents a first step towards the achievement of the Group's vision to be: "a great global carmaker with cutting edge efficiency and the preferred mobility provider worldwide for lifetime customer relationship"

PSA also announces a dividend policy from 2016 financial year based on a 25% payout ratio.

Commenting on the presentation of the "Push to Pass" plan, Carlos Tavares, Chairman of the Managing Board said: "Based on our financial reconstruction, we will launch a global product and technology offensive. Now more agile, we are ready to shift paradigms by anticipating changes in car usage patterns. Our digital transformation will make the PSA Group a company connected to its customers. With "Push to Pass", we will ensure PSA profitable organic growth."