Alex Kierstein
You should go watch a rally. Yes, you. And by "a rally," I mean pretty much anything that could be considered a rally. Is there a grassroots rallycross event near you featuring some $500 beater Subarus mucking about in a field? Go to that. Or a full-blown WRC event. Set your coffeemaker to kick out some extra-potent brew, because you'll probably have to wake up early and drive for a bit to see something. But trust me, it'll be worth it.

In Europe, with hundreds of events concentrated in a relatively small geographical area, in all sorts of environments (snow, forest, dirt, you name it), this is a lot easier. North America is huge. Your TV is closer, your couch is comfortable. That's the challenge for hooking new rally fans in America.

So, why get off your tail? I travelled to Wales, the tiny windswept country on the western edge of Great Britain, to find out. 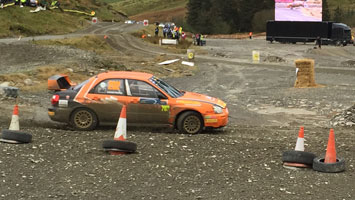 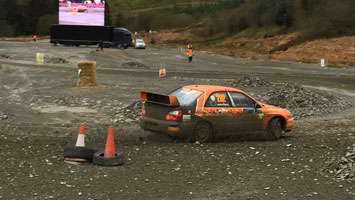 First, we stopped by David Higgins' rally school, parked at the top of a sheep-studded ridge in the middle of nowhere.

This was a two-part trip. The first bit was a visit to David Higgins' rally school, parked at the top of a sheep-studded ridge in the middle of nowhere. The second part was the main event: watching the headline rally event in the UK – WRC Wales Rally GB – in what amounted to a tropical storm at winter temperatures. Despite the challenges, it was one of those trips that left me smiling the whole time.

At the Higgins Rally School, we had a very abbreviated experience, essentially the highlights of a multi-day course condensed into a few short hours. The first was learning how to do J-turns on mud, in an old UK-market Ford Escort ... with right-hand drive, and so, a left-hand manual shift, which made it much harder to nail the technique with the "wrong" hand. Then, it was off for a lap with an instructor in the passenger seat in a rear-drive-converted Subaru Impreza WRX – flying through gravel, mud, within spitting distance of piles of logs. That was exhilarating.

Or at least, it was, until the ride-alongs with the pros. Jimmy McRae, a storied driver and father to the late and even more storied Colin McRae, was behind the wheel. The car was an early 1990s Prodrive-built Legacy, a real works car, and it made demonic noises as McRae flew through the woods, mostly sideways. I managed to bark a question to him between backfires: "Roughly, what percentage of flat-out are you doing right now?" I figured he was putting on a half-speed show for the Americans, but McRae gave me a quick look (remarkable considering the speed and the angle of attack) and said, "oh, maybe 90 percent." I laughed. 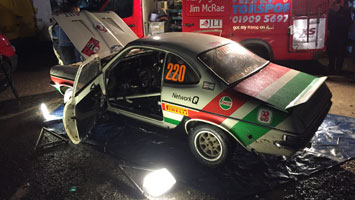 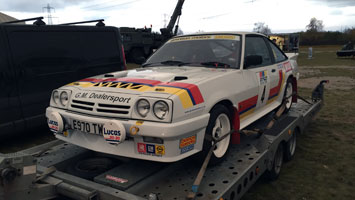 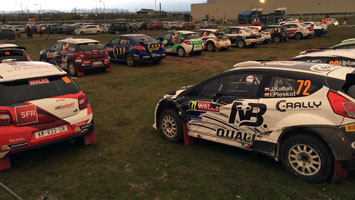 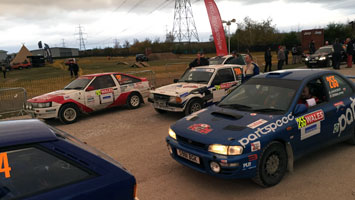 We just stood in the moss and between some trees and watched muddy cars scramble for traction, but that doesn't begin to describe how enjoyable it was.

A second lap with British rally champ Ryan Champion in a 555-liveried Impreza was even faster, and just as much fun. Sadly the GoPros in the car failed, and I can't take you along for that ride, but trust me, it was wild.

So was the rally itself. Our group ended up seeing three out of roughly 30 stages of the wide-ranging Wales Rally GB. First up was the Sweet Lamb complex, relatively built-up with a nice jump right after a wide hairpin, giving bystanders an excellent view of the cars going by. Despite the flag-snapping wind, a bout of hail, and near-freezing temperatures, it was almost pleasant thanks to a steady influx of hot tea. And the mood was celebratory, with hundreds of fans gamely clumped together to cheer their favorites or clomping about the hill to catch another angle. The quickest cars whizzed by in a few minutes, and then the lesser classes, and finally a remarkable hodgepodge of vintage rally cars. My favorite by far was the Datsun 240Z, apparently owned by a local, and not being nursed around the stage in the least.

A long drive back to the hotel meant we only saw one stage each day. The second day was at Aberhirnant, at a crook in the stage in the woods. We had a front row seat to mud-flinging, sideways action as the cars slid around the right-hander and belted it up the hill, anti-lag pops echoing off the trees. It was sopping wet, and elaborate combinations of vinyl ponchos and oversized golf umbrellas didn't manage to keep anybody terribly dry, but it was all smiles and jokes and good cheer. Ostensibly, we just stood in the moss and between some trees and watched muddy cars scramble for traction, but that doesn't begin to describe how enjoyable it was. 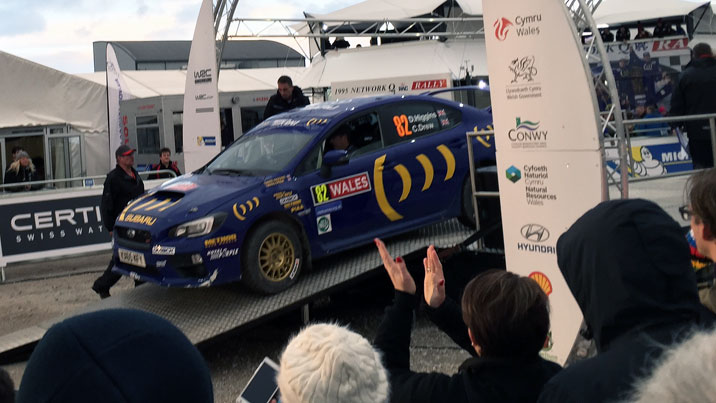 The STI broke out of its class and finished in 20th overall, beating most predictions and the tentative hopes of the team.

The last stage, frankly, wasn't quite so enjoyable, but that didn't stop the crowds. Brenig took place near a reservoir, and the path to the stage was over a dam, made miserable by a monsoon of sorts. Ponchos, rain coats – all useless. Despite being soaked to the bone, fans crowded the stage. It wasn't clear what would have kept them away. Perhaps a tornado? Maybe not.

The reason for our trip was to watch the aforementioned David Higgins, who it should be noted is a very accomplished driver, run a Group N WRX STI in the rally. This was an unfamiliar car to him and his co-driver, having just been finished before the race. Shakedown run? Higgins doesn't need one, apparently. The STI broke out of its class and finished in 20th overall, beating most predictions and the tentative hopes of the team for the untested car.

The mood in the Deeside garage area after the race was something like a Cars and Coffee neighborhood car show full of chatty rally stars and affable locals out enjoying themselves. It seemed to be a whole family affair, with some carnival rides for the kids and plenty of merchandise. The atmosphere was contagious. Watch our On Location video up top to get a sense of what it's like to watch a rally, and then check out options in your area at sites like Rally America and the SCCA. And have fun!
X