Roy Reyer
Imagine the frustration of investing and installing a new radar detector only to discover that all it alerts you to is something installed in your car and every other new car within close proximity. The reason this is happening is that car manufacturers are installing collision avoidance and adaptive cruise control systems into new cars, which use radar or laser sensors, enabling the car to automatically sense its driving environment and to respond accordingly. Because many of these systems use the same radar and laser frequencies that police use, many radar detectors sold today are nothing more then new-car detectors.

Until recently you only had two choices to combat this problem: disable K-band or enable TSR filtering. We'll explain those as well as some other, more modern approaches to this problem.

Because most of these sensors operate on K-band, many radar detector users have resorted to disabling this band on their detector. The problem with this is of course encountering an officer who is using a K-band radar gun and getting a speeding ticket. 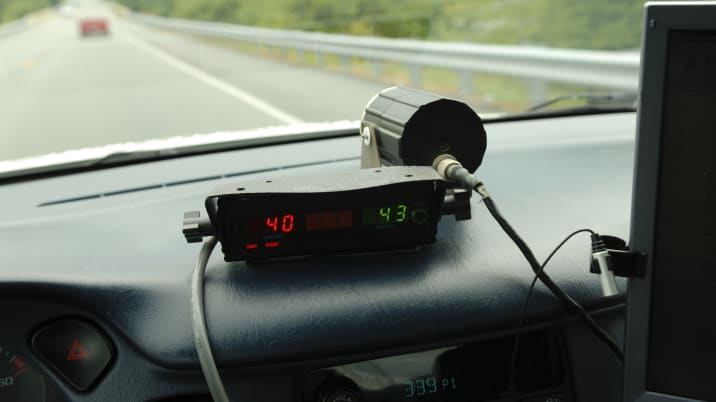 Traffic Safety Rejection (TSR) filtering was first adopted by Escort to reduce false alerts caused by traffic flow sensors, which use K-band radar to measure the flow of traffic on highways. Because these sensors only transmit a short, one-and-a-half-second burst of radar every minute, the solution was to simply delay the alert time of a K-band radar alert on the detector by a second or two. A side benefit was that this delay was found to be somewhat successful in reducing the false alerts caused by the anti-collision sensors, but negatively affected the detector's ability to sniff out real instant-on police K-band radar speed traps.

Due to the impact these anti-collision sensors have had on radar detectors, manufacturers have already stepped up to the plate to offer their own unique solutions to this increasing threat. Most notably, those companies include Stinger, Escort, and Valentine Research.

Stinger VIP: In the truest sense, the Stinger VIP radar defense system is not a radar detector, but a spectrum analyzer. Created in Holland where the use of radar detectors is strictly prohibited, the Stinger was developed as a car computer with a spectrum analyzer, able to sweep the same radar bands used by police. One distinct advantage Stinger has over all its competitors is that it has the ability to learn your car's unique radar signatures and filter them completely out without affecting the performance of detecting real police threats. Because of this, the Stinger system is by far the best available today to block out false alerts caused by all the in-car radar systems. 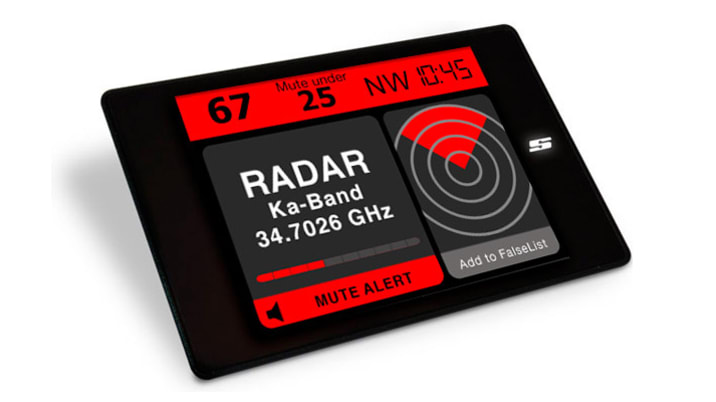 Escort: In 2013, Escort filed a US patent (US 20140266853 A1) for its solution to suppress alerts caused by vehicle guidance systems, and its first detector to utilize this technology was integrated into the Passport Max 360 radar detector. In basic terms, Escort addressed this problem by identifying the DNA signature of these anti-collision sensors and created a filtering algorithm that is incorporated into its digital signal algorithm (DSP) to block out these false alerts. One of Escort's biggest advantages in this fight is that each time it identifies a new guidance system, it can incorporate the filtering capabilities into a new firmware update, which the user can then download online and install into their detector.

Valentine Research: Valentine Research has recently released its solution, called Junk-K Fighter, which is basically an enhanced version of TSR filtering. Although successful in reducing false alerts caused by the anti-collision sensors, it does add an extra second or so of delay to alert to a real police K-band threat. And Valentine now offers as an accessory the V1connection LE, a Bluetooth module that plugs into the V1. This unit enables the user to custom program their detector, such as modifying the sweeps of the covered frequencies in their local area, right from their smartphone.

As its critical for the survival of the radar detector industry, radar detector manufacturers such as Whistler, Cobra, Beltronics, Uniden, and Radenso are also developing and integrating their own unique solutions. Because of this, if you're considering investing in a new detector, make sure that you do a little homework so you don't make the mistake of buying something that will annoy you with false alerts from all the new cars along your trip.