The Deeper Dive: How Technology Is Disrupting Dealer Service And Parts Departments

Steven Lang
New-car dealers and their lobbyists have been fighting a state-by-state battle against electric-car maker Tesla Motors, which sells its cars online directly to buyers. The franchised dealers for established carmakers apparently view this as a threat. But what gets lost in the coverage is that selling new cars isn't how dealers get rich.

There are two kinds of profit from selling new cars: slim, and none. It is true that nearly 99.7% of the new cars sold in North America are purchased at retail dealerships, and yet the average new car generated only $69 in per-vehicle-profit in 2013 and that number has remained flat for 2014 according to the National Automobile Dealers Association.

In fact, according to NADA numbers, if you had decided back in 2005 to put all your investment eggs in the used-car operations of an average new-car dealership, you would now be a millionaire in terms of profit. Parts and service? A multi-millionaire. New-car operations? They have returned less than zero net profit from 2005 to the present day. Tesla's fight to remain independent of the new-car-dealer cartel has more to do with control over its product than the pursuit of profit.


The average profitability right now for a new-car store is just 2.2%.

The average profitability right now for a new-car store is just 2.2%, and most of that doesn't come from new cars. It comes primarily from three other places: the parts & service department; used-car sales; and the finance & insurance department.

All three of these departments are under siege by leaner and better-financed competitors, some of whom can easily survive for years without having to show a penny of profit. The parts department is now competing head-on with Amazon, Partsgeek, Ebay, and the RockAutos of our world, not to mention the local auto-parts stores and the nearby auto recycling centers that some of us still endearingly refer to as junkyards.

The problem isn't so much that all these competitors are destroying the profit margin for the dealership's parts department. It's that Amazon in particular seems to be absolutely hellbent on minimizing any profit margin for anybody and is now rolling out same-day delivery. This used to be a strong competitive advantage for a local dealer's parts business. I have found that Amazon typically has a price that is less than half of a dealership's parts department, and with Amazon Prime, a lot of businesses will now start seeing their delivery time dwindle down to that same-day rate of the local dealership. In fact, in certain cities, it will likely become a matter of hours instead of a whole day, and with Amazon offering the most popular shopping portal and app, the independent car dealer is going to have a hellish time staving them off.

So what about the service department? That's simple. It will find itself in the same quandary as the local taxi companies that are now fighting Uber any way they can. Their mechanics will gradually go into business for themselves. This is already done at a wholesale level. When I have a major repair, or a tricky one, I go to a specialist. Sometimes it's an engine or transmission shop. But other times, it's repair and maintenance for a specific brand that requires a lot of labor that is difficult to get done. I use the dealer's mechanic when he isn't on the clock – and now a lot of other people are beginning to do this as well. It's the ultimate bargain. You get the mechanic without the overhead of the dealership, and the mechanic gets a lot more money than he usually gets working as a "tech." 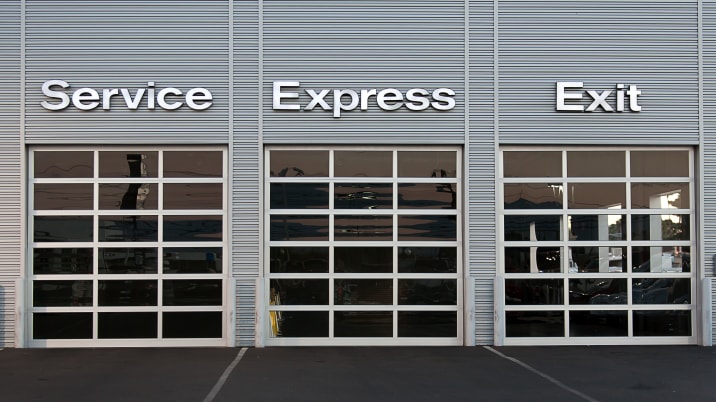 I believe that today's enthusiasts and convenience-driven owners who don't want to spend time at the dealership, or pay their rates, will quickly embrace a more sophisticated online setup that offers a personalized relationship with a mechanic who specializes in their vehicle. In time, these direct services will likely have some physical structure and an online appointment system. You just won't have to go to the dealership to get it.

That leaves used-car sales, which includes the highly profitable certified pre-owned programs that most manufacturers offer, along with the dealership's finance & insurance department, which does everything from helping a customer find financing to selling them extended warranties that are usually far better moneymakers for the dealership than the customer. We'll cover those in the second part of "The Deeper Dive."

In the meantime, I'll leave you with two questions: Do you or your family members enjoy going to the dealership? And, Ii you do, will these market changes make you reconsider who handles your car's needs and where you buy parts?