Chris Bruce
The global airbag inflator recall from Takata has been one of the biggest topics in auto safety for months. Now, the National Highway Traffic Safety Administration is opening a preliminary evaluation into the components from Arc Automotive to investigate whether two reported ruptures and two injuries signal a wider problem. So far, only the 2002 Chrysler Town & Country and 2004 Kia Optima are believed to be affected. If a safety campaign is deemed necessary, it could cover an estimated 420,000 of the minivans and 70,000 of the Korean sedans.

NHTSA first noticed these ruptures in December 2014. The agency received a complaint of a 2009 case in Ohio about the bursting of the driver's side inflator in a 2002 Town & Country. According to the report, the incident broke the woman's jaw and sent shrapnel into her chest. The government investigated the case, and this was found to be the only known occurrence in these vehicles. The analysis indicated the part's gases were possibly blocked somehow and caused the component to explode.

FCA US spokesperson Eric Mayne told Autoblog that the company is "cooperating fully" with NHTSA. "Also, we no longer use that inflator," he said.

A second incident came to NHTSA's attention in June 2015 with the driver's side rupture in a 2004 Optima in New Mexico. The agency lists fewer details about the case, and a root cause isn't known. This is also the only currently known example in a Kia vehicle.

According to a statement from Kia to Autoblog, "We are taking this matter very seriously and support NHTSA's action and will continue working cooperatively with the agency and suppliers throughout the process."

Arc's components are sealed within a steel housing that's meant to protect them from "external atmospheric conditions," according to NHTSA. Multiple suppliers also use them. In the Chrysler, the airbag module came from Key Safety Systems and from Delphi in the Kia. In a statement to Autoblog the company said, "We have received NHTSA's notification and are cooperating fully with its Preliminary Evaluation."

At this time, NHTSA admits that it doesn't know for certain whether these two cases are linked. The agency is conducting this preliminary evaluation to learn more. It intends to "collect all known facts from the involved suppliers and vehicle manufacturers."

All Products Associated with this Investigation

SUMMARY:
In December of 2014 the Office of Defects Investigation (ODI) received a complaint of a 2009 incident involving a driver's side air bag inflator rupture in a model year (MY) 2002 Chrysler Town and Country minivan (VOQ 10667409). ODI contacted Fiat Chrysler Automobiles (FCA) and conducted a search for similar incidents and, based on information obtained from FCA and the results of the search, concluded that the 2009 incident was a single isolated event. In June of 2015, Kia notified ODI of a lawsuit alleging driver side inflator rupture in a MY 2004 Kia Optima. ODI investigation revealed that both the 2009 and 2014 incidents involved an inflator supplied by ARC Automotive.

ODI discussed these incidents with ARC Automotive, Inc. (ARC), the manufacturer of the inflator. ARC manufactures inflators that other companies use in air bag modules that are then sold to vehicle manufacturers. The inflator in question is a hybrid design which relies on two distinct sources of energy. The inflator fills the air bag cushion by releasing an inert gas stored in the inflator at high pressure. This gas mixture is augmented by an ammonium nitrate based propellant. Based on information provided to ODI by ARC, the pressurized gas mixture and propellant are contained entirely within a hermetically sealed steel housing and is therefore isolated from external atmospheric conditions. The ARC hybrid inflators are manufactured in both single stage and dual stage designs.

The incident involving the 2002 Chrysler Town and Country occurred in Ohio and involved an air bag module produced by Key Safety Systems that had a dual stage ARC inflator. Preliminary analysis indicates that the exhaust path for the inflation gas mixture may have been blocked by an object of indeterminate origin. This blockage appears to have caused high internal pressure and subsequent rupture of the inflator assembly. ODI's present understanding is that this incident is the only known inflator rupture involving the ARC inflator in an FCA vehicle. The incident involving the 2004 Kia Optima occurred in New Mexico. The air bag module in question was manufactured by Delphi and had a single stage ARC inflator. The root cause of the rupture is presently unknown. Presently, this is the only known incident involving the subject inflator in a Kia vehicle.

At the present time it is unknown if there is a common root cause in these incidents. ODI is opening this investigation in order to collect all known facts from the involved suppliers and vehicle manufacturers.

The ODI report cited above can be reviewed online at http://www-odi.nhtsa.dot.gov/owners/SearchNHTSAID under the following identification number: 10667409

Kia Motors America (KMA) places the highest priority on vehicle safety and proactively notified the National Highway Traffic Safety Administration (NHTSA) upon learning of a single airbag inflator incident and participated in discussions with the agency prior to the opening of a Preliminary Evaluation (PE). Kia is a responsible company, and although we are not the subject of the investigation, we are taking this matter very seriously and support NHTSA's action and will continue working cooperatively with the agency and suppliers throughout the process.

Customers with questions regarding their Kia vehicle should contact KMA's Customer Assistance Center directly at 1-800-333-4542.

"We have received NHTSA's notification and are cooperating fully with its Preliminary Evaluation. ARC Automotive has a 60-year record of serving our customers with products that meet the most stringent global safety standards, and we will continue to put our focus where it should be: on the safety and security of drivers." 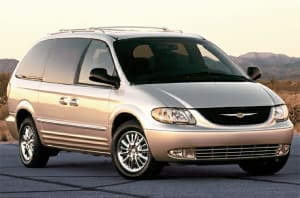