It's time for Corvette to attack Porsche

Autoline On Autoblog With John McElroy

John McElroy
For most of its existence, Porsche was a smug little sports car company with a fairly limited lineup and small but steady sales. Any time the company strayed from its air-cooled, rear engine formula, the purists would turn their noses. The 944? The 948? "Not a proper Porsche," they'd sniff. And then came the greatest sin of them all: the Cayenne. To the purists, this was treason. Porsche making an SUV? Horrors!

Of course, you all know how it turned out. Porsche grew to be a profit-generating juggernaut within the Volkswagen Group. And since one SUV wasn't enough they added another, the Macan. By the end of the decade Porsche will have quadrupled its global sales. You have to wonder what else it has up its sleeve.

Couldn't this be a lesson for General Motors? It has a terrific sports car brand in Corvette. In fact, it's arguably the most iconic brand within GM's full-line portfolio. But for its entire existence that brand has been locked up within Chevrolet.


Maybe it's time for GM to treat Corvette as a stand-alone company.

Maybe it's time for GM to unlock that brand and treat Corvette as a stand-alone company. A Corvette SUV could be a killer first step. Since Porsche only makes two SUVs, maybe Corvette could make three. Small, medium, and large. And just as Porsche has the Panamera, an executive sedan from team Corvette could become an instant "gotta-have" for the yacht-buying jet set.

Of course, the Corvette purists will cringe. And the biggest hue and cry will come from Chevrolet's US dealers. That's why the best place to launch the new Corvette brand would be far away from those franchisees: in China. Chinese consumers have no pre-conceived ideas that 'Vettes can only be sold in Chevy stores. And Chinese enthusiasts very much admire Corvette's historic pedigree.

You've no doubt read about how Chinese authorities are cracking down on conspicuous consumption. That makes the timing even better. Corvette's selling point has always been that it is an amazing bargain for the performance you get. What a perfect way to undercut Porsche. 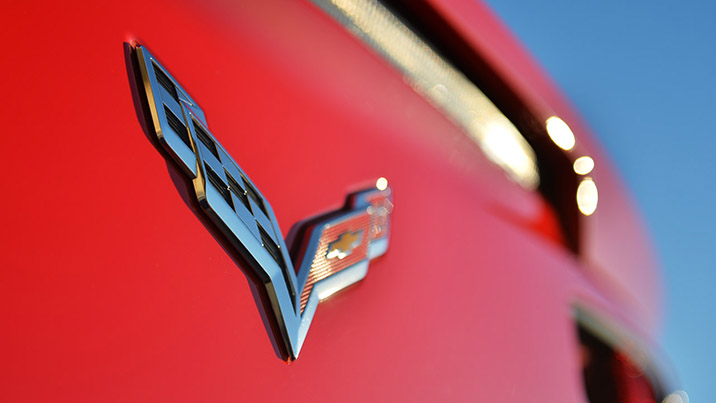 In fact, pairing the Corvette brand with Cadillac in China could be just the shot in the arm that Cadillac's Chinese dealers need. Despite having very competitive cars, Cadillac lags far behind Audi, Mercedes, and BMW. What Cadillac dealers need is a lot more showroom traffic. And a jaw dropping lineup of Corvette-branded vehicles could bring in throngs of buyers.

Once proven in China, the Corvette brand could then fan out all over the world. Who cares if the Corvette lineup competes with Cadillac? Does that stop the VW Group from having Porsche and Audi compete against each other? Of course not. They even share some vehicle architectures. If you want to dominate the luxury segment you have to tolerate a degree of product overlap with different brands. It's all about the power of those brands.

Besides, I think Porsche is vulnerable. Yes, its cars are a dream to drive. Yes, they have stunningly beautiful interiors. But the exterior styling? Meh. I can't believe how hard Porsche works to keep its exterior styling as bland as it is. This is where Corvette can go for the throat. It can beat Porsche with razor sharp styling. And finally it can give a green light to a rear, mid-engine exotic.

The sales numbers are intriguing. Last year Porsche sold 47,000 vehicles in the US market, with seven different models. Corvette sold 35,000 cars with one. Imagine what Corvette could do with more models in its lineup. I smell blood.

How much could unlocking Corvette add to GM's bottom line? One billion dollars? Two? Talk about boosting shareholder value.

Spinning the Corvette brand off on its own is not a new idea. Peter DeLorenzo, the Autoextremist, talked about this on my Autoline After Hours program some time ago. But now is the opportunity to strike. At a time when activist investors are beating the war drums and demanding that General Motors to do more for shareholders, isn't this is the perfect time to distract them with bright and shiny objects?

John McElroy is host of the TV program Autoline This Week and an automotive industry expert. He also hosts the web series Autoline Daily and Autoline After Hours.