Which Potential Collector Car Do You Prefer?

Jeremy Korzeniewski
Some cars, due to ultimate desirability, particular rareness, or spectacular performance/prestige eventually become collectible. It's darn near impossible to know which ones will make it into the rarefied stratosphere of collectibility – why is a late 1960s AMC AMX so affordable these days, whereas prices for late '70s Pontiac Trans Ams are soaring? – but there are some useful indicators to keep tabs on.

We're not exactly experts on investing, but we do know cars. As such, we've decided to take our non-expertise on one hand, combine it in the other with our knowledge of all things automotive, wad it up, throw it out and ask for your forgiveness. Or something like that.

I've challenged Senior Editor Seyth Miersma to choose a car he thinks will become a future collector's item that's not more than 10 years old, and for no more than $25,000. I've done the same, and we vigorously argued for and against each other's picks. I feel good about my choice, but I don't have the best track record in these contests (I've lost three times, won twice, but they've all been pretty close), so, while I'm not going to beg (please vote for me!), I do hope you find my argument convincing. But first, let's hear from Seyth: 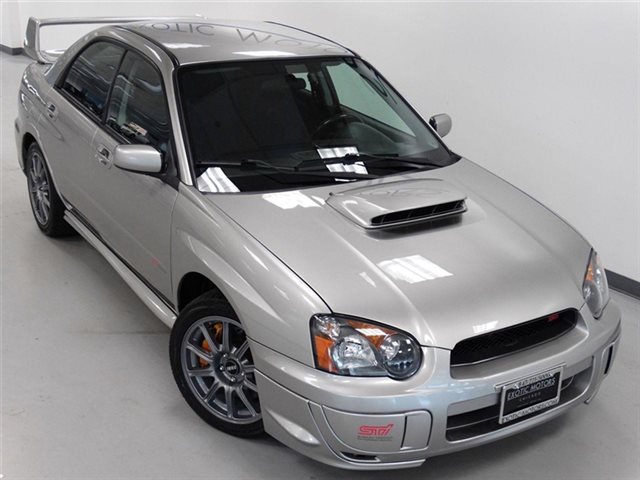 Miersma: Ten-years old or newer makes this challenging. At that age most vehicles feel like a plain old used car to me, few hit the "classic" button.

But the Subaru WRX STI has always been a special car, and the 2005 cutoff year proves to be very attractive for the parameters of our contest. It's rare; with fewer than 5,000 STI models sold that model year. It's probably the best looking WRX STI ever sold in America; narrowly avoiding the dreadful "horse collar" front fascia. And it's got one of the more die-hard car-geek followings out there.

For $25,000, you can also still find examples that have reasonable miles, are in good condition, and haven't all been molested by grown-up Initial D wannabes. With the street racers hacking up collectable examples every day, I like my odds for steep appreciation by way of conservation.

I couldn't agree more. It really is difficult to predict what cars will catch the eye of collectors, and the WRX STI seems like a pretty good choice. But I think mine is even better, and I can't let him know that I'd love to park just such an STI in my very own garage. And so goes my argument: 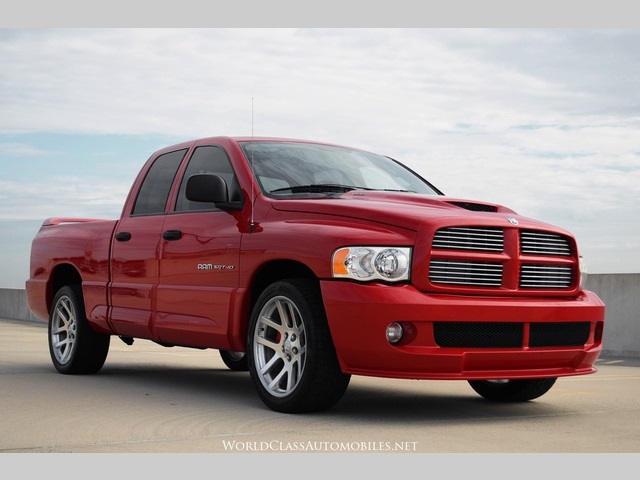 Korzeniewski: I like your choice as a driver, Seyth. I'm less convinced of its status as a sure-fire collectible.

For starters, the Mitsubishi Evolution is a rarer beast, selling in smaller numbers just about every year, as best as I can tell, and especially since 2015 will be its last year sold in its present WRX-fighting form. What's more, with so many non-STI WRXs on the road, seeing one of Subaru's rally-bred machines isn't exactly a stop-and-stare driving moment.

My Dodge Ram SRT-10, on the other hand, is rarer than not just the WRX STI, but the Evolution too, for that matter. According to the Viper Truck Registry (yep, it exists), there were just 3,305 Ram SRT-10 Quad Cab trucks built in 2005. Another 1,309 were built in 2006, and then production ended, forever. That's what I call built-in exclusivity.

Of course, I expect that Seyth will be wowed by the fact that there is already a Viper Truck Registry. Turns out he's not. Or at least he's not willing to let on. 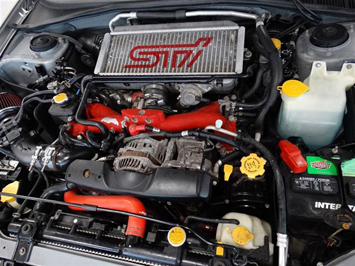 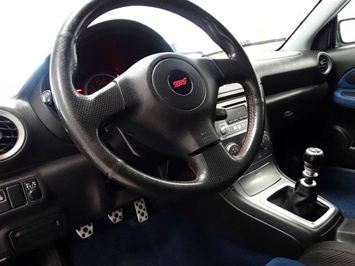 Miersma: The contemporary Evo would've been a good pick, too. But if you mean to suggest that the smaller volume Mitsubishi will somehow dull the appeal of the STI, I bet there are some folks at NASIOC, ClubWRX, and ScoobyNet that would set you straight.

But the question at hand isn't about an Evo, it's about that really fast truck you've picked out. It's a clever choice, I'll grant you. Never underestimate the desire of Americans to buy trucks. And the SRT-10 is definitely rare – unlike with the STI formula, Dodge could only convince people to buy an entirely impractical, enormously expensive show truck for so long. You've got that going for you.

Production figures don't come close to telling the full story though. The SRT-10 was purchased to be a collectable. STIs sold here were getting modified from the moment they peeled out of the Subaru lots. Brass tacks: the preservation rate for your Dodge is way higher than for my Subaru. Supply and demand will ultimately work out in my favor.

Figuring that Seyth is parroting "preservation rates" much more than actual desirability, I counter with stats. 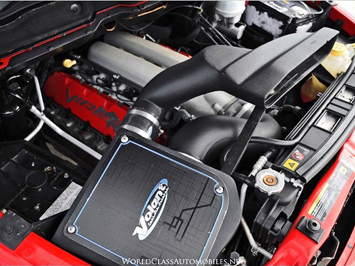 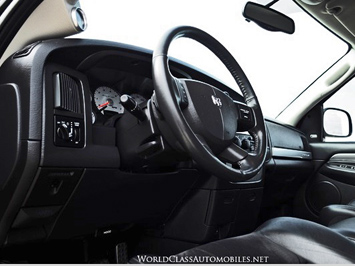 Korzeniewski: You started a debate by citing rarity, then balked when I pointed out that both the Evo and the SRT-10 were rarer. That's fine. Let's move on from that bit for now.

Let's talk power. As in, 8.3 liters, 10 cylinders, 500 horsepower and 525 pound-feet of torque. Routed to two fat rear tires, that equals smoky burnouts. And, when the traction issue is metered well, it results in an official factory 0-60 time of 4.9 seconds and a Guiness Book of World Records-verified 154.587-mile-per-hour top speed. That makes it the World's Fastest Pickup Truck, down to this day.

With engine output very clearly on my Ram SRT-10's side, Seyth goes back to his perceived rarity factor before mentioning what I knew would be the elephant in the room: rally racing victories. 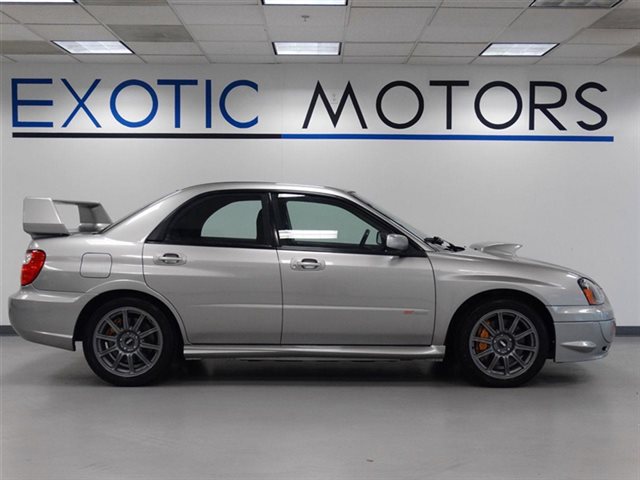 The Ram has a mighty engine, one well-suited for a straight-line truck. After all, 500 horsepower and 8.3-liters works out to a specific output of 60 hp/l. That's just a little worse that a Toyota RAV4 of the same vintage – I know, I know, I can't replace displacement or something.

Meanwhile the STI makes do with just 300 horsepower from a hornet-quick, 2.5-liter flat-four. It has legendary all-wheel-drive traction, can move from corner to corner like a ninja through a forest, and generally makes good use of every once of power a driver can dial up. The SRT-10 may have been the world's fastest truck, but it's still slower than the STI if there's, you know, one turn involved.

Most importantly, it has all of those attributes because it was conceived of and built by a racing team: Subaru Technica International. The same team that won three WRC constructors championships and aided three drivers in taking top honors. Talk about provenance.

If we weren't talking about an engine borrowed from the Viper, Seyth's horsepower-per-liter dig might hurt. But it doesn't, even a little bit, because we're talking about 500 horsepower and 525 lb-ft of torque. Also, what's with this "may have been the world's fastest truck" garbage? Time to correct that notion and to bring in the argument of usability – after all, we're talking about collectors' valuing these vehicles years down the line, and their current owners may want to actually use them in the meantime. 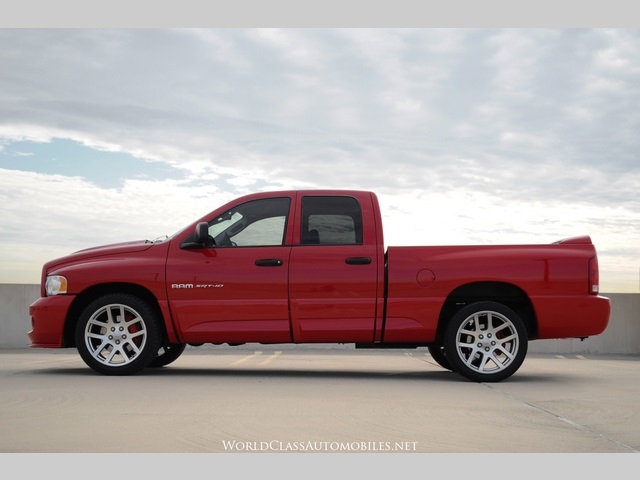 Korzeniewski: I'm certainly not going to argue that the Ram SRT-10 will be as quick down a winding road as the Subaru WRX STI, but that doesn't mean it won't be just as fun.

Not that practicality really enters too far into the equation, but it bears mentioning that the Ram SRT-10 is an investment that will prove quite practical for lots and lots of drivers. Not only is it supremely comfortable inside for five passengers, it also can tow as much as 7,500 pounds, or haul a load of practically anything in its pickup truck bed.

Surely Seyth will be won over by now, right? Well, not so much. Turns out he likes the SRT-10 just fine, he just thinks he's smarter than me. Which he might be. Still, I like my truck. Here's his closing argument: 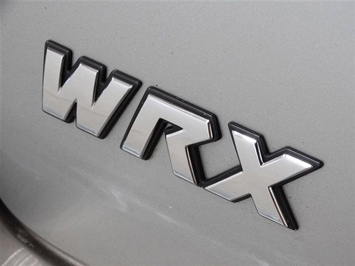 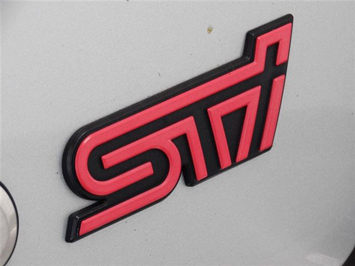 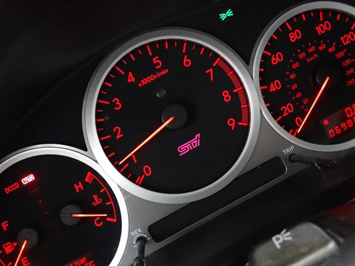 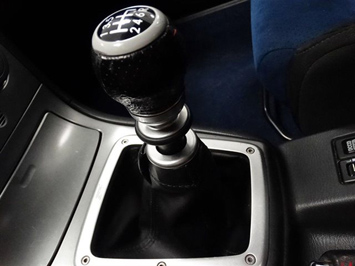 Miersma: Trucks are practical as a rule. Trucks that get nine miles per gallon in the city, on premium, and have a tabletop covering their beds, are slightly less so. But the SRT-10 isn't a good collector's item because of practicality; people want to savor it because it's so outrageous, and cool.

I still think the STI has a more collectable future. Consider this: The SRT-10 follows the muscle car idiom that's been selling vehicles to Baby Boomers for decades now. When it was new it was being bought by guys in their 50s, not 20s. And American classics sell for huge amounts to our parents' generation, because those were the cars they wanted when they were kids.

What did my generation of enthusiasts (and younger) want when they were kids? The cars that they used to conquer Gran Turismo; the cars they saw on TV and in movies; the cars that were winning races at the time. Sure, American iron like your Ram will still have a market when you and I are collecting social security, but it just won't have the emotional pull of stuff like my Subaru. Let's check back in twenty years to see.

I truly hope we can look back on this discussion in 20 years, and not just because I think I'm right. That said, it's now time to wrap up my own sentiments. 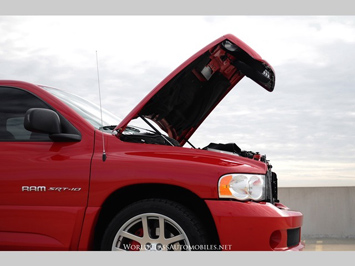 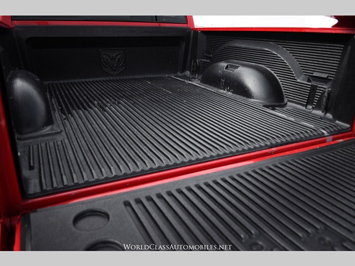 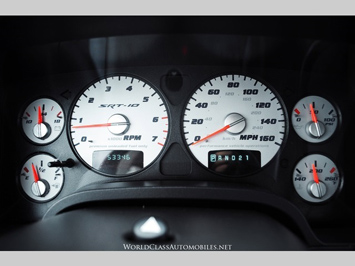 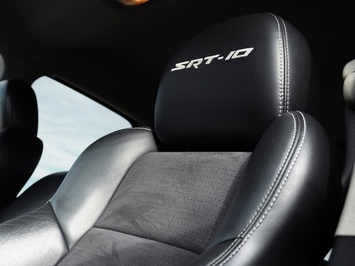 Korzeniewski: I'll conclude by thanking you for making my argument so easy, Seyth. As you say, the SRT-10 follows a well-known formula for picking classics. Most powerful engine, low production numbers, outrageous and cool. That's the Ram SRT-10.

Now, I know you're a gamer, Seyth, and you know I'm not. But I'm also not a Baby Boomer, and I think the idea of a Viper-powered pickup is just plain awesome. It was awesome in 2005, and it's still awesome in 2015. And it won't be any less awesome in 2025, 2035 or whatever time in the future when the idea of burning fossil fuels for transportation (especially at nine mpg) will be absurd.

And absurd, in this case, equals collector-quality desirability.

With that, our arguments are over, and we turn the discussion over to you. Which of us has picked the better potential collector car? Have your say in the poll below.