We ride along with Shut Up and Drive

Rhys Millen Gets His Lexus Dirty While We Hang On Tight

Shut up and drive. It's one of the few automotive-related directives that works as well as a command as it does as a show premise. But we didn't know that – the show premise part – until we got invited to Gateway, CO, to watch the show Shut Up and Drive being filmed.

The concept is brilliant: find a great driving road, have the police shut it down for a day, have two racing drivers compete to set the best time. Even better, it's drivers like you that submit your favorite roads, which the show's executive producer, Robert Dalrymple, narrows down to three potential choices for a particular episode. Then you get to vote on which road gets the nod.

One of those two racers is Justin Bell, former class winner at Le Mans and FIA GT2 World Champion who also hosts The World's Fastest Car Show. His co-host is Rhys Millen, multiple-time Pikes Peak winner, Global Rallycross Racer, and mercenary drifter. Millen has just replaced Townsend Bell (no relation to Justin) midway through the third season because of Townsend's other racing commitments.

For episode three of this season we flew out to Grand Junction, CO, then drove the 53 miles to Gateway, which would be home base. The town of Gateway might have more than one horse, but it's built around one establishment: the Gateway Canyons Resort & Spa, built by the man who founded the Discovery Channel. Laid out to be a car lover's dream, it has its own auto museum, experiences like high-speed rides in a Baja truck, and a stable of rental cars for exploring the local roads that includes a Bentley Continental GT and a Ford GT.

From there it was another 30 miles south of Gateway on 141 to the set, in a place called Paradox, CO, that you'd need the help of a satellite to find. A two mile-course had been set up, and the drivers would take a few turns going over it together and then racing it. The one with the best time wins – you know, racing – and there's your show.

I'll admit to disappointment when I heard that the race was only two miles long – 141 is a nice road, but the start and finish lines didn't bound any particularly compelling challenges that I could see, except for a hard left at the top of a 200-foot drop followed by a big 180. The remains of two cars that didn't make that left in time were rotting at the bottom of the canyon. 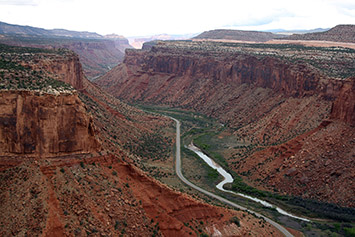 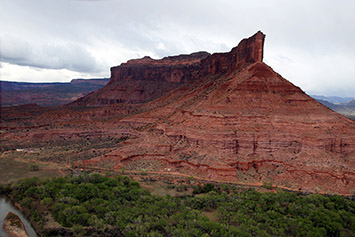 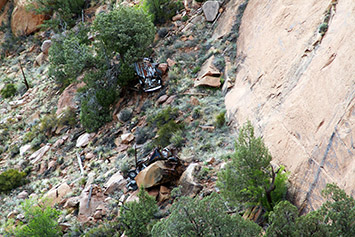 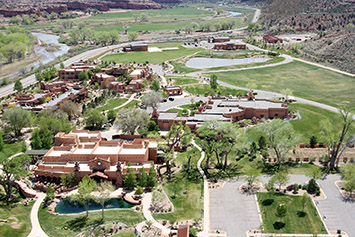 During a break in filming after Bell and Millen had done their race runs I asked Dalrymple to have one of the drivers take me through the course and talk me through the intricacies they dealt with at red-mist speed – intricacies I had so far missed – and hopped in a car with Millen. I hadn't made this clear, but I expected to do the two-mile run at the speed limit or thereabouts while Millen mesmerized me with a Ted Talk on all of the hidden jewels in this 10,560-foot chunk of asphalt.

At the start, Millen hit the gas. Screw the speed limit, this was another race run. And in less than 200 feet I knew what was so fascinating about Highway 141.

I've done plenty of hotlaps with plenty of racing drivers, they're still quite a bit of fun, and each one is still instructive. But it's a kind of fun I'm used to having.

All those laps were done on a track, though. This was a hot run on a public road in a car I'd never been in, and we were at Rhys Millen's limits, not my limits. All of sudden boring old Highway 141 was the most exciting place on Earth. It should have been obvious to me that it would come alive at bullet velocities, but it wasn't. Ah well, I learned. What I remember most about the drive are the thoughts I had, like, "This is really fast," and, "I thought you weren't supposed to put two wheels in the dirt," and, "My, that cliff is a lot closer than I remember." It's the first time in memory that I've reached for a grab handle for some other reason than a mere need to hold on. 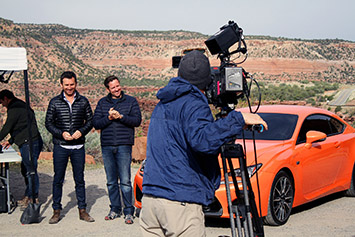 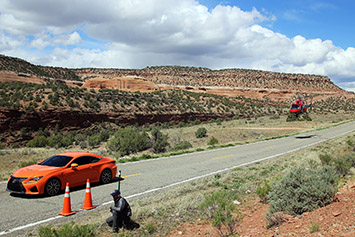 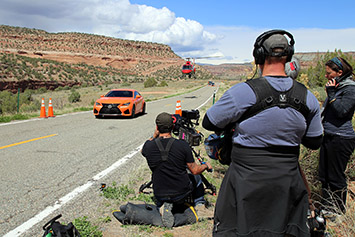 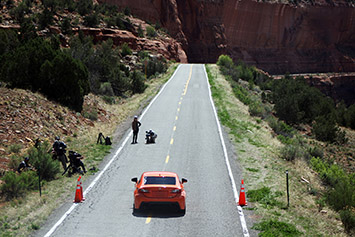 I didn't actually grab the handle though, and I must make a correction: we weren't at Millen's limits at all. He did deliver that Ted Talk the whole way through the course, and I thought, "If he's talking he must be cruising, so I'll just sit right back here and – why is he driving in the dirt?!" I don't remember anything he said. It was the most intense two-mile course I've run since I quit high school track.

That brings us to the Lexus RC F. Lexus sponsors the show, which is the reason every episode uses a Lexus product; it used to be the IS F, now it's the RC F. Before that ride I'd never been in an RC F. Now I'd like to try one for myself.

When we were finished, Millen rejoined Bell to shoot the final segment in which Ashley, this episode's timekeeper, reveals the drivers' times.

But we've said enough. You can check out previous episodes and vote on the next drive at its online portal or on the Lexus channel on YouTube. This episode airs Sunday, May 3 on Fox Sports 1 at 3:30 PM EST, where you can find out if show-veteran Bell or new-guy Millen takes the win.

Featured GalleryShut Up and Drive