The joint development of the new Jeep Renegade and Fiat 500X goes to show what the combined efforts of the Fiat Chrysler Automobiles group can yield. But don't expect the Italian-American automaker to stop there.

According to Autocar, the company is planning to base another pair of larger SUVs on the same platform. The Jeep version would take the place of the previous Compass and Patriot, slotting in between the Renegade and Cherokee. Meanwhile, the Fiat version would further bolster the Cinquecento lineup to sit alongside the 500 hatchback, 500L minivan and 500X crossover.

Details remain few and far between at the moment, but they wouldn't be the extent of the growth plans for either brand. Jeep is reportedly zeroing in on a decision on the long-rumored sub-Renegade model, while also preparing to expand up-market with the return of the Grand Wagoneer.

Fiat is reportedly abandoning the prospect of offering a full model line as it once did. While the 500 range will continue to form a vital part of the brand's business, it's also tipped to be going after the no-frills, bare-bones market dominated by Renault's Dacia brand. To that end, it would seek to build upon the Panda by offering a larger, but still low-cost hatchback to rival the Ford Focus and VW Golf, and succeed the discontinued Fiat Bravo, but based on the 500L's platform and built in Turkey to keep costs down.

This second pillar of the Fiat brand wouldn't likely be offered in the US, however, where we'd expect the 500 line to continue representing the Italian automaker. 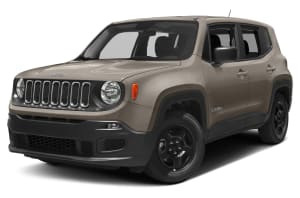