The issue, NHTSA told The Detroit News, centered on a loose pinion nut, which could cause the rear axle to seize and, potentially, the driveshaft to detach. The affected vehicles were built between January of 2004 and August of 2005, while of the 280,000 trucks, only 257,000 were sold in the US market.

According to The News, the recall will begin on February 13, and will see owners report to dealerships to have "a retention feature" added to the pinion nut. 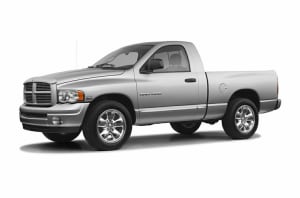