Will copyright law stop you from working on your car in the near future?

"It gives manufacturers the power to control secondary markets by leveraging the copyright law, if it doesn't include enough of a safety valve." – Kit Walsh

Plan on repairing or modifying a car in the garage this weekend? You might want to first consult a copyright lawyer.

In a development that illustrates just how much cars have become mobile computers on wheels, a privacy group is warning mechanics and car enthusiasts that tinkering with the computers that run dozens of vehicle components, without a manufacturer's approval, may constitute a copyright violation.

The Electronic Frontier Foundation, a nonprofit watchdog, says the Digital Millennium Copyright Act may prohibit modifying the code that runs these small computers, known as electronic control units ( ECU). The organization is asking the US Copyright Office to exempt hobbyists and home mechanics from the law. In the petition, the EFF asks the office to eliminate the legal risks posed to vehicle owners who are "engaged in a decades-old tradition of mechanical curiosity and self-reliance."

Once every three years, the Copyright Office holds hearings to consider whether certain activities should be exempt from the DMCA's Section 1201, which restricts people from circumventing technological measures that control access to "protected works." No dates have yet been set, but a ruling is expected by mid-2015.

"The general principle at stake is that people who own a device are the ones in control of what it does, rather than be constrained to use it only in the way a manufacturer wants," says EFF staff attorney Kit Walsh. "The idea of ownership, in a way, is under threat when the law prevents you from altering a product in any way."
Needed: Access To ECUs

In the past, it may have seemed preposterous to lump a gearhead tinkering with his car under the same digital umbrella that catches people who jailbreak their phones. But today, dozens of ECUs run almost all vehicle functions, including the performance of the engine, steering and brakes. These units are run by computer code that automakers consider proprietary.

Both professional mechanics and everyday hobbyists increasingly need electronic access and expertise in ECUs and the software that runs them.

One activity, for example, that falls into a gray area under the DMCA law would be modifying an ECU in a manner that boosts engine performance or, conversely, fuel economy. Another questionable activity may be using extra memory on an ECU to create or customize a specific feature in a car's telematics unit.

At present, there's no known case in which an automaker has pursued litigation against an individual under the banner of a DMCA violation. At worst, it seems a car owner runs the risk of voiding their warranty by altering these codes. But that could change. 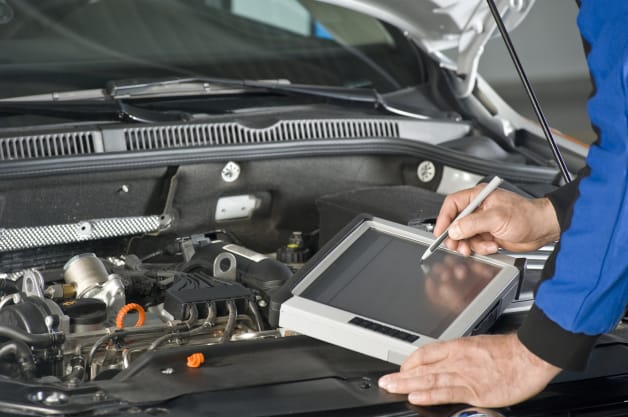 As automakers enhance this software, technology will soon allow them to sell upgrades and customized features to individual customers on an individual basis. Want that extra 40 horsepower? You can buy it on a memory stick. Desire a specific ring tone for your car? Download it from an OEM's website.


"Companies like Lexmark cannot use the DMCA in conjunction with copyright law to create monopolies of manufactured goods." – Judge Gilbert S. Merritt

As this capability becomes readily available, these ECU remapping services could become a lucrative revenue stream for automakers. All the more reason, potentially, for OEMs to consolidate their rights to the ECU codes and lock out competitors.

For the aftermarket, this is worrisome territory. Many businesses already offer these ECU remapping services, which are also known as "chipping" and "tuning," depending on the particular enhancement offered.

The Specialty Equipment Market Association ( SEMA) says it partners with automakers to provide access to the code that allows them to create vehicle-personalization products. "Our hope is that we can continue to work with the OEMs so that the aftermarket manufacturers are able to create the best possible products for consumers," said Mike Spagnola, vice president of relations and product development for SEMA.

Interpretation Could Have Broad Impact

Hypothetically, the EFF says, the likes of General Motors, Honda and Ford could supply ECU codes only to repair companies they contract with – or steer that business entirely to authorized dealerships. Car owners' power to choose where they want their car repaired could be diminished.

"That's exactly what can happen, and we've seen the DMCA used to extend monopolies before," Walsh said. "It gives manufacturers the power to control secondary markets by leveraging the copyright law, if it doesn't include enough of a safety valve to allow for lawful uses."

The Copyright Office has granted prior exemption requests during the course of previous reviews of the DMCA, which Congress passed in 1998. If an exemption is granted, it must be reviewed every three years, according to the office, which says that 44 requests for exemption have been filed this year.

The Auto Alliance, a Washington DC trade group that represents the interests of major automakers, did not have an immediate position on the petition, according to a spokesperson. 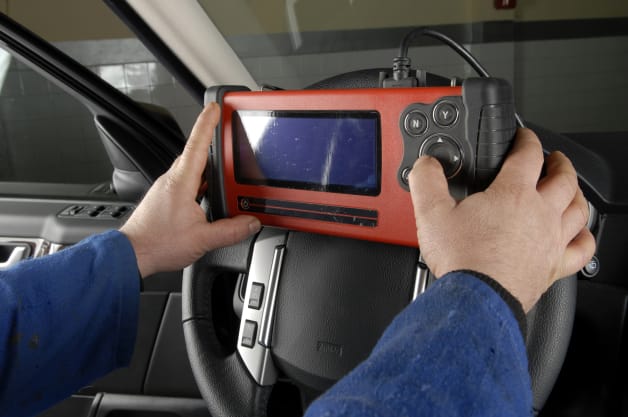 
"The idea of ownership, in a way, is under threat when the law prevents you from altering a product in any way." – Kit Walsh

If there's any precedent for how the Copyright Office might view the automotive petition, it comes from a ruling in a 2012 lawsuit over printer cartridges heard in the Sixth Circuit Court of Appeals, in which judges ruled the circumvention of a computer chip that ensured only authorized toner cartridges worked Lexmark printers did not violate the DMCA.

In writing the majority opinion, of the judges emphasized the broad intent of the ruling. "We should make clear that in the future, companies like Lexmark cannot use the DMCA in conjunction with copyright law to create monopolies of manufactured goods for themselves," Judge Gilbert S. Merritt wrote.

The ruling is framed in terms of accessibility. It upholds the idea the copyright law protects the original work, but says the law does not protect a security measure, such as a lockout code, designed to protect the original work.

It's not yet known how precisely another court could apply that ruling to a case involving ECUs inside a car, but the alternative, Walsh said, could imperil anyone who enjoys working under the hood of a car. "Imagine opening the hood," he said, "and you're looking at your engine and everything is in black boxes, and you don't have any of the keys for the locks."
X