At the Geneva Motor Show earlier this year, Kia showcased a new diesel hybrid powertrain. And at the rapidly approaching Paris Motor Show, it will present that new technology in the Optima sedan concept you see here.

Called the Kia Optima T-Hybrid, the concept mates a 1.7-liter diesel with both a turbocharger and electric supercharger to a small electric motor and a 48-volt lead-carbon battery. The mild hybrid setup allows it to travel in electric-only model at low speeds and at cruise, regenerating brake power to recharge the battery. Kia said it chose the lead-carbon battery pack over lithium-ion because it's easier to recycle and does not require active cooling.

Because the powertrain is still under development, Kia isn't saying what kind of fuel economy or emissions figures it gets in the Optima T-Hybrid concept, but it is targeting a "significant reduction" in emissions and fuel consumption, while delivering 15 to 20 percent more power. Check out the system in action in the video below.

The Kia Optima T-Hybrid (turbo hybrid) concept is powered by the model's existing 1.7-litre CRDi turbo-diesel engine, paired with a small electric motor, powered by a 48V lead-carbon battery. The diesel-electric powertrain concept, which was previewed at the 2014 Geneva Motor Show, enables the Optima T-Hybrid show car to be driven in electric-only mode at low speeds and when cruising, with deceleration serving to recharge the battery pack.

Lead-carbon batteries were chosen for the mild hybrid powertrain as, unlike lithium-ion batteries, they require no active cooling and are easier to recycle at the end of the unit's lifecycle.

The vehicle features a zero-emissions stop-start system, and a new belt-driven starter generator replaces the conventional alternator, meaning the engine can restart with almost no noise or vibration. Installing the powertrain in the Optima sedan has enabled engineers to fit a smaller vehicle battery and starter motor, enhancing weight distribution and handling.

Still under development, no specific performance or fuel economy figures are confirmed for the powertrain or its application in the Optima T-Hybrid show car. However, Kia's engineers are targeting a significant reduction in CO2 tailpipe emissions and fuel consumption and a power increase of between 15 to 20 percent for any model which could be equipped with the new powertrain. Currently, the Optima's 136ps 1.7-litre engine produces CO2 emissions of 128 g/km (when fitted with ISG stop-start).

"In future, our mild hybrid powertrain could offer Kia customers greater performance and lower running costs, without sacrificing the qualities they expect of a Kia car – enjoyable handling, a comfortable ride and high quality. Demonstrated for the first time in the Optima T-Hybrid, the technology will lower the total cost of ownership of our cars, yet still keep them affordable as an outright purchase for customers," commented Michael Cole, Chief Operating Officer, Kia Motors Europe.

"The new mild hybrid system is our flagship technology for improving the efficiency of our internal combustion-powered models. In future, technology such as this will help Kia further reduce fleet emissions in Europe," added Cole.

While under development, no plans have been confirmed yet for mass production of the Kia Optima T-Hybrid show car. The T-Hybrid powertrain remains under consideration for new Kia models in the future.

About Kia Motors Corporation
Kia Motors Corporation (www.kia.com) – a maker of quality vehicles for the young-at-heart – was founded in 1944 and is Korea's oldest manufacturer of motor vehicles. Over 2.7 million Kia vehicles a year are produced in 10 manufacturing and assembly operations in five countries which are then sold and serviced through a network of distributors and dealers covering around 150 countries. Kia today has around 48,000 employees worldwide and annual revenues of over US$43 billion. It is the major sponsor of the Australian Open and an official automotive partner of FIFA – the governing body of the FIFA World Cup™. Kia Motors Corporation's brand slogan – "The Power to Surprise" – represents the company's global commitment to surprise the world by providing exciting and inspiring experiences that go beyond expectations. 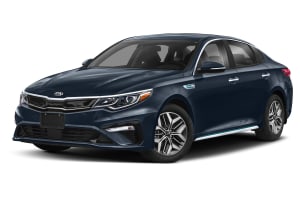 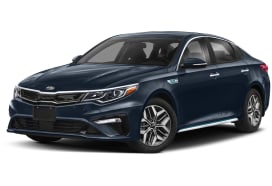 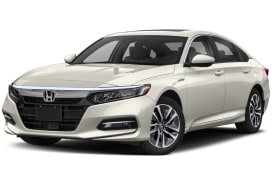