The bill targets any speed-control devices that are capable of automatically producing a recorded image of an alleged violation.

New Jersey may soon prohibit other states from issuing traffic citations to its residents for alleged violations that were caught on speed or red-light cameras.

Lawmakers in the Garden State have introduced a bill that would stop New Jersey's Motor Vehicles Commission from providing license-plate numbers or other identifying information to another state or an interstate information network for the purpose of doling out a fine.

"I've been getting loads of complaints from people," state senator Nick Sacco told The Star-Ledger, the state's largest newspaper. "They drive to Virginia to visit relatives. They go through Maryland. They come back home and start receiving tickets in the mail. And they swear that they're not speeding; that they're keeping up with the traffic."

Introduced in the state assembly last month and in the state senate last week, the bill targets any speed-control devices that utilize cameras, vehicle sensors and are capable of automatically producing a recorded image of an alleged violation. It has a measure of bipartisan support: Republican Declan O'Scanlon sponsored the bill in the assembly, while Sacco and another Democrat sponsored the bill in the senate.

One of the main criticism of the speed and red-light cameras is they penalize the registered owner of the vehicle, not necessarily the driver of the vehicle. When weeks pass by before owners even know they have been been implicated by a camera, that's a problem.
"How are you going to defend yourself against that," asks Steve Carrellas, the head of the New Jersey chapter of the National Motorists Association, which has applauded the state's proposed legislation. "In the old-fashioned way, a police officer looks at your license and you at least have a chance to have some explanation or you have the opportunity to talk and the officer can use the appropriate discretion." 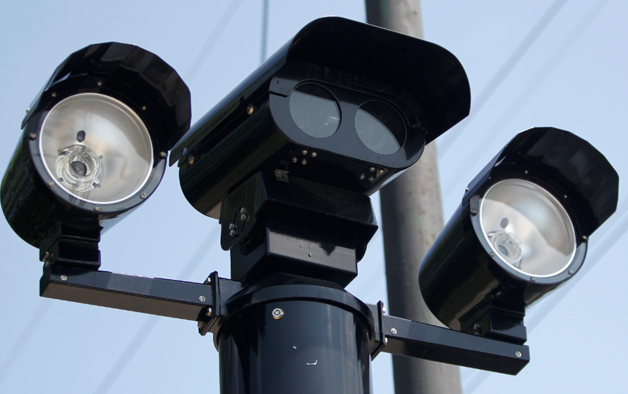 
Speed cameras have been so unreliable in Baltimore that city officials decided to scrap the system.

The bill comes at a time of increased scrutiny for automated traffic-control devices. Last month, the Chicago Tribune revealed there were sudden and unexplained surges in the number of traffic tickets doled out by red-light cameras in the city. Violations would spike for a number of days then "abruptly dropped back to their previous levels."

Speed cameras have been so unreliable in Baltimore that city officials decided to scrap the system and spend $450,000 to replace it last year, and the same system is now facing criticism in nearby Howard County, where the Baltimore Sun reports that the speed cameras show more violations for cars speeding than there were actual cars on the road.

New Jersey isn't the first state to seek such legislation. In fact, it's proposed law is based on one in South Dakota that's been signed into law. The bill passed through South Dakota's state legislature earlier this year, in part because lawmakers were angered by speed traps set across the state line shared with Iowa and said it did not provide "due process with the law."

Speed and red-light cameras are supposed to make driving safer by changing driving behavior over time, but increasingly, critics say the safety benefits are dubious and the cameras are nothing more than revenue generators for states and municipalities. Rather than improve traffic safety, a 2008 study conducted by University of South Florida researchers found they "significantly" increase crashes.


"It sends a dangerous message that if you go into another state, you can't get into trouble." – Jonathan Adkins

"It sends a dangerous message that if you go into another state, you can't get into trouble, so that does raise concerns," he said. "It's a sign of the times, though. A lot of these automated enforcement programs haven't been run in model ways."

He cites the examples of Chicago, Baltimore and other notable problems in Washington D.C. as specific examples of problematic deployments of traffic-control cameras. More broadly, he said the idea that speed or red-light cameras serve primarily as revenue generators for local municipalities has contributed to a backlash. At least 31 local municipalities have put traffic-camera measures on their ballots since 1991, and voters opposed their use 30 times.

Position of cameras should be apparent to motorists, Adkins argues. He says they should be well-marked with signs along the roadway, advertised on social media and discussed openly within communities. The goal, he says, should be to change driver behavior, not implement a "gotcha" scheme that leads to municipalities becoming dependent on new revenues.

"It's important for communities to be open about it," he said. "When you publicize it, the behavior really does change over time, and then drivers don't just change their behavior at one intersection, they start to carry it to the next intersection. It changes the way we view intersections." 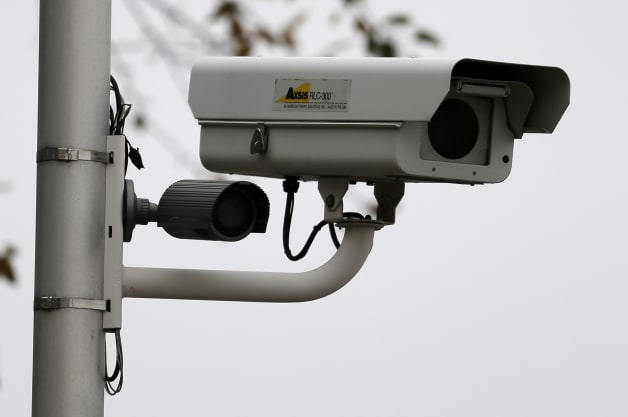 "New Jersey Is At A Crossroads"


"I think we're seeing the start of the downfall of automated enforcement." – Steve Carrellas

Two potential complications for the New Jersey bill: It is unclear how the state's Motor Vehicles Commission would prohibit information from being passed along an interstate network for automated enforcement, but still allow for the flow of driver information in the case of a real-life police officer pulling over a New Jersey driver in another state. A spokesperson for the agency said it could not comment on the pending legislation.

A few states, including California and Arizona, may treat certain traffic charges generated from cameras as criminal offenses. In the case of the South Dakota law, US News and World Reports raises the possibility they may be exempt from the law.

Within New Jersey, traffic-enforcement cameras are, of course, still allowed. The Garden State is at the tail end of a multi-year pilot program in which its evaluating the effectiveness of the devices in about two dozen communities. The program is set to end in December. It would need to be renewed by the state legislature.

"New Jersey is at a crossroads," Carrellas said. "This pilot program is coming to an end, and it's had lots and lots of problems. ... I think we're seeing the start of the downfall of automated enforcement. We're seeing an uptick now, and we expect to this to catch on in other states."