General Motors has just announced pricing for its new midsize pickup trucks, the 2015 Chevrolet Colorado and GMC Canyon. Chevy's truck starts at $20,100, *not including $895 for destination, and the GMC starts at $20,995, **not including $925 for destination. These prices are for the base, extended cab models with the 200-horsepower, 2.5-liter inline four-cylinder engine.

Comparatively, these prices fit nicely with the $18,125 starting MSRP of the Toyota Tacoma and the $21,510 of the Nissan Frontier. Compared to the Colorado, the Canyon's extra $895 gets you niceties like LED running lamps, 16-inch alloy wheels, and a four-way power driver's seat.

Both trucks come standard with the 2.5-liter engine, and a more powerful, 305-hp 3.6-liter V6 will also be available. Pricing has not been announced for the upcoming diesel model, which is expected to launch for the 2016 model year.

Optional features on the trucks include GM's new 4G LTE connectivity with a built-in wifi hotspot, forward collision alert, lane departure warning, and the GearOn accessory system. Specific option pricing has not been released as of this writing.

Scroll down for the full details in the pair of press releases.
Show full PR text
2015 Chevrolet Colorado Starts at $20,995

Standard features will include a 200-horsepower 2.5L four-cylinder engine with direct fuel injection and continuously variable valve timing for strong midrange torque; a 6-speed manual transmission; power windows with express up for the driver; a rear-vision camera with dynamic guide lines; and a locking tailgate.

"Colorado is an all-new midsize pickup that offers truck customers great versatility and great value," said Tony Johnson, Colorado marketing manager. "It will also have strong appeal for people who know they want a truck, but want one that is easier to maneuver in traffic and easier to park at work or at home."

Available options will include a 305-horsepower 3.6L V-6, also with direct fuel injection and variable valve timing; a 6-speed automatic transmission; 4G LTE with a built-in WiFi hotspot; Forward Collision Alert and Land Departure Warning; and the GearOn™ accessory system, a comprehensive solution for organizing and carrying bikes, paddle boards and other equipment.

Colorado customers can chose from two cab configurations, extended-cab and crew-cab. Crew-cab Colorados will offer a choice of 5- or 6-foot boxes; extended-cab models come with the 6-foot box.

Other Colorado models also will offer great value. For example, the Colorado LT crew cab with 2WD and the 5-foot box has a starting price, including dealer freight, of $27,985. The Colorado Z71 crew cab 4x4 with the 5-foot box starts at $34,990.

DETROIT – Pricing for the all-new 2015 GMC Canyon mid-size pickup will start at $21,880, including a $925 dealer freight charge, GMC announced today.

"The all-new Canyon provides a one-two punch that customers tell us they've been waiting for," said Canyon Marketing Manager Kenn Bakowski. "Now they can get a premium vehicle in terms of styling, features and technology, with all the inherent capabilities and maneuverability of a mid-size pickup."

Available options include the 3.6L V-6 engine with direct injection and variable valve timing, a six-speed automatic transmission, Bose premium seven-speaker audio system, and the GearOn™ accessory system, a comprehensive solution for organizing and carrying bikes, kayaks and other equipment.

The new Canyon will be in dealerships this fall. Detailed pricing information and EPA-estimated fuel economy ratings will be announced closer to vehicle availability. 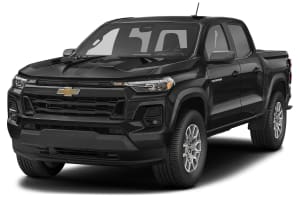 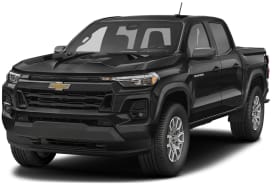 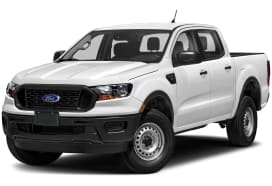 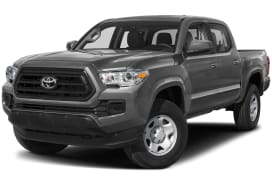