If you're enticed by the idea of a Porsche sedan but find the Panamera to be too big, your hopes may have been raised by the development of the so-called Pajun. But don't get those hopes up too much, because the latest word coming in from the Old World has it that the Panamera Junior has been delayed.

The Pajun was (and theoretically still is, despite tardiness) a project to apply to the Panamera the same winning formula that Porsche used to transmute the Cayenne into the smaller Macan. Its size would be closer to the BMW 5 Series and Mercedes E-Class than the larger Panamera, and employ an array of six-cylinder engines.

The smaller five-door was set to be the cornerstone of Porsche Product Strategy 2018, a plan that included several new models to be launched within the next four years. However, reports now indicate that the Volkswagen Group is counting on Porsche to help bolster its profits and is not keen on investing in new products at this time, pushing the Pajun and other projects back until 2019 at the earliest. Although much of the strategy remains undisclosed, it is believed to include (or have included) a sub- Boxster sports car and a supercar to slot in between the 911 and the 918 Spyder. There was also talk of a shooting brake version of the Panamera based on the Sport Turismo concept pictured above. What will become of those projects, however, remains to be seen.

Whether the correlation has been so directly drawn in the boardrooms in Wolfsburg and Stuttgart or not, the bottom line is that Porsche (and its parent company) have been pouring untold millions into the LMP1 program, so budgets may be too stretched to afford developing new products. Which would be a somewhat ironic reversal of the same situation in the late 1990s when Porsche effectively shut down its Le Mans racing program in order to finance the development of the Cayenne – a model that would propel the company into profitability. 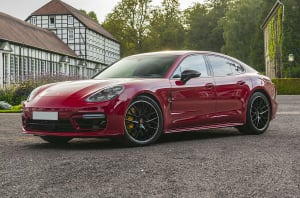 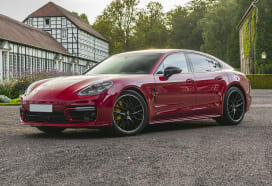