It was just a couple of weeks ago that Audi revealed a few mild updates to its A7. It even ported those changes over to the warmed-up S7 performance version. All that was missing was the full-steam RS7, and that's precisely what we have here.

Now before you get all excited, note that the new RS7 packs the same powertrain as the model it succeeds, but then again, the existing RS7 hardly lacked in the power department. The 4.0-liter twin-turbo V8 still churns out 560 horsepower and 516 pound-feet of torque, transmitted to all four wheels through an eight-speed automatic. Revealed initially for the European market (with US details presumably to follow), the 0-62 kilometers per hour time is quoted at 3.9 seconds, so the 0-60 mph time ought to match the 3.7 seconds of the preceding model.

What has changed are the subtle tweaks Audi has made to the exterior and equipment upgrades inside. The grille now features has a horizontal section at the bottom with the Quattro logo emblazoned across like all other recently revised RS models, flanked by new headlights ( Matrix LED units for the European market). Inside the cabin the air-con vents and shift paddles have been reshaped, and the new MMI system ports over from the new A7 and S7 with 4G LTE connectivity and a Bang & Olufsen sound system.

Buyers will be able to opt for a differential on the rear axle, adaptive dampers, dynamic steering, carbon-ceramic brakes, 21-inch wheels (instead of the standard 20s) and a top speed raised from 174 mph to 190. This version of the RS7 is set to arrive sometime next year as the 2016 model, by which time we should have a handle on pricing and availability. In the meantime, you can scope out the details in the press release below.
Show full PR text
Ingolstadt/Neckarsulm, 2014-06-02
Even more defined: The revised Audi RS 7 Sportback

"The Audi RS 7 Sportback confirms the reputation of the RS models as the superior, top athletes of our brand," states Prof. Dr. Ulrich Hackenberg, Member of the Board of Management for Technical Development of AUDI AG. "The combination of a powerful four‑liter V8 engine with cylinder on demand technology, quattro drive and intelligent lightweight design makes the RS 7 Sportback an outstanding piece of sports equipment for any fan of dynamic and yet efficient driving."

Even at first glance, the Audi RS 7 Sportback reveals its dynamic character – the long engine hood, the sporty and flowing C‑pillars and the sharply sloping rear end form an aesthetic overall impression. New design details add striking touches. They include the Singleframe grille with the black honeycomb typical of RS models, with the corners now even sharper and more distinctive. Three optional packages – matt aluminum, gloss black and carbon – make the look of the RS 7 Sportback even more distinctive. The central front air inlet bears the quattro lettering. Slight modifications have also been made to the bumper, with its distinctive air inlets.

The headlights, also adapted to the new Singleframe, come with LED technology as a standard feature. On request, Audi provides the headlights with the innovative Matrix LED technology, available exclusively on the RS 7 Sportback with additionally darkened trims. This offer also includes turn signals with dynamic display at the front. At the rear they are generally standard. The tail lights also have a new interior design. New to the paint finishes are the colors Floret Silver, metallic; Glacier White, metallic; Mythos Black, metallic and Sepang Blue, pearl effect.

In the elegant black interior, dominated by the RS sport seats, the designers have discreetly revised the instrument cluster: the air outlet controls of the vent nozzles, the shift paddles behind the steering wheel and the quattro emblem on the instrument panel. The standard MMI navigation plus with MMI touch now uses the modular infotainment platform of the latest generation; its highlight is an efficient graphics processor from Audi's partner, Nvidia.

An eight‑speed tiptronic tuned for sporty performance, with a tall eight gear, directs the power of the eight‑cylinder engine to the quattro permanent all‑wheel drive. On request, Audi will combine quattro all‑wheel drive with the optional sport differential on the rear axle.

The RS adaptive air suspension, together with adaptive damping, standard on the RS 7 Sportback, lowers the body by 20 millimeters (0.8 in); its control is incorporated in the Audi drive select driving dynamics system. Audi offers the tauter RS sport suspension plus with Dynamic Ride Control (DRC) as an alternative. A further option is dynamic steering, with its continuously variable steering ratio. 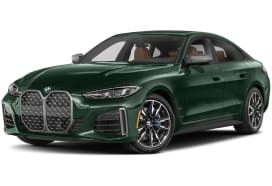 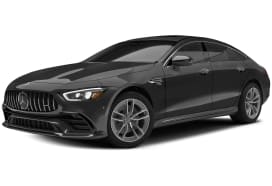