In a move to spur sales of the Malibu, Chevrolet apparently is betting against its own Malibu Eco mild-hybrid by improving the base model's fuel efficiency in addition to updating the styling and interior, Automotive News reports. That's right, for 2014 the standard Malibu matches the Eco's 29 miles per gallon (for combined city/highway driving) through the use of stop-start technology and Intake Valve Lift Control on the base 2.5-liter four-cylinder engine, as well as a revamped transmission. In other news, the Eco's highway fuel efficiency fell one mpg to 36.

These developments beg us to ask two questions: Why would one buy the eAssist-equipped Malibu Eco, which is more expensive by about $2,300 and more complex than the base model, when it offers no fuel economy advantage? Do improvements to General Motors' internal combustion engines make its eAssist mild-hybrid system a moot point? They're questions General Motors must carefully consider as it plans to spread the system to much of its vehicle lineup. Pam Fletcher, executive chief engineer for electrified vehicles, says GM is improving eAssist, according to Automotive News, and it will "place it strategically where it makes sense and where the customer benefit is there."

But as it stands, the Malibu beats fuel economy figures of the base 2014 Ford Fusion and Toyota Camry, as well as the base 2013 Kia Optima and Hyundai Sonata ( EPA hasn't tested 2014 Optimas and Sonatas yet) - no electric motor needed. 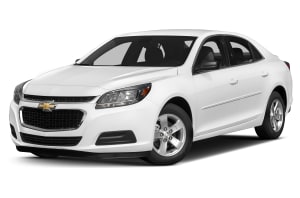