Last year about 80 examples of the 2011 Lotus Evora S were recalled over an issue with the oil feed pipe. The same number of 2011 Evora S', but with different manufacture dates, are back in the recall box again for a very similar issue; this time it's the engine oil cooler hose that could rupture and spray oil either onto the rear wheels or a hot engine part. Neither of those cases is good, and the latter could potentially lead to a fire.

CONSEQUENCE:
Engine oil may be ejected onto the road or rear wheels which could cause a reduction in vehicle control and potential engine failure, increasing the risk of a crash. Engine oil sprayed onto a heat source may also lead to a vehicle fire.

REMEDY:
The remedy for this recall campaign is still under development. The manufacturer has not yet provided a notification schedule. Owners may contact Lotus at 1-770-476-6564. Lotus' campaign number is 2013/03R. 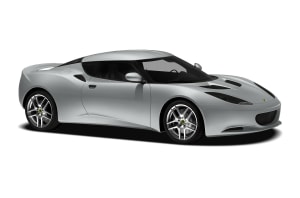