Toyota has announced that it will recall a total of 778,000 units that may have been manufactured with improperly-tightened nuts on the rear suspension. The manufacturer says around 760,000 2006-2011 Toyota RAV4 models and 18,000 2010 Lexus HS 250h units may have fasteners that were not torqued to the correct specification during alignment.

If that's the case, excess wear could occur and pave the way for rust and separation, which in turn could cause an accident. Toyota says the company is currently working on a solution. Once available, the manufacturer will notify owners and ask them to make an appointment to bring the vehicle by the closest dealer for a free repair.

The National Highway Traffic Safety Administration announced earlier this month that it was investigating RAV4 models for this very issue after receiving complaints of tie rod failures due to rust. You can view the full press release from Toyota below.
Show full PR text
Toyota Announces Recall of Certain RAV4 and Lexus HS 250h Vehicles

Toyota has determined that if the nuts on the rear suspension arm are not tightened following the proper procedure and torque specification during a rear wheel alignment service, excessive play may occur at the threaded portion of the arm, followed by rust formation. If this were to occur, the threaded portion of the rear suspension arm may wear and cause the arm to separate.

Toyota is currently developing a remedy. Once the remedy is available, we will send a notification letter by first class mail advising owners to make an appointment with an authorized Toyota or Lexus dealer to have the remedy performed at no charge.

Detailed information and answers to questions are available to customers at www.toyota.com/recall and the Toyota Customer Experience Center (1 800-331-4331) or www.lexus.com/recall and Lexus Customer Satisfaction (1 800-255-3987). 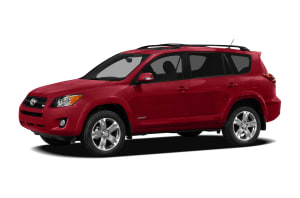