More than two years ago, the National Highway Traffic Safety Administration began investigating the 1997-2008 Ford Econoline/E-350 and E-450 over faulty HVAC temperature controls. According to The Detroit News, stories of melting switches leading to smoke and hot buttons on the dash were recounted in 1,036 complaints received by NHTSA. Two years ago, the government agency upgraded the case to an engineering analysis, but its testing has led to the case being closed without determining that a recall is required.

Two fires due to the short circuits were also reported, but NHTSA found that the layout of the switch tended to prevent a fire when it went bad. Although there won't be a recall, Ford has redesigned the switch and is informing dealers and customers about replacing the switch and electrical connector.

The vans that were under the agency's microscope overlap with the 1999-2008 E-Series models in question in a lawsuit over flaking fuel-tank liners. Still, for perspective, the E-Series has been America's best-selling full-sized van for decades, and according to Ford, those from 1997-2008 have done more than a billion miles. 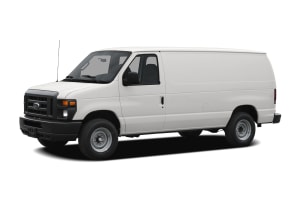