According to the San Diego Union-Tribune, the lawsuit involves about 460,000 people who either owned or leased 2003 to 2009 Civic Hybrids. The settlement grants the plaintiffs $100 in cash and a credit towards a new Honda of between $500 and $1,000. Honda may end up paying out more than $460 million, including legal fees of more than $8.1 million, the newspaper said.

The decision was more than four years in the making. The class-action claim stemmed from a 2007 lawsuit by John True, who sued the automaker and alleged that Honda misled him about the Civic Hybrid's fuel economy. Some of the plaintiffs said their Honda Civic Hybrids got as little as 30 miles per gallon, far less than the 50 mpg Honda advertised, and that a software upgrade to the hybrids batteries actually reduced fuel economy further.

American Honda, in a March 16 statement, said it was "pleased" with the court's decision (see the full statement after the jump), and called it a "fair resolution."

Honda is pleased with the court's approval of this settlement as a fair resolution for our customers that demonstrates our desire to preserve our good relationship with Civic Hybrid owners who chose to participate in this class action.

We are never happy when a customer is anything less than satisfied with one of our products, but it is important to note that the court record includes comments from many owners who took the time to express both their satisfaction with their Civic Hybrid and that they regularly achieve fuel economy that meets or exceeds the original EPA mileage estimates.

Regarding the continued efforts of attorney and small claims court litigant Heather Peters to criticize the settlement and encourage Honda customers to believe they would find greater benefit by pursuing individual small claims actions, the judge correctly pointed out that class members will receive the multiple benefits of the settlement and can still seek arbitration with no maximum award – while even a successful small claims judgment has award limits.

Further, the judge noted Peters' "silence" on the fact that several small claims cases – including those she has supported – have been decided in Honda's favor. For the record, since January, six small claims cases brought by Civic Hybrid owners have been heard in small claims court and Honda has prevailed in all of them except the Peters case, which is currently under appeal.

While we have achieved a fair resolution with this settlement, we value nothing more than the trust that our customers place in Honda and our products, and we will continue to do everything in our power to protect and preserve that trust. 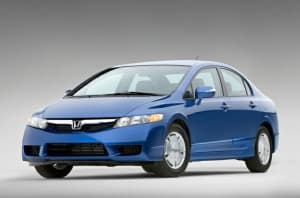