Jeremy Korzeniewski
According to a report from The Associated Press, the National Highway Traffic Safety Administration has opened a probe into possible driver-side door fires in 2007 Toyota Camry sedans and RAV4 crossovers. A total of 830,000 vehicles may be affected.

Six fires have been reported to NHTSA, all stemming from the door-mounted power window switch. Five of the fires are said to have been minor, with one resulting in the total loss of a Camry that burnt to a crisp before firefighters were able to respond.

It's important to note that this is not (yet) a recall. NHTSA opened an investigation on Monday, February 6, and a recall could potentially be announced depending on NHTSA's findings. Toyota has said in a statement that it is cooperating fully with the investigation. 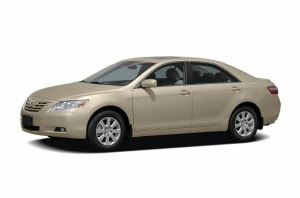