Honda can thank Wal-Mart for the automaker's recent victory in a class-action lawsuit over Acura RL models equipped with the company's Collision Mitigation Braking System. The system was designed to warn drivers of a potential crash, tighten the vehicle's seat belts and automatically apply the brakes. However, lawyers for approximately 2,000 plaintiffs sued the Japanese automaker, arguing that the system may warn the driver too slowly, and it may not work at all – the lawsuit also complained the system may shut off altogether in foul weather. Reuters says the suit involves RL models equipped with the optional CMBS system purchased or leased between August 17, 2005 and December 16, 2008.

The 9th Circuit Court of Appeals in Pasadena, California found that a court ruling in a Wal-Mart case last June effectively narrowed the scope of class-action lawsuits. The same ruling was found to apply to the suit against Acura as well. Previously, a district judge in Los Angeles had ordered that California's consumer protection laws could be applied to RL owners nationwide, but the new ruling repeals that judgment. The circuit court also reversed the district court's finding that car buyers could have relied on advertising by Honda about the collision system. The 9th Circuit Court of Appeals found there weren't enough common facts among the plaintiffs' claims to apply the California laws across the board.

At this point, it's unclear how the plaintiffs in the case will respond to the decision. 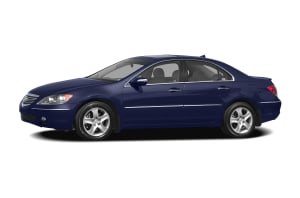