Statistics prove that modern cars are incredibly safe compared to the death traps that once roamed the roads of America.

Still, there are varying degrees of “safe.” Some vehicles have more safety features, and size and weight are major contributing factors to overall vehicle safety. That means there will always be cars that are at the bottom of the safety rankings.

It's also important to consider that some vehicles encourage higher speeds, which in turn affects a vehicle's safety reputation.

This list we’re about to embark on ranks vehicles by determining the fatal accident rate of automobiles from model years 2013 - 2017. Essentially, iSeeCars.com collected data to find out how many crashes resulted in fatal accidents per billion vehicle miles.

According to iSeeCars (click here for more information on the methodology used for this study), 14 models are at least two times as likely to be involved in fatal crashes than the average vehicle. Click on the image above to get started.

This soon-to-be discontinued little Nissan hatchback leads off the list. It’s the first of many subcompact vehicles we’ll see that performed poorly in this study. The Versa Note didn’t get stellar ratings from NHTSA from this time period – its front crash rating was only 3 stars, though its side crash rating of 5 stars helped bring the overall average back to 4 stars. 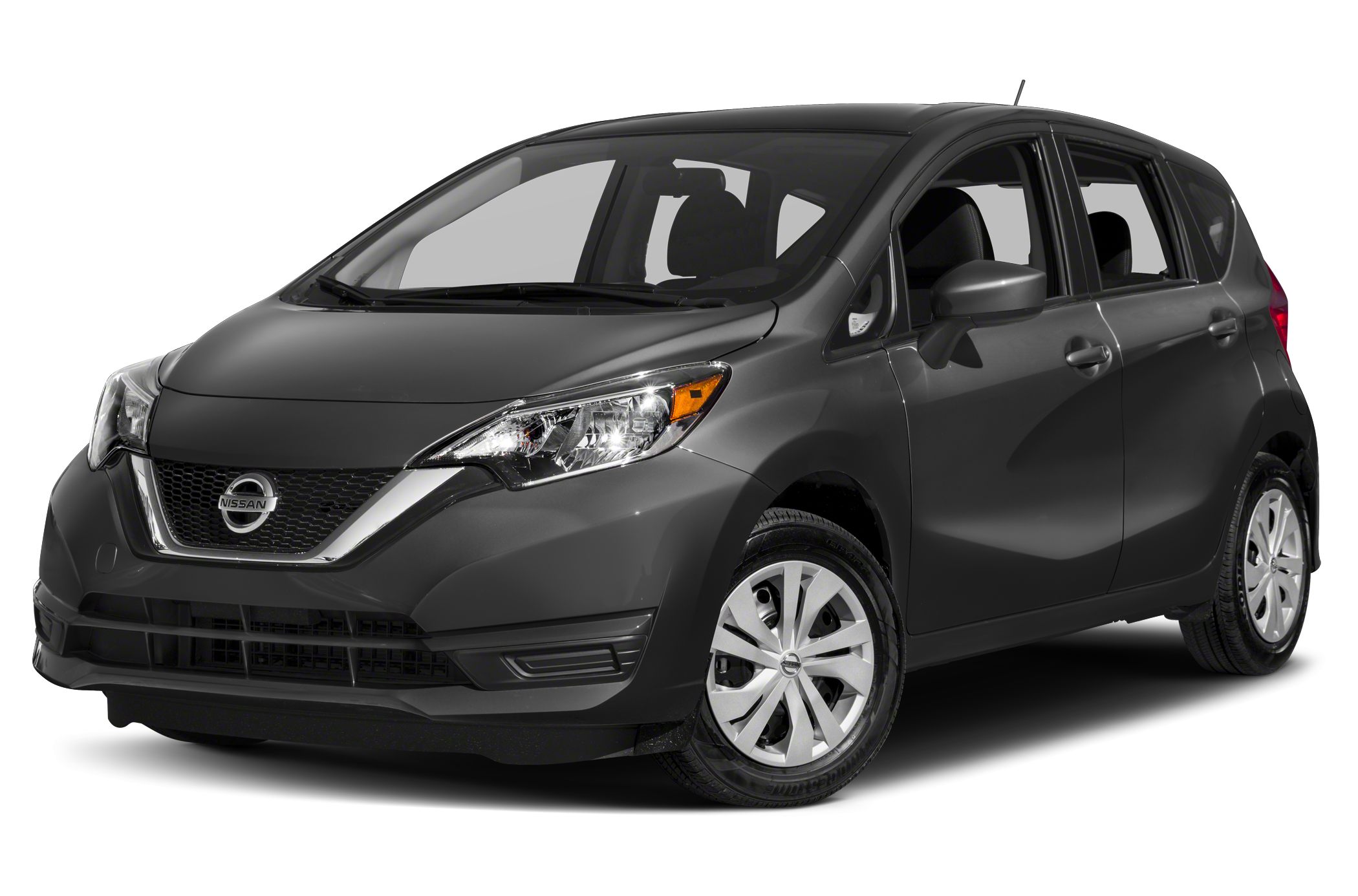 Here’s the first hint that sports cars or cars with sporting intentions are going to show up on this list. The Veloster Turbo is a cheap, fun car to get into, and it has the same fatal accident rate as the Versa Note. This car had solid ratings from NHTSA with a 5-star overall crash rating, but the IIHS knocked it in the front overlap test and side-impact test. The Veloster has since been redesigned for the 2019 model year (not the car included in this data set) but there are no safety ratings for that new model available as of today.

The spunky Soul is a fair bit larger than the miniscule Versa Note, but still not a big car by any means. What makes this one a bit confusing is the Soul’s status as an IIHS Top Safety Pick for many years running. It hasn’t always aced every test, but the IIHS has always deemed it a safe car. The Soul even got the award in 2019, showing the little car’s consistency in keeping up with the institute’s testing. A new version of the Soul hits the United States for the 2020 model year. 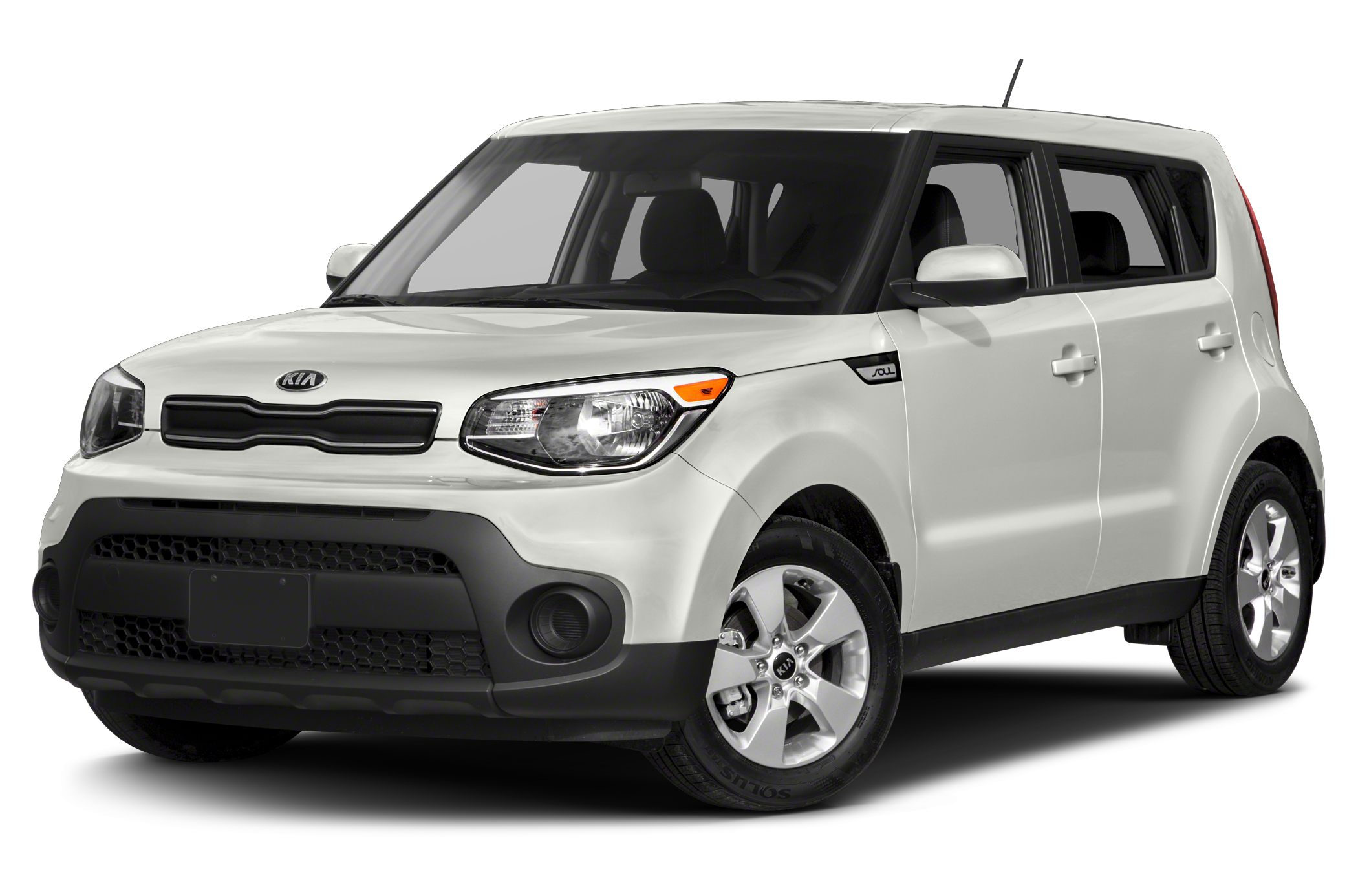 Speed tends to make accidents worse, and the Camaro has a lot more power than your average commuter. We don't have scientific data to back it up, but we’ll just guess that more folks drive this muscle car in an irresponsible way than other vehicles out on the road, resulting in a higher than average fatal accident rate. The Camaro has had excellent crash test ratings from NHTSA and the IIHS as of late. Still, rear-wheel drive and big V8s sometimes produce consequences for the uninitiated.

This one falls under the same category and reasoning as the Camaro. iSeeCars CEO Phong Ly has another explanation as to why we might be seeing sports cars show up on this list. “Sports cars are the vehicle segment with the highest fatal accident rate of 4.6 cars per billion vehicle miles. They’re designed to prioritize speed and acceleration, so it is perhaps no surprise that their accidents result in a high number of fatalities.” Still, it's worth noting that the Challenger didn’t receive abnormally poor marks in crash testing.

This Rio is the second small Kia on the list, and also happens to be one of the cheapest new cars money can buy. While the Rio is a Top Safety Pick now, it hasn’t always been at the top of the heap in terms of safety. Crash tests for the model years of cars in this study show a couple weak points, with just 4 stars from NHTSA and a warning about higher chances of injury to the rear passengers in a side impact. 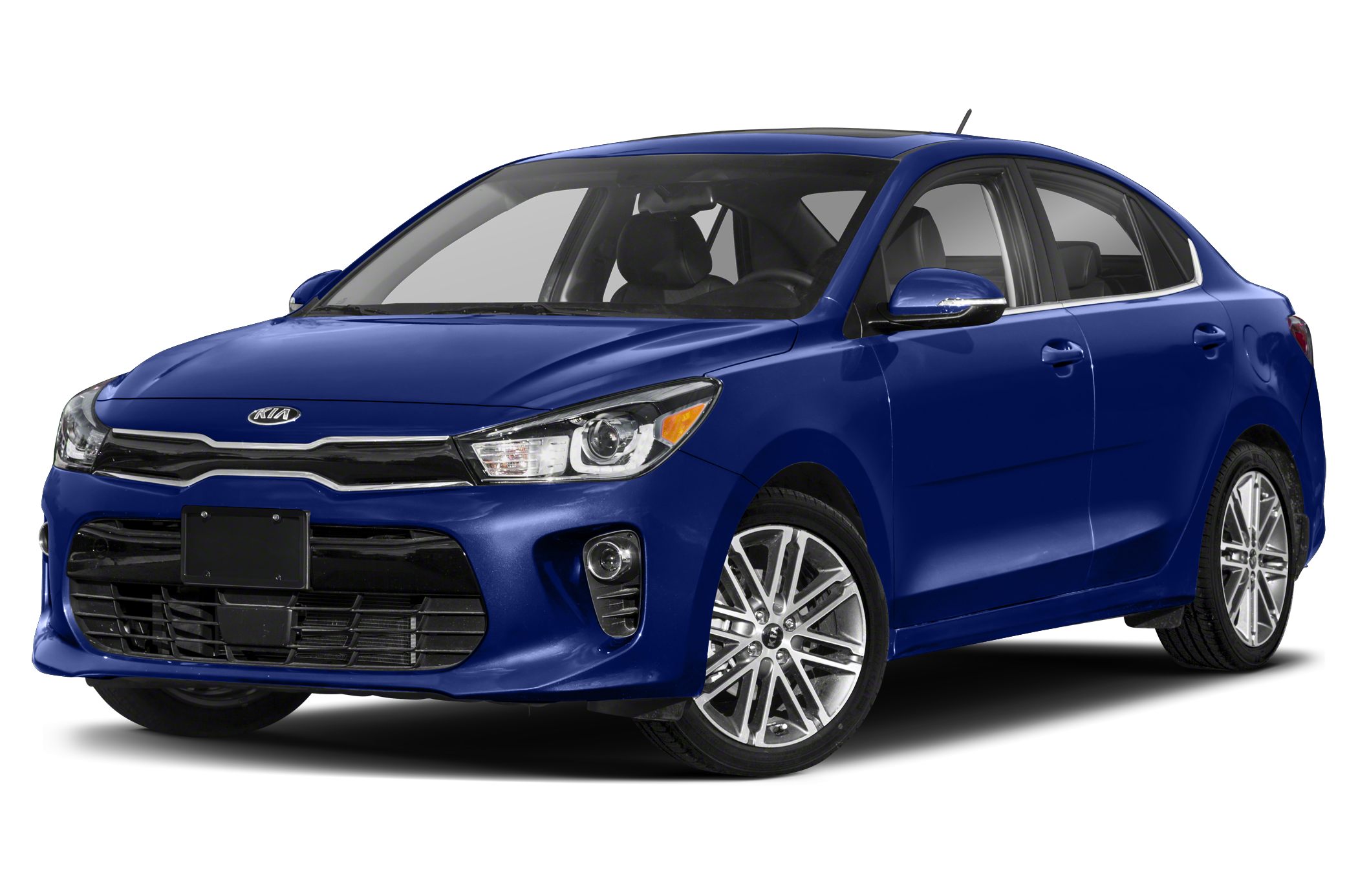 This car is the sedan version of the Versa Note that kicked off the top 14 list. The Versa currently is the cheapest new car you can buy in America, and compromises always abound when you’re building to a price. It earns a 4-star overall NHTSA crash rating, and is just about average in every category. The IIHS awarded the Versa a Top Safety Pick back in 2013, but changes to the testing procedure took the crown away from Nissan. A “Poor” rating in the small front overlap test hurts the Versa now. 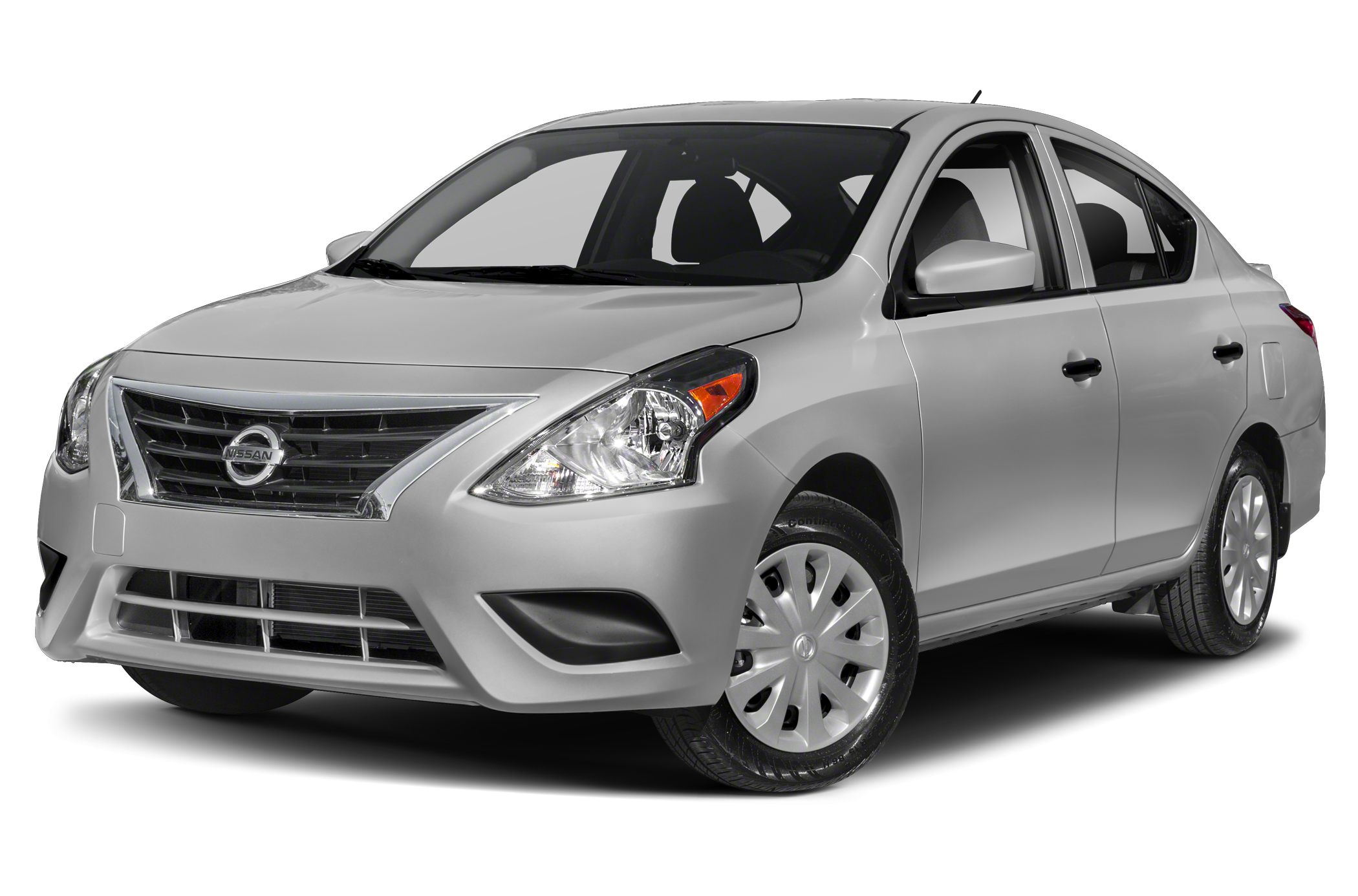 At this point the 370Z feels prehistoric, but the model years involved in the study weren’t quite as old. The sports car bug is probably hurting the 370Z here. Many of them are older now, so they can be attained more easily by folks who might not have experience with faster cars. Surprisingly, neither NHTSA or the IIHS has rated the 370Z, meaning we don’t have any comparative crashworthiness data.

For an even cheaper rear-wheel drive sports car experience, you can buy a Subaru BRZ. In 2013 the BRZ received a Top Safety Pick award from the IIHS, and while there isn’t an overall rating provided by the NHTSA, it’s individual ratings are solid. Like many cars on this list, it's not so much that the BRZ itself is unsafe, it's just possible that drivers of the BRZ tend to get into more fatal accidents than other drivers.

The top 5 is where we dive back into the small car world, jumping off with the miniature Chevy Spark. This car hasn’t gone through many crash tests as of late, but older Sparks performed well for the IIHS. In fact, it was 1 of 11 subcompacts to receive an “Acceptable” rating from the IIHS in the small-overlap crash test in 2014. Smaller vehicles can struggle in crashes with larger, heavier ones, which makes this rating all the more important for near head-on collisions with other vehicles.

Kia’s Forte has long been a respectable little commuter that gets solid gas mileage. However, just like the Rio and Soul, it has not fared well in this study. The Forte has been an on/off Top Safety Pick winner throughout the years, so the IIHS doesn’t think it’s an entirely unsafe car. They can be had for cheap, and have slightly more personality than your typical compact sedan. 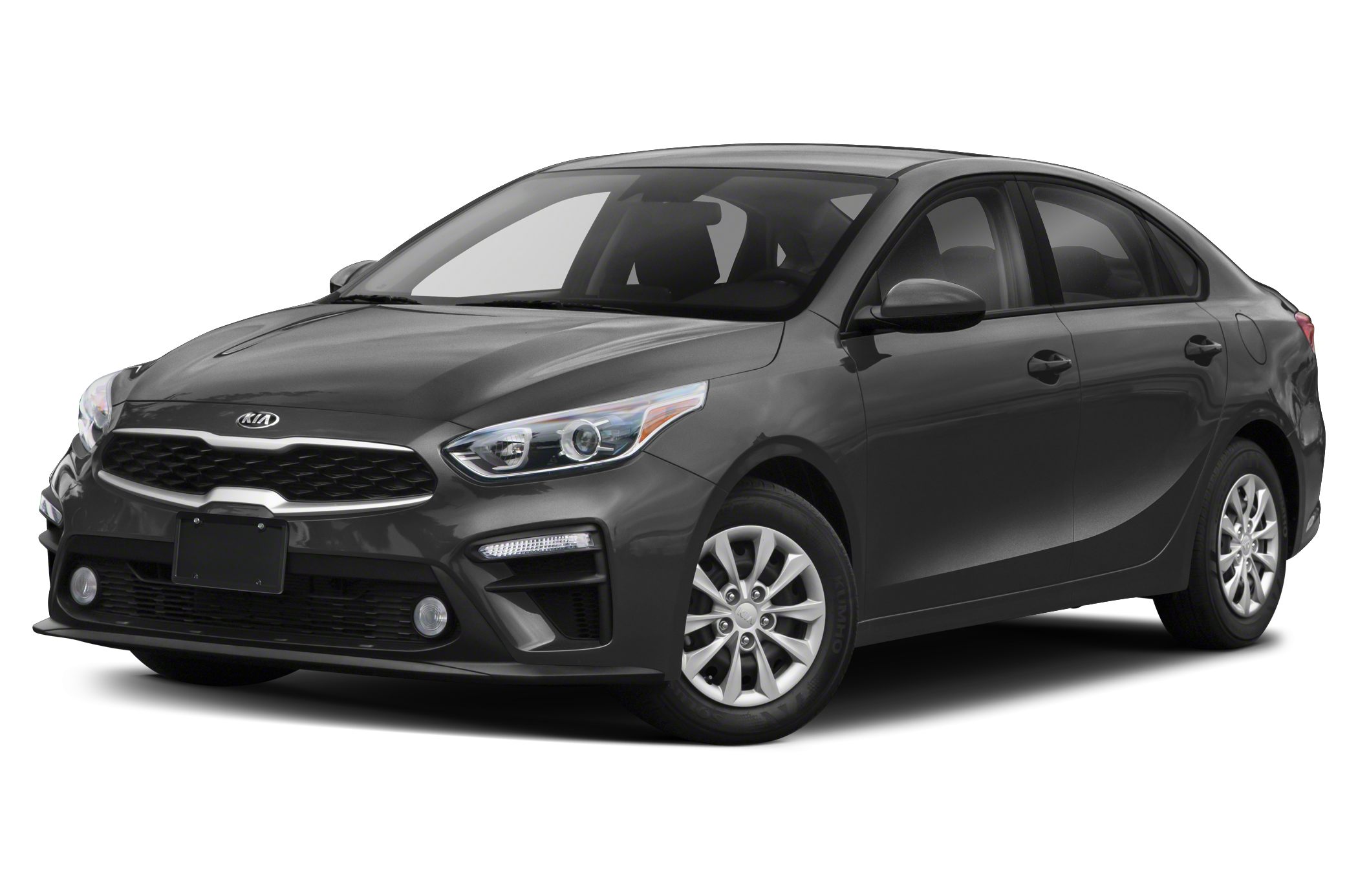 We always love hopping into a Fit, mostly because it’s a fun-to-drive hatchback with tons of utility. However, top 3 on the “most dangerous to drive” list isn’t a good look. NHTSA has consistently given the Fit a 5-star crash test rating. But again, small cars like the Fit are involved in more fatal accidents than other vehicle classes.

“Despite recent advances in safety technology, our data suggests that small vehicles still aren’t as safe as larger vehicles when they are involved in serious accidents. Subcompact cars have a fatal accident rate of 4.5 cars per billion vehicle miles, which is almost double the overall average,” said Ly.

We take a big jump up from 7.7 to 9.8 cars per billion miles with the Corvette. There aren’t many other sports cars on the road that have this much performance for the kind of money you’re likely to spend on a Corvette.

Unfortunately, crash ratings are not available for the high-po Corvette. As for where safety lands on the reasoning for buying a Corvette, it’s probably not as high on the list as speed. Still, the sports car is leagues safer today than it ever has been, and a new mid-engine Vette is on the way.

Taking the top spot on the list of most dangerous cars in the U.S. is the little Mitsubishi Mirage. It’s another subcompact that can be had for a very reasonable price compared to most new cars. As we all know, size and weight have major impacts on overall vehicle safety – a Mirage versus one of the millions of F-150s roaming around these roads will likely end badly for the Mitsubishi, or any other subcompact car for that matter, as this list bears out.

As for crash ratings, the Mirage has never been panned. Even in 2014, the only IIHS knock on it was the difficult small overlap crash test. 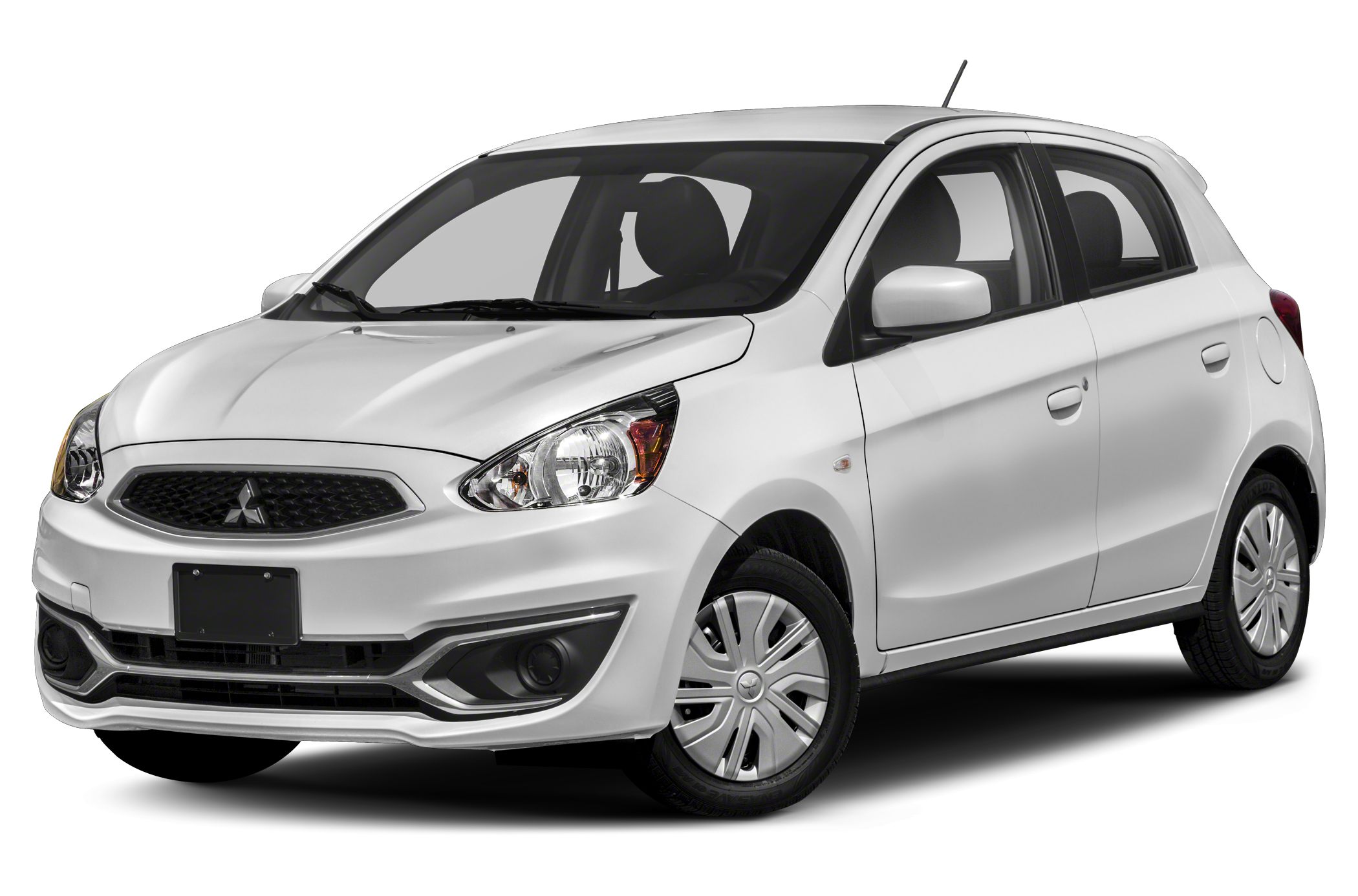