Coolest Minivans Of All Time

Minivans have developed a bad rap over the years, but that's bound to happen to a vehicle that focuses on families. Minivans, to many, embody maturity and, in a way, surrender: You grow up, you have kids and trade in the keys to your beloved college beater or dream car for a slower, safer ride.

Before the rise of the SUV and the crossover, there weren't a lot of options for a family and their accompanying stuff. It was either a sedan which had limited space, a huge van or a station wagon. Minivans changed that. But, these vehicles didn't start out as lame as the vast majority of people seem to think they are today. The minivan helped pull Chrysler from the brink of bankruptcy, they changed the way automakers build for their customers and they have been a constant source of innovation in the industry. In fact, one can make the argument that the minivan is as open to experimentation and innovation as any other vehicle segment.

And the idea of a cool minivan may be making a comeback. Volkswagen has plans to introduce a production model based on the I.D. Buzz Concept pictured above. It'll be electric, and it'll be trendy.

To prove that the minivan has never truly deserved to be relegated to "soccer mom" status, we've compiled a list of some of the coolest minivans to ever hit the market.

Head on through to see the most interesting boring vehicles ever built.

The Volkswagen T2, also known as the Microbus, Transporter and Kombi, was a proto-minivan. The T2 was released in 1950, and had tons of different options and conversion kits, such as those for police, ambulance and hearse.

Like the Scarab you'll see on the next slide, the T2 put the driver in front and the engine in the rear, which kept the cabin roomy and quiet. It seemed like the perfect family vehicle for the parents of baby boomers, but the T2 ended up actually growing up along with their kids. Once they started grabbing the keys to the old family Microbus for themselves, it morphed from a quirky suburban family hauler into the hippie-mobile.

The T2 was built and sold around the world in increasingly smaller markets until just last year, when the last plant building the T2 shuttered production. Volkswagen stayed in the U.S. minivan segment with the Routan, but now even that model is closed to the public.
slide-1340472

This weird little vehicle is considered to be one of the very first minivans of all time. Built by Stout Motor Car Company, one of many Detroit brands many people have never heard of, the Scarab was considered ugly at the time, though we now find its art deco details quite charming.

By using a unitized body structure, the Scarab created a low, flat floor in the interior. The engine was at the rear of the vehicle, allowing for an open airy greenhouse. It was the first car to feature a removable table that could be placed almost anywhere inside the cabin and a second row of seats that could turn 180 degrees to face the rear, a feature Chrysler now calls 'Swivel n' go.'

It was also the first car to feature an independent suspension and an aluminum spaceframe unit-construction body, both features found in performance vehicles today. The company planned to build up to 100, but the cost, at $5,000 (the equivalent of $80,000 in today's money) was much too high, especially considering the luxurious Chrysler Imperial Airflow cost just $1,345. Only nine were ever made, all of which were custom built to order.
slide-1340474

A 'supercharged Minivan' sounds pretty absurd, but in March 1990 Toyota unleashed just that in the form of the Previa. The Previa had an unusual mid-body engine that was laid almost flat against the body on the car. The layout maximized cabin space, but kept the engine quite small. Since Chrysler minivans at the time all sported big V6 engines, the Toyota Previa couldn't hold a candle to its American competitor's power and fuel economy. Enter the supercharger, which brought engine power up to a competitive 160 horsepower and added 6 mpg to the vehicle's fuel economy.

Chrysler was certain Toyota was introducing the Previa to try and steal some of the magic of the Dodge Caravan, a best seller released five years earlier. The threat to Dodge and Plymouth never really materialized, however. The Previa had a fairly strong go, but it was replaced with the Camry-based Sienna in 1997. 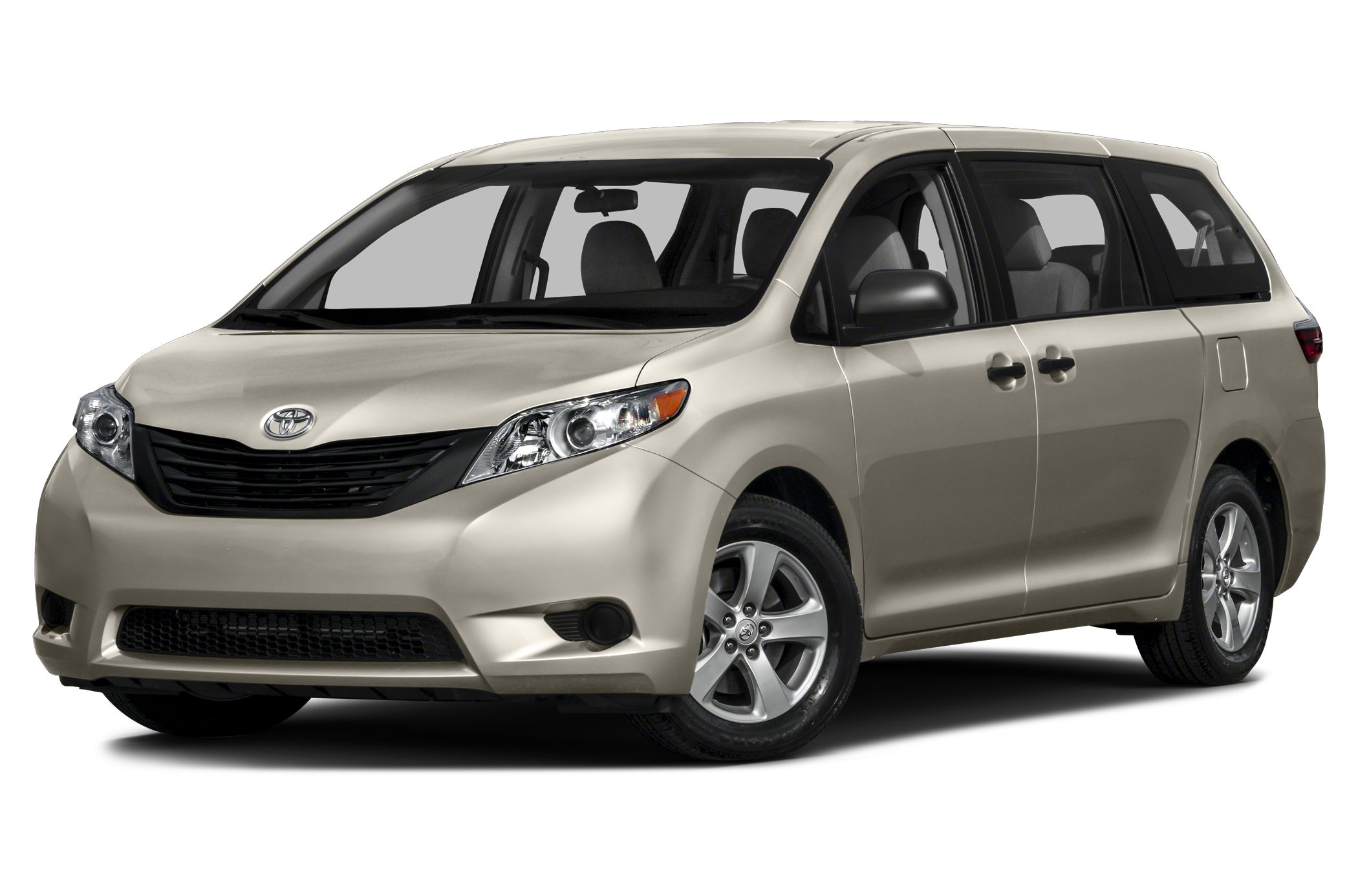 Most minivans don't conjure the squeal of rubber on a racetrack, but the Renault Espace F1 wasn't like most minivans.

The Espace was one of the first minivans ever developed, but it took years of shopping the idea around to automakers before Matra, the company developing the prototype, finally got Renault to sign on as manufacturer. The minivan sold all of nine units in the first month, but soon experienced a surge in popularity due to its versatility.

In 1995, Renault created a show car to celebrate both the 10th birthday of the Espace and Renault's involvement in Formula One racing. What better way to celebrate the two disparate anniversaries than with one insane car? This minivan used a carbon fiber F1 chassis and a carbon fiber reinforced body. The engine was a massive 800-horsepower 3.5 litre V10, set in the middle of the van's body, rather than in the front.

Out with the old, in with the new. That seems to be the thinking behind Chrysler's decision to ditch the old Town & Country nameplate in favor of the new Pacifica. Thankfully, the new minivan is attractive, comfortable, and luxurious.

If you want the ultimate Pacifica, consider the plug-in hybrid. It seats 7 passengers, can travel as far as 33 miles on electricity, and is rated at 84 miles per gallon equivalent by the EPA.