SAN GABRIEL MOUNTAINS, Calif. — Steve Saleen has been building his tweaked and tuned high-performance Mustangs since the 1980s. Thirty-five years later his early Fox-body machines have become bonafide collectables, and his SN95 efforts aren’t far behind. With the blessing of the Ford Motor Company, Saleen (it’s pronounced Sah-leen, not Say-leen) has also produced hot rod versions of the F-150 pickup, Explorer and Focus hatchback, and for a while even the mid-engined S7 supercar. And this 2019 Saleen Mustang S302 Black Label, in all its bright orange glory.

This Mustang is the product of a time-tested operation. Saleen buys a batch of 5.0-liter Mustang GTs from Ford and builds them up at its facility in Corona, Calif. Then the cars are sold through Saleen-certified Ford and exotic car dealers around the country. It offers three versions of the Saleen S302: the naturally-aspirated 475-horsepower White Label ($47,000), the supercharged 740-hp Yellow Label and the also-supercharged Black Label ($78,495, essentially the same price as the supercharged Roush Stage 3 Mustang we reviewed earlier this year) with a claimed 800 hp at 6,000 rpm and 687 pound-feet of torque at 5,200 rpm. More importantly, Ford’s own supercharged Shelby GT500 will be packing 760 hp for $73,995.

Let’s cut to the chase and address the Black Label’s numbers. Saleen installs its own 2.6-liter screw-type supercharger and intercooler system with a 103 mm throttle body. It makes 12 psi of boost. The engine also gets 47-lb fuel injectors for increased flow, a cold air induction system, a retuned ECU and a “Saleen-tuned exhaust system with high performance muffler.” According to the company, the double overhead cam 5.0-liter is otherwise stock, and these changes increase the V8’s power by 340 hp and 267 lb-ft of torque without voiding Ford’s full warranty. 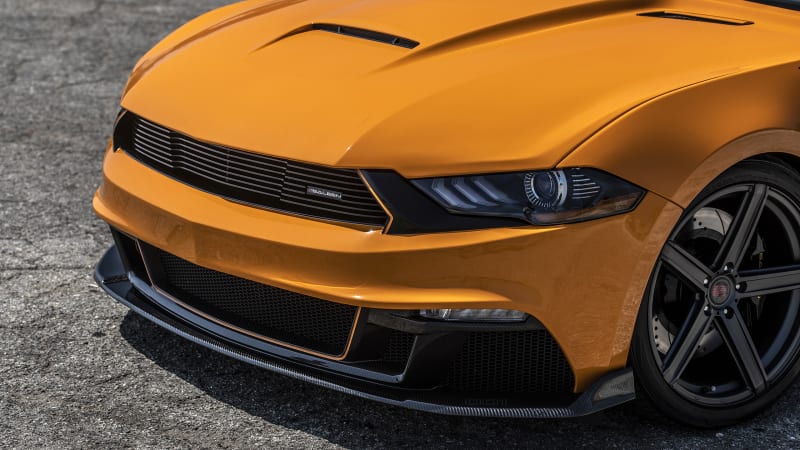 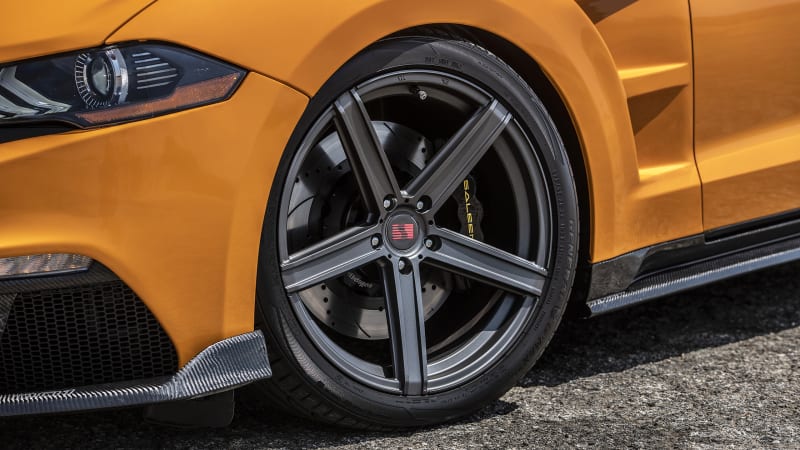 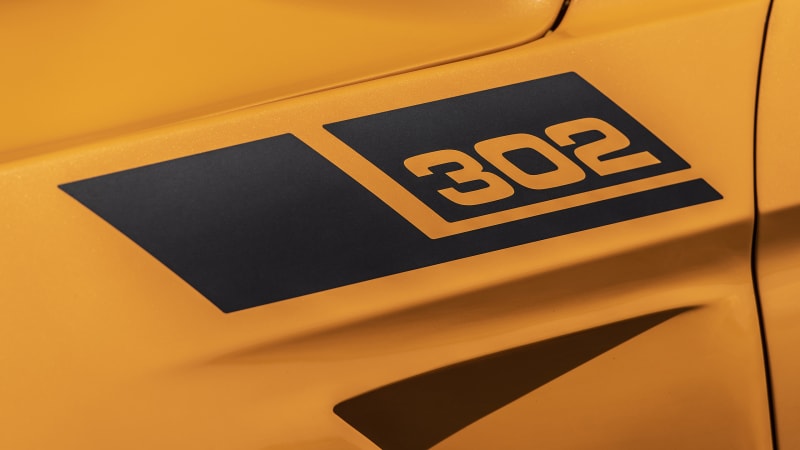 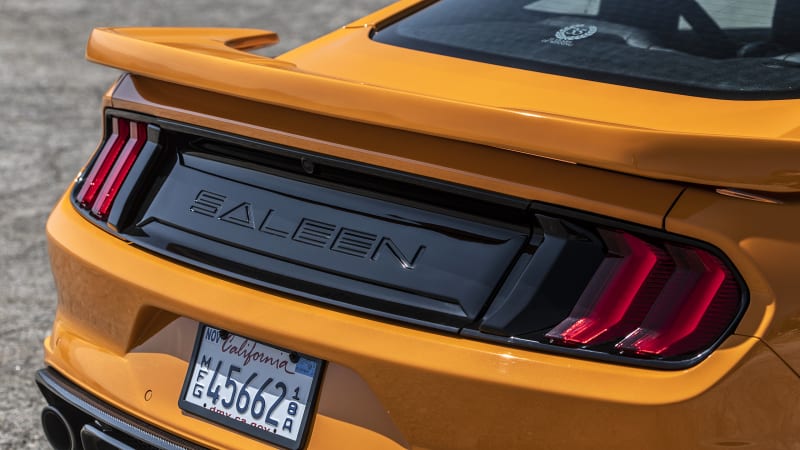 Plausible? Sure. But if the Saleen is really packing the horsepower of a Dodge Challenger Hellcat Redeye and nearly as much torque, it should be a serious handful. It should be the kind of car you fear. Just looking at its throttle should turn its 275-mm wide rear tires into liquid, and a hard run up a twisty mountain road like Angeles Crest should be a death-defying operation of tire-churning oversteer as you fight to keep the 3,785-lb car between the lines. Put simply, the Saleen should have the world’s worst traction problem.

The 302 Black Label just doesn’t hit that hard off idle or for the first third of its tachometer – there just isn’t much grunt below 4,000 rpm, much like its Roush counterpart. Botch a launch by dropping the Saleen’s clutch without enough revs and the 5.0-liter falls on its face as you wait for it to build rpm and boost. It’s not nearly as ferocious as a Challenger Hellcat, nor does it have that car’s traction problems (even with the Widebody’s massive 305-mm tires). We should note that Saleen uses the Mustang GT’s MT-82 six-speed, factory clutch and limited-slip differential with an optional 3.73 rear axle ratio. A 3.55 ratio is standard.

Don’t misunderstand, the Saleen S302 Black Label is seriously quick and it will destroy a set of tires if that’s your thing. The Mustang’s DOHC V8 just isn’t known for its bottom-end torque and Saleen’s modifications don’t change its power delivery characteristics. We would gladly trade some of its upper rpm performance for some more thrust down low. 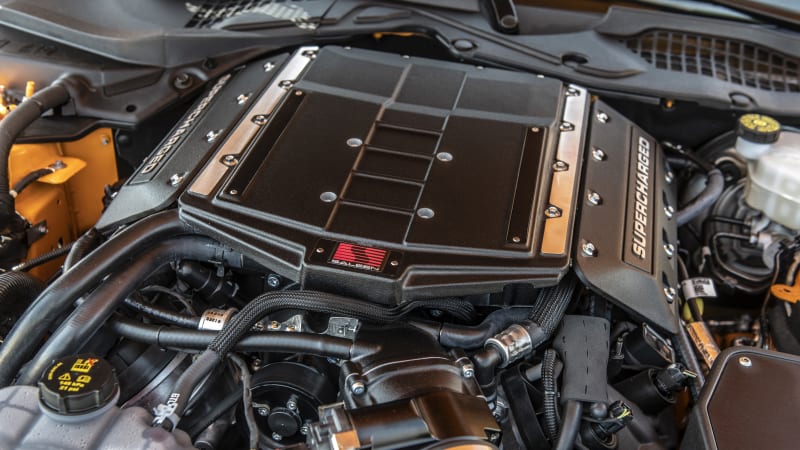 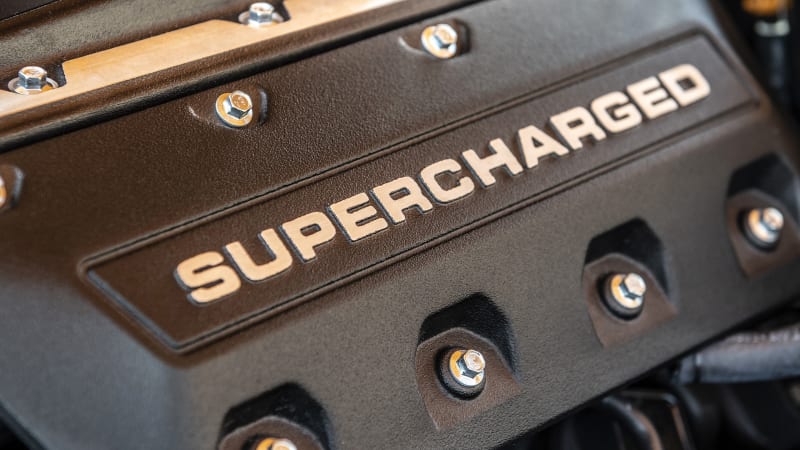 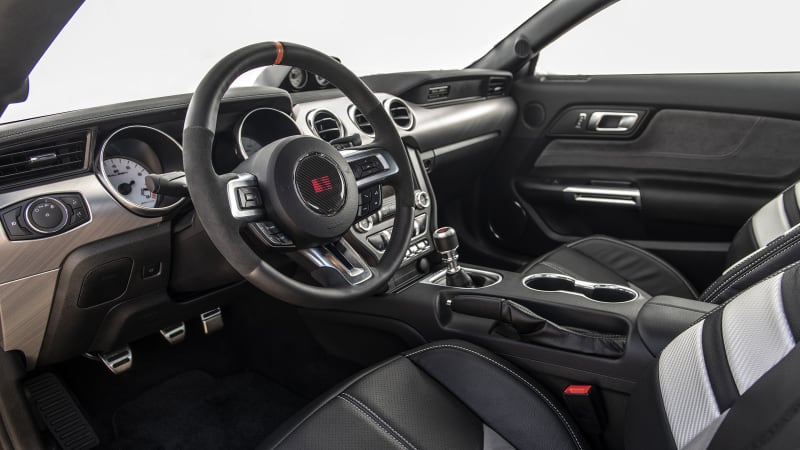 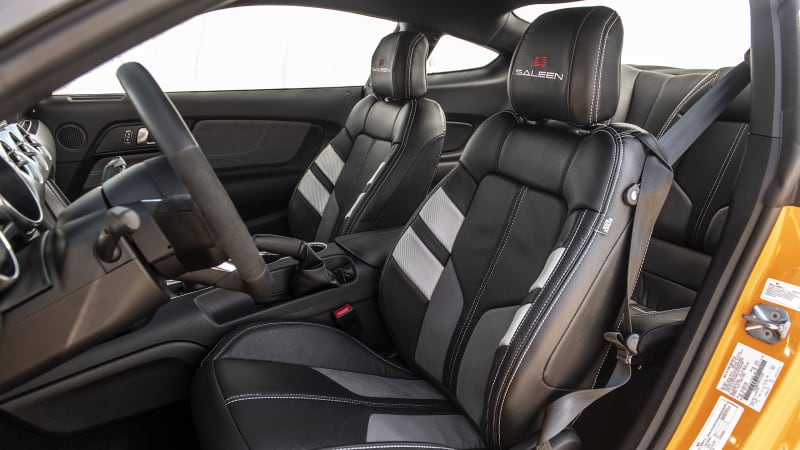 Adding to the problem, the traction control intervenes with a heavy hand. Turn it off and the Saleen spins its rear tires through the tach's top half and it’ll keep them lit through all of second gear. The company says 0-60 mph takes 3.7 seconds.

And it sounds great. The 5.0-liter thunders to life and there’s a pleasing thump thump to its idle. They’re going to hear you in the drive thru. Around town, the soundtrack is part exhaust rumble, part blower whine, but the supercharger isn’t as heavy in the mix as it is in a Hellcat. Lift off the throttle and there’s a satisfying crackle, pop and bang from the Black Label’s carbon fiber exhaust tips. It’s louder than the Roush.

Unfortunately, its throttle response can be inconsistent. Sometimes it’s duller than a dictionary, other times it’s so sharp it’s difficult to drive the Saleen smoothly. We asked a Saleen rep about the problem, but he offered no explanation. After a while you learn to drive around the issue, but the Saleen’s throttle mapping should be better. Another livability issue is the Saleen’s fuel consumption. When you’re averaging just 11.7 mpg, the S302 has a practical fuel range of just 200 miles. To be fair, fuel range is also an issue in Ford’s own Shelby GT350.

Angeles Crest is all third gear in the Saleen and here forward bite isn’t an issue. With its revs held high, the Mustang explodes from corner to corner, putting its power down cleanly and pulling with considerable might to its 7,400 redline where it hits the mother of all fuel cutoffs.

It’s easy to keep a seriously quick pace. The Saleen has a sharp turn-in and it takes a nice set in fast corners, with very little body roll, but it doesn’t have the lateral grip or athleticism of a Shelby GT350 with the optional Handling Package. The Saleen’s 20-inch General G-Max RS tires, which are wrapped around a sexy set of optional Carbonite Monaco five-spoke alloys, aren’t nearly as sticky as the Shelby’s wider 19-inch Michelin Pilot Sport Cup 2 rubber. The Shelby’s stiffer suspension also delivers a more locked down feel than the Saleen’s. On the upside, the Saleen rides better than the Shelby and the firmer Roush. Saleen installs different shocks and springs but denied our request for its spring and damping rates. 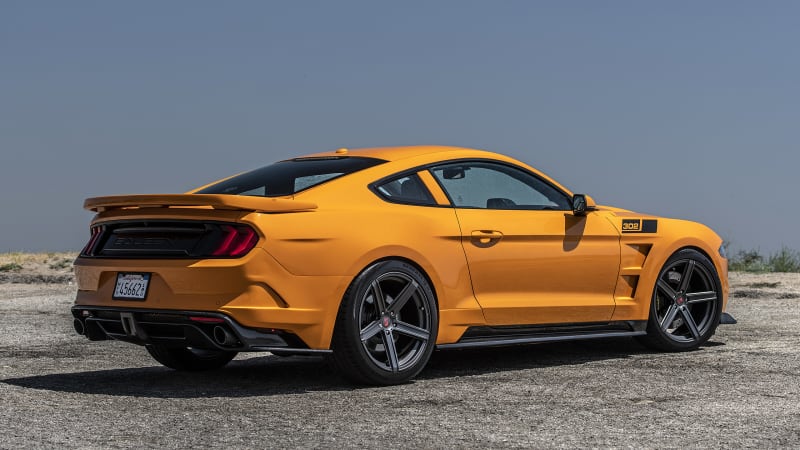 Supplied by Wilwood, our test car's optional brakes consisted of drilled and slotted front rotors measuring 15-inches with 6-piston calipers. They offered a firm pedal and they were easy to modulate around town and in the hills. Heat was never an issue, even running back down the mountain on that 95-degree afternoon.

Saleen also dresses up the interior a bit, adding its own upholstery, Alcantara to the steering wheel, a billet/leather shift knob, and white faces to the speedo and tach. An auxiliary gauge pod adds instruments for boost and intake charge temperature, however, we think Saleen should also add oil pressure and oil temperature dials like you get in the Shelby. It just seems like important information.

Its fiberglass hood is heavy and it doesn’t fit as well as it could. The scoop is a faker, but the vents are open. When you’re sitting at a redlight you can see the waves of underhood engine heat escaping. The splitter, rocker trim and rear diffuser are high-quality carbon fiber. Those sizable fender vents are also for show, but Saleen calls that appendage glued to the trunk a “high downforce” rear wing. Maybe it is, but the car would look better without it.

Still, there’s no denying this Black Label’s visual impact. Saleen’s have always looked cool and this one turned heads and drew stares from motorists and pedestrians all over Los Angeles. One Mustang driver even pulled out his phone and recorded the car in traffic, while several onlookers complimented its Orange Fury paint job. It’s a Ford factory color, although Saleen also offers the Black Label in 13 of his own exclusive colors with cool names including Burnout Black Pearl, Tire Smoke White Pearl and Lizstick Red Metallic.

During our photo shoot on the city’s famous Angeles Crest Highway, a couple of millennials pulled up in an E46 M3 on oversized rubber. Like us, they seemed to be spending their sunny Thursday afternoon making passes up and down the mountain. They pulled up close, rolled down the passenger side window and yelled over, “American muscle! Yeah, baby.” Then the guy behind the wheel went wide open and accelerated up the hill before we could respond. Thanks guys, whoever you are.