Dodge will launch the 'world's first electric muscle car' in 2024

Is this the return of the Polara? Dodge used Stellantis' EV Day to announced the world's first electric muscle car, along with a new tagline: "Tear Up the Streets … Not the Planet." The automaker says the overpowered electric car is coming in 2024, and along with the announcement showed off some dark images of a vehicle that we assume is a conceptual version of what will go into production.

The teaser car definitely has retro-inspired styling cues, with a fastback roofline and blunt fascia that look vaguely reminiscent of the iconic 1969 Dodge Charger. The front of the concept car sports a unique lighting profile, with what looks to be an LED light bar that mimics the square-jawed shape of the classic muscle car but with the addition of a lighted emblem directly in the center. Several jump cuts showed some very wide-looking wheels with meaty tires ... and we're certain that all four of those tires go up in smoke at the end. 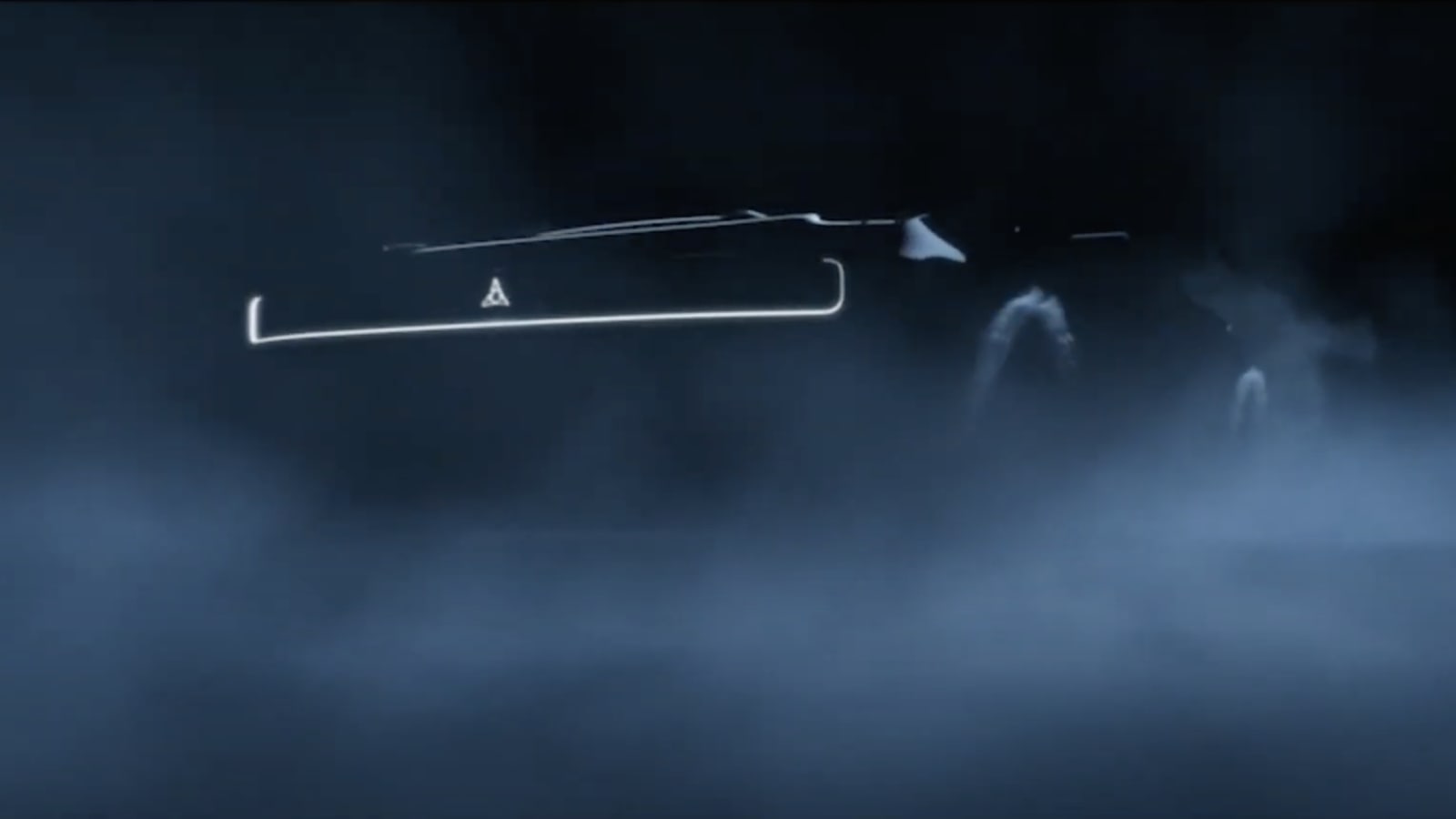 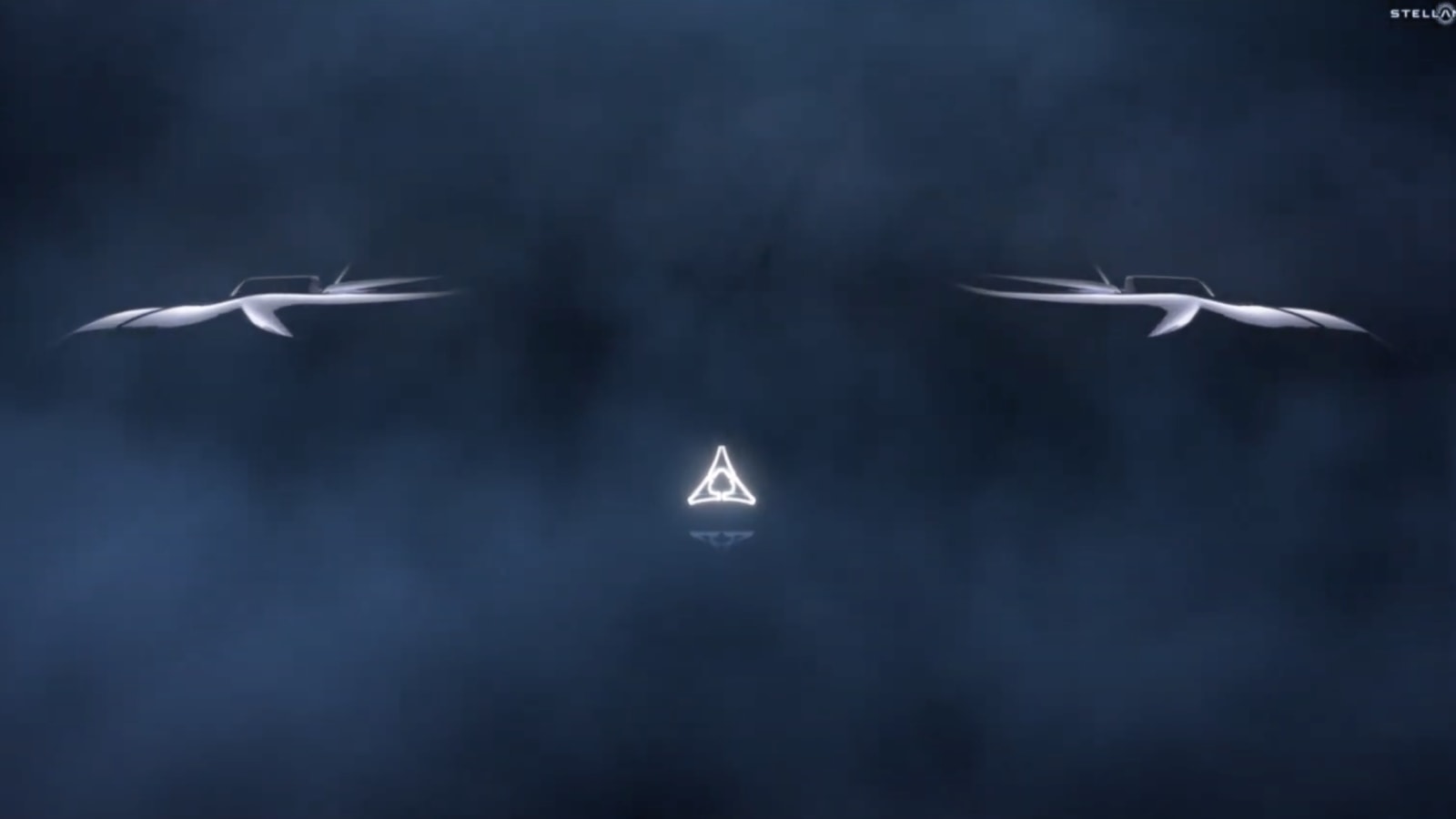 The car will be built on the STLA Large platform, one of four battery electric vehicle platforms announced by Stellantis, with a 0-to-60 time as low as 2 seconds and a range of up to 500 miles, Stellantis said. The automaker also hinted at a maximum power output of as high as 886 horsepower courtesy of a pair of 330-kilowatt electric motors. 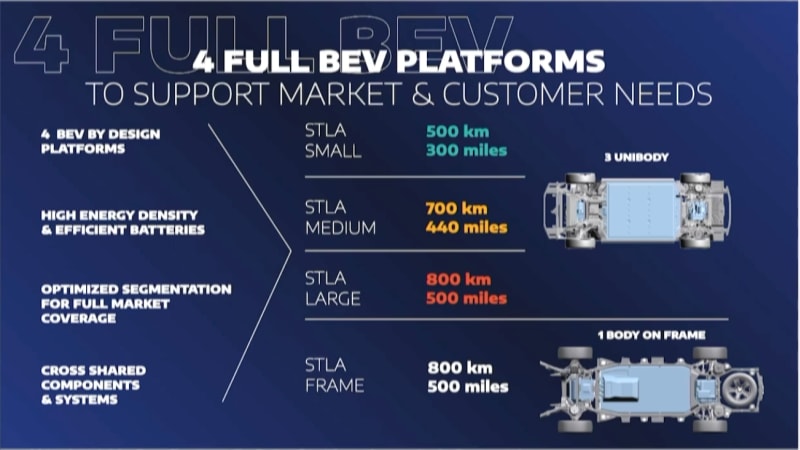 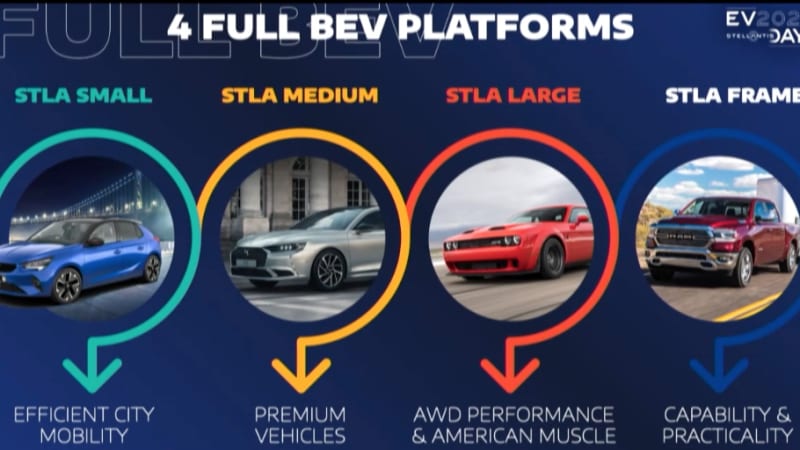 The automaker's electrification messaging is a bit convoluted. Along with a statement that "Dodge will not sell electric cars" but "will sell American muscle," the company says its engineers have reached the limit of what they can pump out of internal combustion engines. Therefore, Dodge "has an obligation to embrace" electrification for more performance. Considering there's an electric muscle car coming in 2024, it seems that Dodge will sell electric cars after all.

That's all we know for now. Will this be an electric Challenger? Charger? Is it something completely new? Or will Dodge instead resurrect another name from its past? We can't wait to find out. Stay tuned for more.