Electric variants of the 5 and the 7 are in the pipeline, too BMW plans to significantly increase the number of electric cars in its range during the 2020s. It outlined plans to launch several battery-powered models, including M cars, and transform Mini into an EV-only brand by 2030.

In the medium-term future, the firm's lineup will include electric variants of the 5 Series, the 7 Series, and the X1, though they will likely be based on the next-generation cars, not on the models currently found in showrooms. They'll join the i4 — a 3 Series-sized sedan with a fastback-like design — and the iX crossover in the lineup. BMW hopes to have at least one electric model representing it in about 90% of its current market segments by 2023, and it realistically expects that EVs will account for approximately 50% of its global sales by 2030.

Beyond 2025, the Munich-based firm will align its range with a new strategy it calls Neue Klasse, a name borrowed from a series of enthusiast-friendly sedans and coupes sold during the 1960s and the 1970s; the 2002 is arguably the best-known Neue Klasse model. Fast-forward to the 2020s, and the designation will denote cars built with a new IT and software architecture, powered by new-generation electric technology, and designed to be sustainable.

EVs shaped by the Neue Klasse approach to design will be positioned in many market segments, ranging from mass-produced cars (like the 1 Series hatchback sold in Europe) to high-performance M models. Most will be powered exclusively by batteries, but some will be available with a hydrogen-electric powertrain. Highly automated driving technology will be available, too, though BMW stressed its EVs will be enjoyable to drive.

Crucially, the firm plans to increase its annual revenue by offering configurable and bookable features available during a car's entire life cycle; think of this system as an à la carte menu for cars. If you buy a used 2027 5 Series in 2031, for example, you'll theoretically have the ability to configure it with many of the options and features you want even if it wasn't ordered new with them. Some might even be enabled for a pre-determined amount of time. You might not need heated seats if you live in Tucson, but you might want them for a weekend if you're going skiing.

Confirming a wave of recent rumors, BMW-owned Mini will exclusively sell electric cars in less than a decade. It will launch its last gasoline-powered model in 2025, though we don't know what it will be yet, and it will release at least one EV annually after that. Piston-powered cars will gradually disappear from its lineup, and its will go electric-only by 2030. Mini remains committed to operating as a global brand, meaning it will not leave the American market. 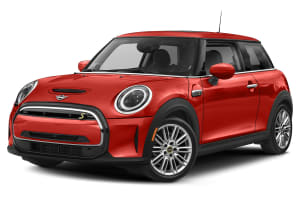 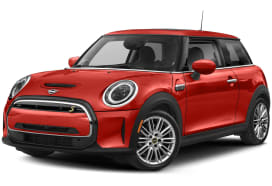