BMW i4 revealed as the 3 Series' EV sidekick

It will offer up to 300 miles of range 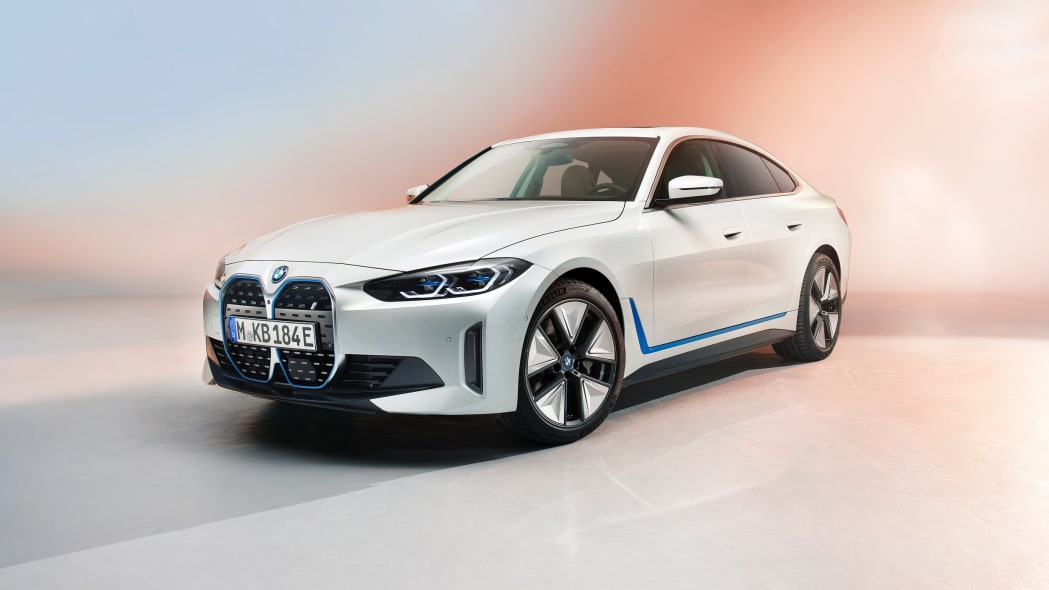 BMW's first purpose-designed electric sedan made its global debut online. Called i4, and previewed by a close-to-production concept in 2020, it was developed as a battery-powered alternative to the 3 Series.

Designers made several tweaks to the i4 to turn it into a production car. Yes, the colossal grille remains. It's controversial, but BMW told Autoblog it's standing by it. The air intakes on either side of it are smaller than on the concept, and the headlights wear a more production-friendly design. Out back, the air diffuser is subtler and more cleanly integrated into the bumper. The long hood and the fastback-like roof line haven't changed, however.

Interior photos are a piece of the i4 puzzle that's still missing. We know the sedan will share its iDrive 8 infotainment system with the electric iX crossover. The software will be shown on a dashboard-mounted curved-glass display.

BMW chose not to release full technical specifications about the i4, noting only that the lineup will include several versions. The efficiency champ will be able to cover up to 300 miles on a charge, according to early estimates, while the quickest model will reach 60 mph from a stop in about four seconds thanks to a 530-horsepower drivetrain. As we previously reported, the sedan will be built on a 1,212-pound, 80-kilowatt-hour lithium-ion battery pack. Every configuration regardless of horsepower or range will use BMW's fifth-generation electric drive technology.

More information about the BMW i4 will emerge soon, and we expect to see the i4 in showrooms for the 2022 model year. When it lands, it will compete against the Tesla Model 3 and the Polestar 2, among other upmarket EVs.