Unveiled in late 2020, the GMC Hummer EV Edition 1 was so popular that enthusiasts scooped up the entire production run in merely 10 minutes. If you missed your chance to reserve one, you're in luck if your pockets are deep enough. Auction house Barrett-Jackson will sell the first example off the production line for a great cause.

VIN 001 will be up for grabs during a sale that starts in Scottsdale, Arizona, on March 20. Hummer production hasn't started yet, so we don't know precisely what the truck will look like and it won't physically cross the auction block. Barrett-Jackson did not provide a pre-auction estimate, but it pointed out that 100% of the proceeds from the sale will be donated to a charity called Stephen Siller Tunnel to Towers Foundation that helps wounded first responders and veterans across America. Charity auctions normally bring big dollars, so a sold-out flagship variant of a highly-anticipated model whose base price is pegged at $112,595 could sell for a seven-digit sum.

Edition 1 deliveries will start in the fall of 2021, meaning the winning bidder will need to wait a few months before exploring the great outdoors in the 1,000-horsepower electric truck. More affordable trim levels are in the pipeline, but they're not exactly around the corner. GMC will expand the range by launching three trim levels called EV2, EV2X, and EV3X, respectively. Equipped with three electric motors, the EV3X will land in the fall of 2022 with a $99,995 base price. Pricing for the two-motor EV2X due out in the spring of 2023 starts at $89,995, while the entry-level EV2 will arrive a year later priced at $79,995. None of these figures include available incentives.

Looking ahead, the Hummer EV will spawn an SUV that will make its official debut online in February 2021. We don't know when it will reach showrooms yet, but we're not expecting to see it until 2022 at the earliest.

Barrett-Jackson's Scottsdale sale includes sports cars from every era, ranging from a custom 1928 Ford Model A to a 2021 Honda Civic Type R. Ram's first 1500 TRX is on the roster, too, and it will also be sold for charity.

Another stand-out car from the catalog is the first production version of the 2020 Chevrolet Corvette Convertible. Finished in black with a black and red leather interior, it's powered by a mid-mounted, 6.2-liter V8 engine rated at 495 horsepower, and it's equipped with the 3LT and Z51 packages plus the Performance Data Recorder, among other features. No pre-auction estimate was provided, but the proceeds from the sale will be donated to the United Way for Southeastern Michigan, a charity that helps families in need in the Wolverine State. 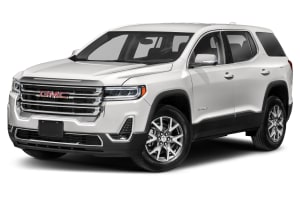 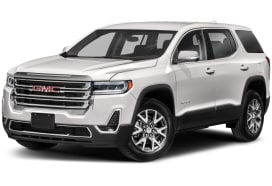 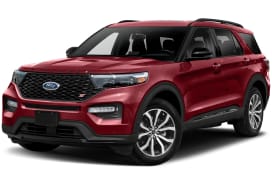