Make sure you're prepared for the potential snowmageddon on the horizon

If you've been paying attention to the news, you may have seen that the polar vortex is up to its old tricks again, and we're potentially in for a wild second half of winter. If you missed it, consider this your warning. It's time to get things in order for the rest of the winter, which could include lots of snow. Of course, the number one thing you'll need for a large snowfall from a driver's perspective is an ice scraper. While it's true that, in general, any old ice scraper is probably all you'll need, there are many different types with pros and cons to each. If you still haven't picked up a snow brush yet this year, hopefully this list of the best-selling ice scrapers on Amazon can help you narrow down your choices and prepare yourself for the coming onslaught. 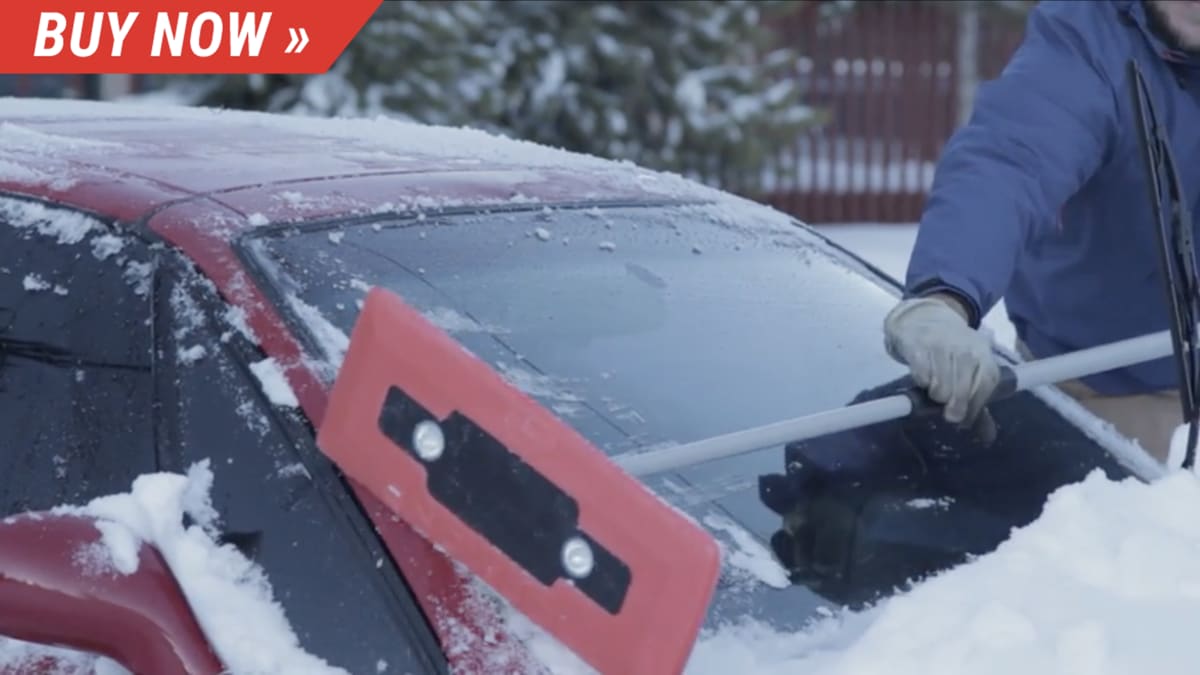 The Snow Joe ice scraper is fourth on the list and this is anything but your average snow scraper. Just look at that thing. It has the design of a Swiffer Sweeper. In fact, the Snow Joe is marketed as a "snow broom," so that makes sense. It has a telescoping handle and can extend to 49" in length. Perhaps the most interesting feature of this scraper is that is comes with two LED "headlights" to make scraping easier in the dark. The product has nearly 3,500 ratings on Amazon and a cumulative score of 4.6 out of 5. Reviewer KuriousK had this to say in their five-star review of the product:

"This is the best snow removal tool you'll ever buy! It's literally the only one you need. Those old brushes are not as effective as this large piece of foam that can easily push off the snow! You really won't be disappointed. The LED lights are nice to have but not that bright; just an fyi. It's better than nothing though and can be used as an S.O.S.

The quality of the material is so good that the original one I bought 1 year ago still works perfectly. The foam is still intact and the twist locking mechanism still works perfectly. I like to review products that I've extensively used and this is one of the products I've truly put to the test. The winters in NJ are pretty harsh, but I'm sure other places are far worse and this tool will still survive."

Want to learn more about the Snow Joe? You can do that right here. 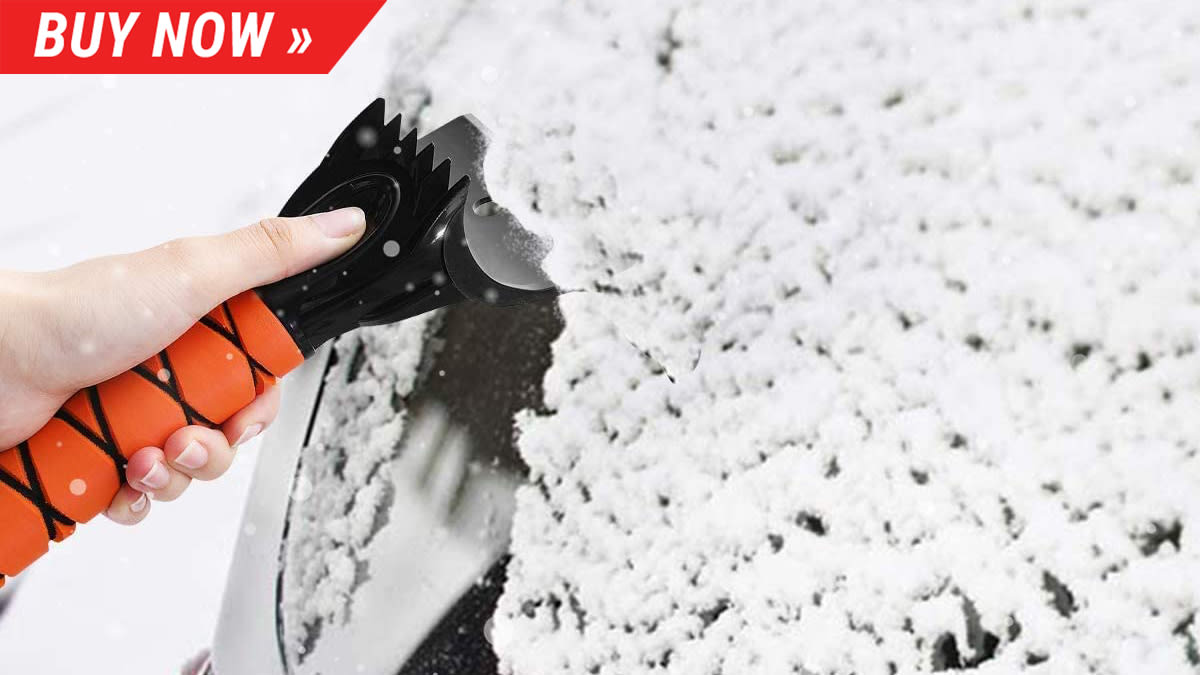 Next up on our list is something a bit more traditional. This tool has an ice scraper on one end and a brush on the other. What's interesting about this product is that it actually has a pivoting head that can rotate 270°. It also features a comfortable foam grip and a one-year warranty. This scraper has just over 1,500 ratings and has a total score of 4.6 out of 5. Amazon reviewer McKay C. had this to say in his five-star review of the snow brush:

"This is a good brush if you like to avoid getting snow on you. It can be expanded to be quite long. This makes it easy to remove the snow from your car. The scraper has the cup shape that deflects ice away from you as you are scraping. The foam handles are nice and easy to grip. The brush can be rotated so that it fits under your car seat more easily."

You can learn more about the MATCC scraper right here. 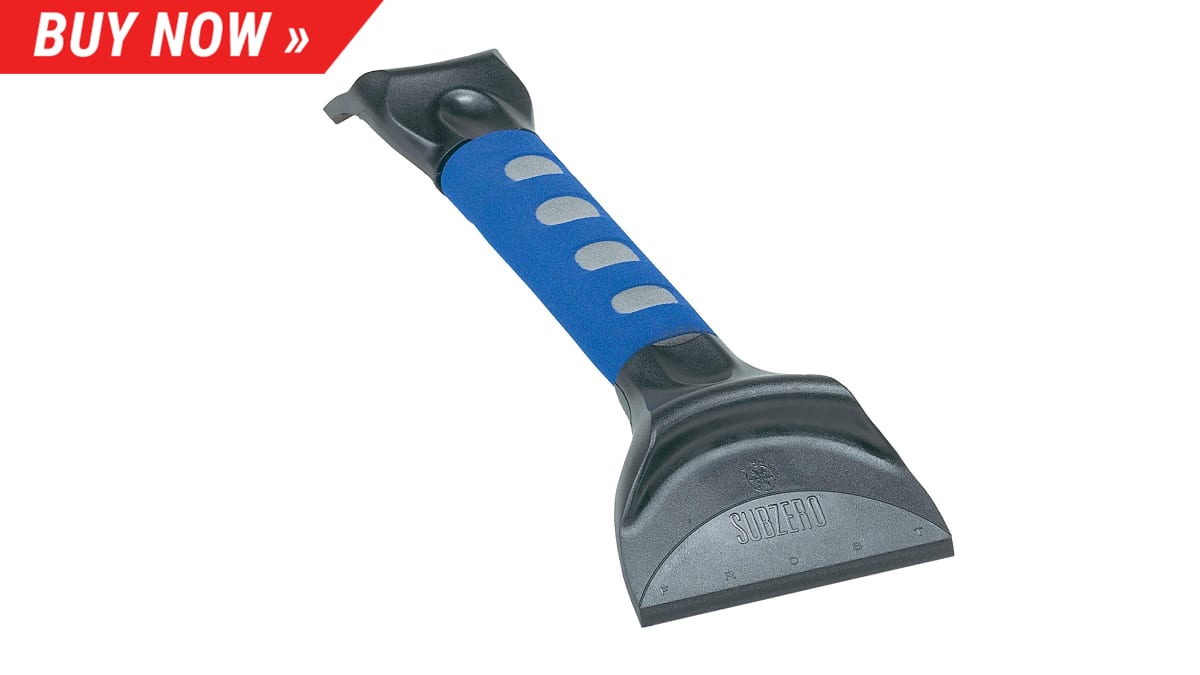 The Subzero ice scraper is the most compact on our list at just 11" in length, but it does feature an extra-wide 4.5" blade to make up for it. On the opposite end from the blade, this scraper features an "ice chipper" to help with the really thick stuff. Like the others so far, this scraper has an overall score of 4.6 out of 5 stars, based on 2,440 ratings on Amazon. Amazon reviewer Travis had this to say in his five-star review of the scraper:

"Not that I have been through many, but this is by far the best window scraper that I have ever used. I feel compelled to offer a disclaimer at the beginning of this review: I do not live in New England or the upper Midwest. I live in central North Carolina, where a few inches of snow is a major event. So my primary use of this scraper is nearly always going to be for frost, not snow. Nonetheless, the times that I have had to use it this winter have been as effortless as ever. Normally, I let my car run with defrost on for several minutes in the morning, then scrape with a really cheap scraper. That usually still takes a little longer than expected and I still have a difficult time not having small streaks of frost that linger. Since I've been using this scraper, the job is effortless. All of the frost is cleared away in no time without streaks. This morning, I even used it without letting the car warm up on defrost first, and the effort and result were no different ... My needs when it comes to scraping car windows are generally very mild, but I would still highly recommend this item."

Does this look like the compact snow scraper of your dreams? If so, you can learn more about it here, and for a limited time, you can pick one up for nearly half off. 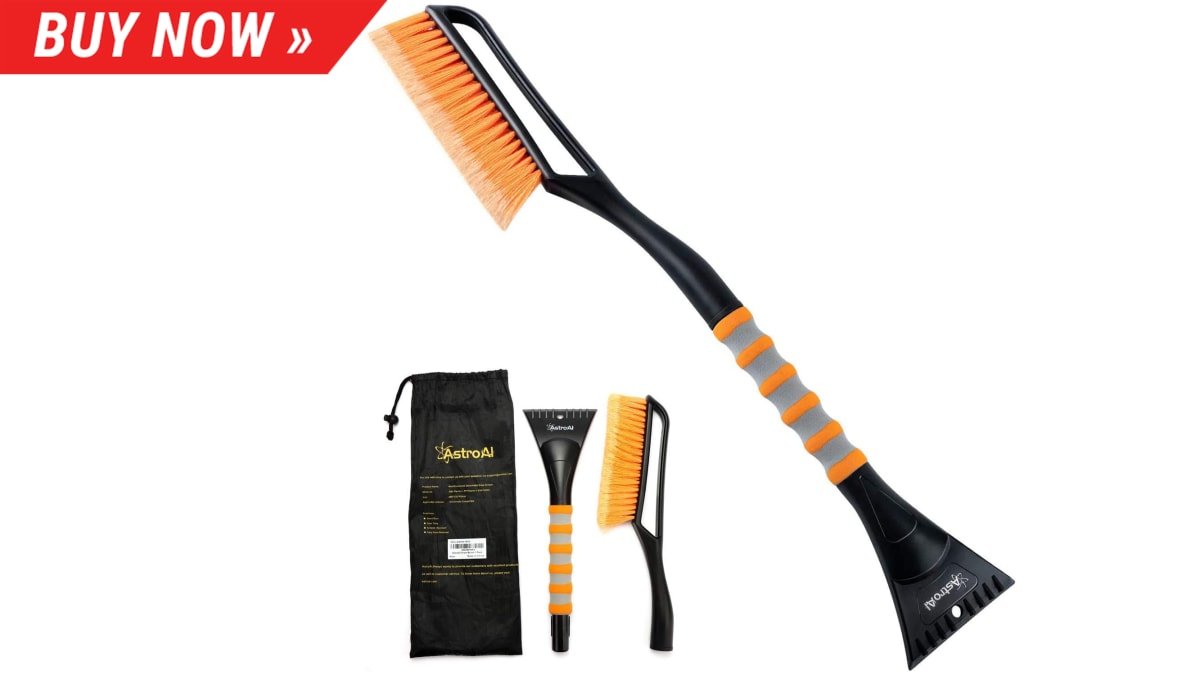 Last but not least, we have the best-selling ice scraper on Amazon; the AstroAI scraper. This scraper is a solid all-arounder, featuring what most people would probably consider to be a "standard" look for the tool. It's 27" long, with the brush head taking up 7" of that. The manufacturer information page makes the claim that this snow scraper can withstand temperatures as low as -40°F, but hopefully you'll never have to test that out for yourself. This scraper has a whopping 6,621 ratings on Amazon and is sitting at a total cumulative score of, you guessed it, 4.6 out of 5 stars. CopperDave had this to say in his five-star review of the scraper:

"This product deserves its high ratings. The blade of the scraper is sharp and strong, so it should be a while before it gets nicked by ice and does anything but a good job. The brush is sturdy, and the scraper can be used with the brush attached, for long reaches, but I find the grip more comfortable with them apart. The hand holds are comfortable and the little bag that comes with it is handy to keep both pieces together and to put away. I do leave them out of the bag for a while after use though, so wet items aren't being put into the bag. I can comfortably recommend this item."

Want to check out the best-seller? You can do that here, and pick one up for 39% off.