When Jeep announced the 2021 Gladiator would get an EcoDiesel option, we expected pricing similar to the Wrangler — the third-generation VM Motori 3.0-liter V6 oil-burner is a $4,000 option, with the required ZF eight-speed automatic another $2,000. That formula would put a base Gladiator Sport EcoDiesel at about $41,000. Cars Direct got eyes on an early dealer guide, and Jeep has indeed followed the Wrangler template, the new Gladiator Sport diesel costing $41,040 after a $1,495 destination charge. The second engine option for the Jeep pickup will also be available on the Overland and Rubicon trims. According to the order guide, a 2021 Gladiator Overland diesel will cost $47,890, the Rubicon $51,370. As with the Sport trim, both those prices are exactly $6,000 above the base MSRPs after destination.

Any sticker shock at the prices is tempered by the only midsized diesel pickup competitor being more expensive, in the forms of the Chevrolet Colorado and GMC Canyon, both powered by a 2.8-liter four-cylinder diesel. A 2020 Colorado crew cab short box with compression ignition and four-wheel drive starts at $41,275, a similarly equipped GMC Canyon starts at $42,540. The Jeep wins the output competition, getting 260 horsepower and 442 pound-feet of torque from its mill, versus 181 hp and 369 lb-ft in the Chevy and GMC. We don't have hauling specs yet, but the GM products are rated to pull up to 7,700 pounds. The Gladiator is rated at 7,650 pounds when fitted with the 3.6-liter Pentastar V6. We wouldn't expect that change with the diesel, the new truck simply making a better go of hauling its loads.

The order books are open now for the Gladiator diesel. It is predicted to appear in showrooms in the third quarter of this year. 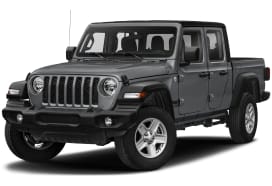 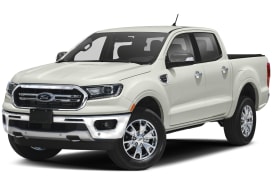 $566 - $1,635 Nat'l avg. savings off MSRP
See Local Pricing
I'm not in the market for a vehicle at this time. Please move this suggestion to the side for 30 days.
Huge Savings