It's offered as a fastback and as a wagon

Volkswagen quietly introduced a high-performance, R-badged variant of the Arteon developed for global markets. It will not be sold in the United States, a spokesperson told Autoblog, so we'll need to admire it from afar.

Engineers considered putting a six-cylinder engine into the R, according to Top Gear, but they ultimately chose a 2.0-liter four-cylinder turbocharged to 315 horsepower and 310 pound-feet of torque. Closely related to the Golf R's engine, the turbo four spins the four wheels via a seven-speed dual-clutch automatic transmission. It reduces the Arteon's 0-60-mph time to approximately five seconds, and it unlocks a top speed that's electronically capped at 155 mph. For context, our Arteon is exclusively available with a 268-horsepower turbo four.

R-Performance Torque Vectoring technology distributes the engine's power between the front and rear axles as needed, and it also allows the rear wheels to split it among themselves. Up to 100% of the torque sent to the rear axle can be directed to either side under hard cornering, so the R feels more agile around a bend than the standard Arteon. Bigger brakes and an adaptive suspension come standard to keep the extra power in check.

Visually, the Arteon R stands apart with a specific front end that gains larger air intakes, black trim on both ends, a small spoiler on the fastback's hatch, and a diffuser flanked by four exhaust outlets. Brake calipers painted dark blue are visible through 20-inch alloy wheels. Inside, it receives front sport seats, carbon fiber trim on the dashboard as well as on the door panels, and big shift paddles behind the three-spoke steering wheel.

Volkswagen will begin selling the fastback and Shooting Brake variants of the Arteon R in the coming months. Pricing information has not been announced yet, but it's of little interest to enthusiasts in America because the model was not developed with our market in mind. It will join the T-Roc R introduced in 2019 and the Tiguan R expected to make its debut soon on the branch of the Volkswagen family tree that forbidden fruits grow on. The next R-badged Volkswagen we'll see in America will be a hot-rodded variant of the eighth-generation Golf. 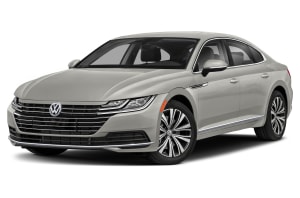 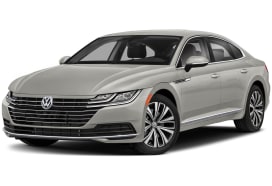 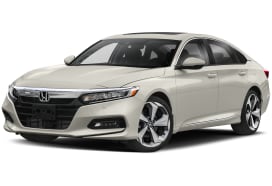