Buick has given the Envision a sharp redesign

Allow us to introduce you to the new and much improved 2021 Buick Envision. Don’t let the handsome shape and sharp design fool you. This compact crossover is a Buick. The Envision has been a frumpy and rather boring looking crossover since its launch for the 2017 model, and now GM has remedied that sticking point.

This new made-in-China (the first Buick sold in America that was assembled there) crossover is full of sharp edges, muscular lines arcing through the body and crisp lighting fixtures. It’s verging on European in nature. If this is a hint of things to come at Buick, we are quite optimistic for the future of its crossover designs now that the cars are dead.

“The 2021 Envision will be lower and wider, with premium proportions and striking styling designed to combine the expressiveness of a car with the practicality of an SUV,” said Helen Emsley, executive director, Global Buick and GMC Design.

Perhaps you’re hoping for additional details? We only have a few. Buick says it will be powered by a 2.0-liter turbocharged four-cylinder, and shifting duties will be handled by a nine-speed automatic transmission. It’s likely the same 2.0-turbo that makes 252 horsepower and 295 pound-feet of torque in the outgoing Envision. There’s no word on the 2.5-liter naturally aspirated four-cylinder model, but it’s likely being dropped from the lineup.

There are no interior photos, but it’ll have a 10-inch infotainment screen in the center that comes with Apple CarPlay and Android Auto functionality as standard equipment. There will also be a number of safety and driver assistance features tacked on as standard including lane-keeping assist, forward collision warning with automatic emergency braking and pedestrian detection, rear parking sensors and GM’s safety alert seat that pulses directionally for alerts. Some options include a 360-degree camera, front parking sensors, rear cross-traffic alert, blind-spot warning, head-up display and GM’s rearview camera mirror.

Buick also says the Envision will be available in their top-tier Avenir trim. Other details will have to wait for later in the year, as Buick says all will be revealed at some point down the road. Consider this a preview with a few tasty bites of info about what’s to come. For now, we’re liking the direction that Buick is taking this crossover. 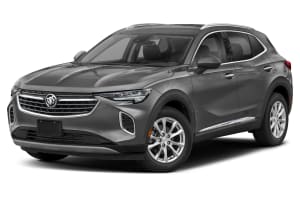 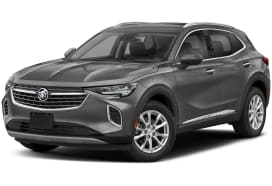 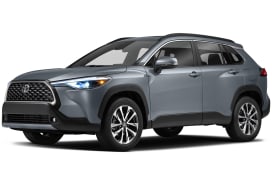 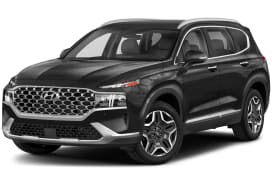 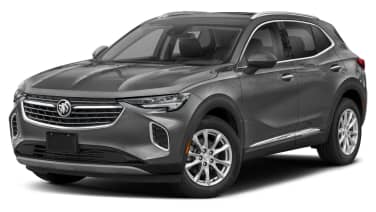 $27 - $182 Nat'l avg. savings off MSRP
See Local Pricing
I'm not in the market for a vehicle at this time. Please move this suggestion to the side for 30 days.
Huge Savings