This Audi Q5 fighter is refined, but is that enough? The 2017 Buick Envision is a very good five-passenger crossover. The "but" you should anticipate will come in good time. First it's worth understanding why it exists at all.

Out of the ashes of GM's bankruptcy a few flowers blossomed and the carmaker is doing exceptionally well, certainly far better than Chrysler has done in the wake of its free fall into Chapter 11. But of all the surprises at GM's turnaround, Buick surely ranks highest, without question the least likely player to thrive if you only study the North American market. Look farther than our shores, to China, however, and you won't be shocked. Note that the Envision, which has been on sale in China for a year and a half, will reach about 200,000 units this year; the entire Buick portfolio in the US only totaled 223,000 cars in 2015.

Not only is China Buick's primary market, but what it makes there, like the Envision, is intended for a different sort of buyer. Here, we'd call it a compact crossover. In China the Envision is a relatively large car, and the buyer there is far more likely to use it as a tall limo, or at the very least, as a big-time status statement. That buyer is also very likely to be in his or her mid-30s – the average Buick buyer in the US is getting younger, but, at 58, is hardly a millennial. 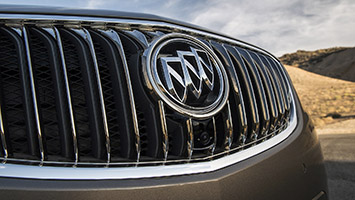 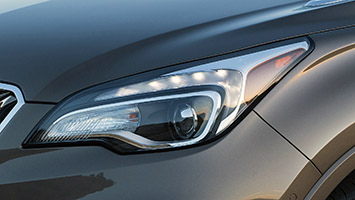 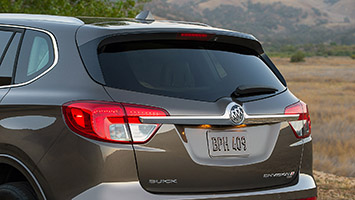 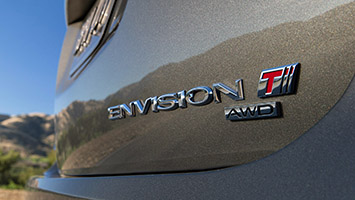 Still, Americans who buy the Envision will benefit from all of this China focus. Huge effort went into its development since the target competitor in China is the Audi Q5, according to Rick Spina, Executive Chief Engineer for the Envision. Spina explained that Buick went to the trouble and expense of isolating the entire chassis from engine, suspension, and driveline vibration and sound penetration. "If you look at non-luxury models like Ford Escape, Honda CR-V, nothing's isolated, everything is hard-bolted to the body, and so all that vibration goes into the frame."

Spina says that even though you'd guess the China-built Envision shares the general parts bin of the Chevy Cruze and Equinox, it's almost entirely unique. "It's kind of an orphan," he says, because GM couldn't afford to invest in the ride tuning Buick had to have to compete with Audi in China for a volume Chevy product, so nothing from Chevy (for now) is on this platform. And although it would have made sense to have Cadillac or GMC share it, Cadillac's XT5 and GMC's Acadia were already on a different development cycle. Besides, he's pretty proud that the Envision was developed strictly for Buick. "For Buick in China we had to move up. I wanted someone to get into Envision and say, 'I didn't expect a Buick to feel like this! This feels really good.' "

And the car truly does. The steering of the higher-spec Premium models we tested with both front- and all-wheel drive was fluid and linear, the ride erring slightly more toward feeling placid rather than sporty. And the Envision is very, very quiet inside – at anything below full-throttle flogging it is, dare we say, Lexus serene. So the Envision is immediately comfortable and capable. Maybe not an autobahn ripper, but a little more compliance than is the Audi or BMW default is just right for a Buick buyer in China or the US. 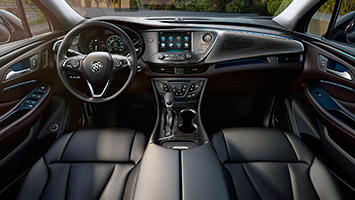 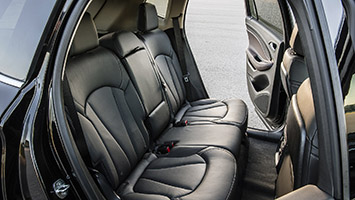 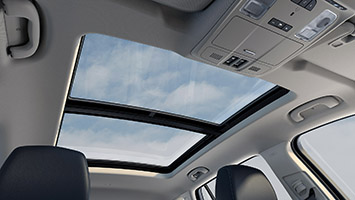 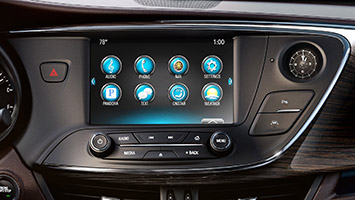 Sharp front-end feel is in part due to the HiPer Strut front suspension, a clever design that helps dial out torque steer in front- and all-wheel-drive cars, and is used in both Buick and Cadillac models. Without diving too deeply, HiPer Strut separates the duties of the shock and spring from those of the steering using a separate knuckle for the latter and isolating one job from the other. This greatly reduces the need to fight back against the tiller when exiting corners, and that's impressive since the Envision's optional 2.0-liter turbo hits its torque peak just below 2000 rpm.

The 2.0-liter engine and transmission are pretty well suited to the Envision, too; there's plenty of response if you need to floor it for passing, and the combination is generally refined. You might quibble that a six-speed isn't the luxury competition's eight-speed, but the gear ratios don't feel so broadly spaced you'd hunger for some interim point between, say, fifth and sixth while charging up a long, 50-mph two-laner.

Still, all this good-enough talk tells you why the Envision may not best competitors in the US. Buick says its rivals are primarily Acura's RDX, the Q5, and to a lesser extent Infiniti's QX50 and QX60, but it's hard to see where the American brand wins either the luxury war or the nickel-and-dime war. After all, Buick is charging $39,720 for a model with all-wheel drive and its thirstier, less-potent, non-turbo 2.5-liter four-cylinder engine that produces 197 horsepower and 192 pound-feet of torque. There were very few of these base-model Envisions available on our drive, so it was difficult to get a broad comparison, save to say the cheaper model steers less crisply and isn't as quick or as smooth under power. That's not surprising, since it has 55 fewer horses than the $44,170 2.0-liter turbo model with its more sophisticated AWD system.

You don't have to spend that much. The base price of $34,990 gets you a front-wheel-drive model with the 2.5-liter engine. It comes standard with a sliding rear seat, where we found plenty of headroom for a six-foot-one-inch passenger, and even decent knee room behind another six-footer. Plus all four outboard seats are heated, standard, and the rear seats recline as well.

From there, a little spec or status shopping argues against Buick easily winning over new customers. Yes, standard equipment like rear park assist and eight-way power front seats are dandy, but you can get into a roomier Jeep Grand Cherokee with AWD for $31,290. Or a Hyundai Santa Fe Sport with AWD for $26,495. Like the Jeep, the Hyundai is roomier than the Buick, and it offers features like automatic-follow cruise control, pedestrian detection, around-the-corner headlamps, and lane-departure warning. Get all of that sweet tech and still Hyundai wants only $38,945 from you for its roomier rig – cheaper than a loaded Envision, which goes all the way up to nearly $50,000. 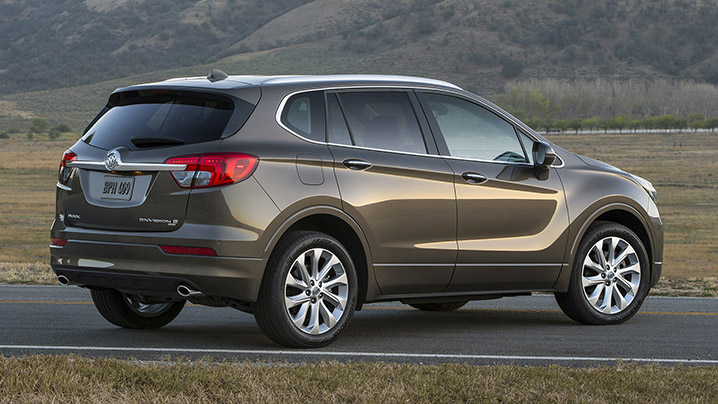 If the Q5 is the genuine target for the Envision it's both pricier (starting at $40,900) and just a hair stingier on front and rear headroom, while the Buick and Audi just about tie on cargo room with the rear seats folded as well as upright. (Envision: 26.9 cubic feet with second row up, 57.3 folded; Q5: 29.1/57.3 cubic feet.)

Still, the interior of the Buick is a definite step up for the brand and is cleanly executed, with little evident GM default to cheap plastics you can even find in brands like Cadillac. However, it's just not quite as tech-cool as what Audi has achieved.

Probably most challenging to Buick on the Envision is that the good stuff, like the more refined engine and the HiPer Strut front suspension, is only available at or above $40,000, and when you're playing in that sandbox most buyers start to look beyond Buick's "attainable" luxury and toward the genuine article.

Don't forget, though – this barely matters. Buick's crushing it in China. And in 2016, big in China is far more important to the success of the brand than being born in the USA.