It could use the Giulia GTA's 540-horsepower V6

Italian coachbuilder Touring Superleggera will help Alfa Romeo celebrate its 110th birthday by putting a modern spin on one of its most graceful sports cars. Called Berlinetta Aero, the coupe will break cover in July 2020.

The preview image released by Touring Superleggera does a formidable job of hiding the model's overall lines. It shows what's essentially a sculpture that's half shrouded in darkness. However, it's revealing enough to tell stylists traced a parallel between the Berlinetta Aero and the one-off Alfa Romeo 8C 2900 B Speciale Tipo Le Mans (pictured below) built by Touring to compete in the 1938 edition of the 24 Hours of Le Mans. It wore an extra-long hood and a short rear end, defining styling cues that seem to appear on the modern recreation. 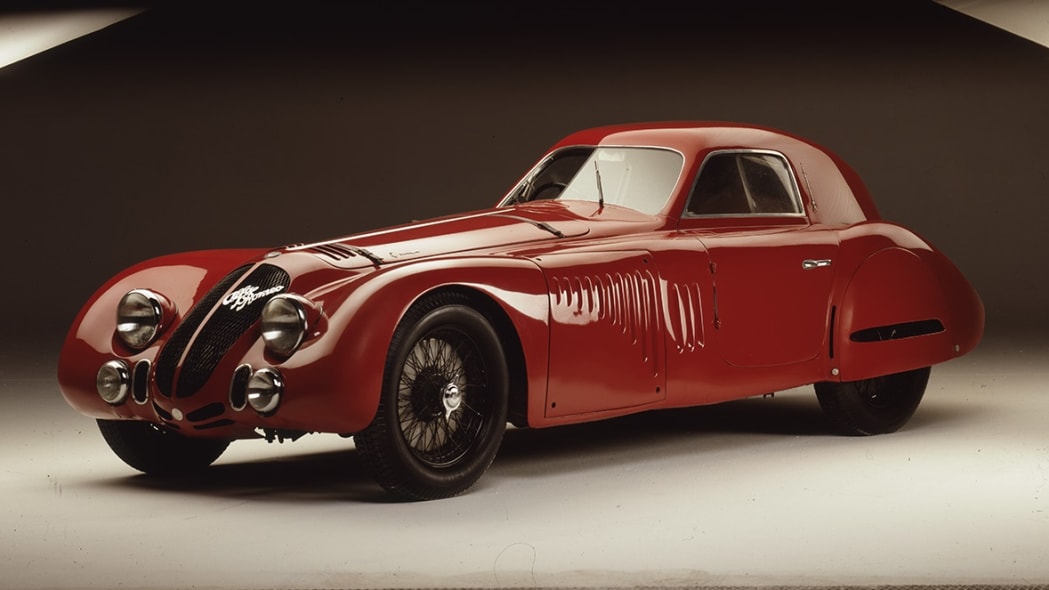 As its name indicates, the 8C 2900 was powered by a 2.9-liter straight-eight that sent 220 horsepower to the rear wheels via a four-speed manual transmission. Touring doesn't have a straight-eight to play with in 2020, so it will allegedly power the Berlinetta Touring with the Giulia GTA's twin-turbocharged 2.9-liter V6. It develops 540 horsepower when it's bolted in the Alfa's engine bay, though a power hike isn't inconceivable.

Touring Superleggera planned to introduce the Berlinetta Aero at the Goodwood Festival of Speed, but the 2020 event was postponed due to the coronavirus pandemic. Its unveiling will consequently take place online, according to Italian website Motori. Additional details (like the unveiling date) will be published in the coming weeks. Touring hasn't said anything about pricing or production figures yet, but it's safe to assume the Berlinetta Aero will be expensive and rare. For context, it capped production of the gorgeous, 8C-based Disco Volante it unveiled in 2012 at eight examples, and it built five units of the Ferrari F12-based Berlinetta Lusso shown in 2015.