The U.S. spec plug-in hybrid 3 Series is out, and so is pricing

It’s been well over a year since BMW announced the 330e plug-in hybrid 3 Series for Europe. Back then, we were promised a U.S.-spec 3 Series PHEV, and today we’re finally getting it. This plug-in is being introduced as the 2021 BMW 330e, and it features the same powertrain as the European-spec car with slightly different numbers.

A 2.0-liter turbocharged four-cylinder engine is aided by an electric motor that spits out a combined 288 horsepower and 310 pound-feet of torque. Compared to a standard 330i, the electrified BMW is up 33 horsepower and 16 pound-feet of torque. However, the 0-60 mph time of both 3 Series' in rear-drive form is the same 5.6 seconds. BMW’s “XtraBoost” feature is needed to accomplish these power and acceleration figures — in Sport mode, a full throttle application unleashes an extra 40 horsepower from the electric motor that is available for 10-second intervals. Top speed is limited to 130 mph with all-season tires, but increases to 142 mph with summer tires (140 mph for the all-wheel-drive version).

BMW offered a 330e version of the last-gen 3 Series, and that car had an electric range of 16 miles, according to EPA figures. This next-gen BMW PHEV is EPA-rated for 22 miles when paired with rear-wheel drive, or 20 miles in xDrive all-wheel drive form. That’s a notable improvement, but it’s not going to be world-changing. The MPGe rating is also slightly better, going from 71 MPGe to 75 MPGe for the rear-drive model (67 MPGe with all-wheel drive). The 9.09-kWh battery pack is located under the rear seats. BMW says it’s capable of driving at speeds up to 87 mph in electric-only mode, too.

In addition to all the U.S. specs released today, we also got a price. A base 330e starts at $45,545, including the $995 destination charge. If you want the all-wheel drive 330e xDrive model, you’re looking at a starting price of $47,545. The standard 2020 BMW 330i costs $41,745, meaning it's a $3,800 price increase to get the electrified model. There are countless packages and options one can tack on to raise the price, but that’s typical for any BMW. BMW says the 330e should start to show up in dealers across the country in May this year. 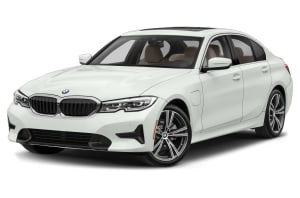 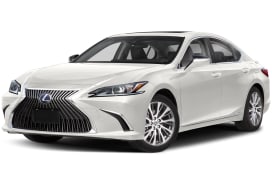 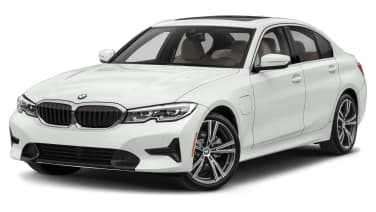 $3,022 - $3,720 Nat'l avg. savings off MSRP
See Local Pricing
I'm not in the market for a vehicle at this time. Please move this suggestion to the side for 30 days.
Huge Savings