Only 100 units will be sold

Both the Subaru BRZ and its Toyota 86 Sibling have been confirmed to have an impending second generation (well, confirmed before the pandemic), which means it's about time to start warmly saying goodbye to the current models. They deserve it, because although many will remember the sports cars for their lack of power, they should be remembered as affordable, sharp-looking, flickable sports cars with rear-wheel drive, manual transmissions, and an extremely fun chassis. As first reported by Motor1, Subaru Germany is sending the BRZ off with a limited-run Final Edition.

To start, no, the Final Edition does not have any powertrain upgrades. In Germany, the 2.0-liter remains the same at 197 horsepower and 151 lb-ft of torque. A six-speed manual is the base transmission setup, while a six-speed automatic transmission will cost an extra $1,850.

The Final Edition improves where most of the other BRZ and 86 special editions have improved: handling. Subaru added Sachs shock absorbers and Brembro brakes with red-painted calipers. Surprisingly, the BRZ keeps its 17-inch wheels rather than adopting the available 18-inchers. The standard paint for the Final Edition is Crystal Black Silica, not picture here, but the WR Blue Pearl shown above costs the equivalent of an extra $109.

And buyers will want to get the blue paint, because the inside has blue accents. The gearshift lever, door trim, instrument panel, and leather steering wheel all have blue stitching. The front leather-and-Alcantara seats are blue and black, while the rear seats are all black, and the floor mats have blue BRZ logos on them. A Final Edition interior badge notifies occupants of its special nature.

The most significant part of this release is its limited availability. The Final Edition will be held to 100 units for the German market, which will have an instant collectible on its hands. Before destination, the list price will be the equivalent of about $43,800. 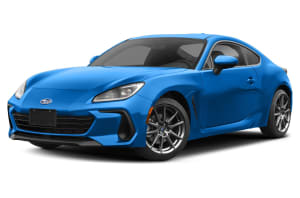 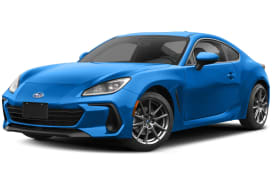 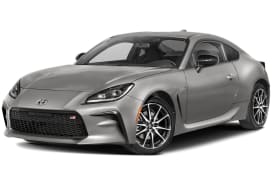 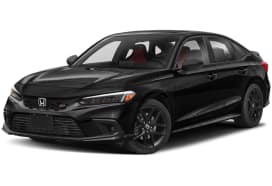