The next-generation Volkswagen Golf R has been spotted undergoing winter testing without a coat, giving us a detailed look at what to expect from the range-topping hot hatch.

A few cues here expose this prototype for what it is. We can start in the rear, where the four exhaust outlets are a big hint as to what's going on under the sheetmetal. The normally subdued Germans wouldn't slap that many pipes on the back of something if it wasn't meant to be sporty.

We can also see the car's signature signature blue brake calipers (hotted-up GTI models tend to get red paint) and, if we look closely at the photos of the prototype driving away from the camera man, we can see an ever-so-slight hint of rooster tailing from the rear snow tires, hinting at a powered rear axle.

While the new European Golf lineup has been revealed to an extent, we're not 100% certain what to expect from the next Golf R. Besides the basic formula that has stood for the past few incarnations of R-branded Golfs (all-wheel drive, a turbocharged 4-cylinder engine and lots of chassis goodies), most of the details remain uncertain. The new R will get a livelier tune of VW's corporate 2.0-liter engine that will allow it to produce well north of 300 horsepower; the last-generation car packed just 292 ponies.

What we do know is that Volkswagen is still planning to sell the R here alongside the next-generation GTI. While the base Golf (and most of its other variants) have been axed for the U.S. market due to slumping sales, the hotter hatches still have life in America for the time being.

Thanks to VW's staggered launch schedules, the new Golf family will be rolled out in Europe before we see it Stateside. We should know more about VW's U.S. launch plans soon, as the European model is due to bow at the Geneva Motor Show in March. 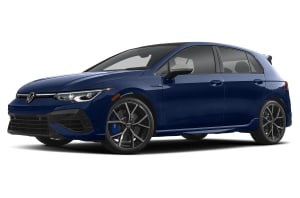 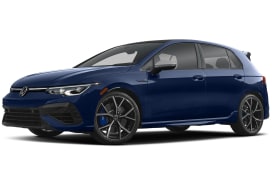