And it keeps Stow 'N' Go

The rumors were true, the 2021 Chrysler Pacifica has brought back all-wheel drive as an option after it disappeared from Chrysler minivans in 2004. Not only that, buyers don't have to choose between having more traction or more cargo flexibility, as both features can coexist on one van. And to herald the changes, Chrysler has also updated the styling, features and trim line.

Of course the all-wheel drive is the biggest change, and according to Chrysler representatives we talked to, it was something that was planned for since the launch of this generation of Pacifica. When the platform was developed, they wanted to make sure that if demand called for bringing it back (and it did, more on that later), that it wouldn't be difficult to implement, and that the fold-into-the-floor Stow 'N' Go second-row seats would still fit. Some changes were necessary, such as rerouting the exhaust and tweaking the design of the gas tank, which retains the same volume as a front-drive van.

The all-wheel-drive system itself is capable of routing power completely to the rear if necessary, and the driveshaft and power takeoff unit can disengage for fuel savings. It's controlled entirely automatically, taking into account the severity of driver steering and throttle inputs, outside temperature, use of windshield wipers and detection of wheel slip.

Besides the extra drive wheels, the 2021 Pacifica gets a reworked nose and hatch. The fascia is much more aggressive with its taller, frowning main grille. The headlights have new LED running light designs. Around at the back, the taillights are new full-width units. 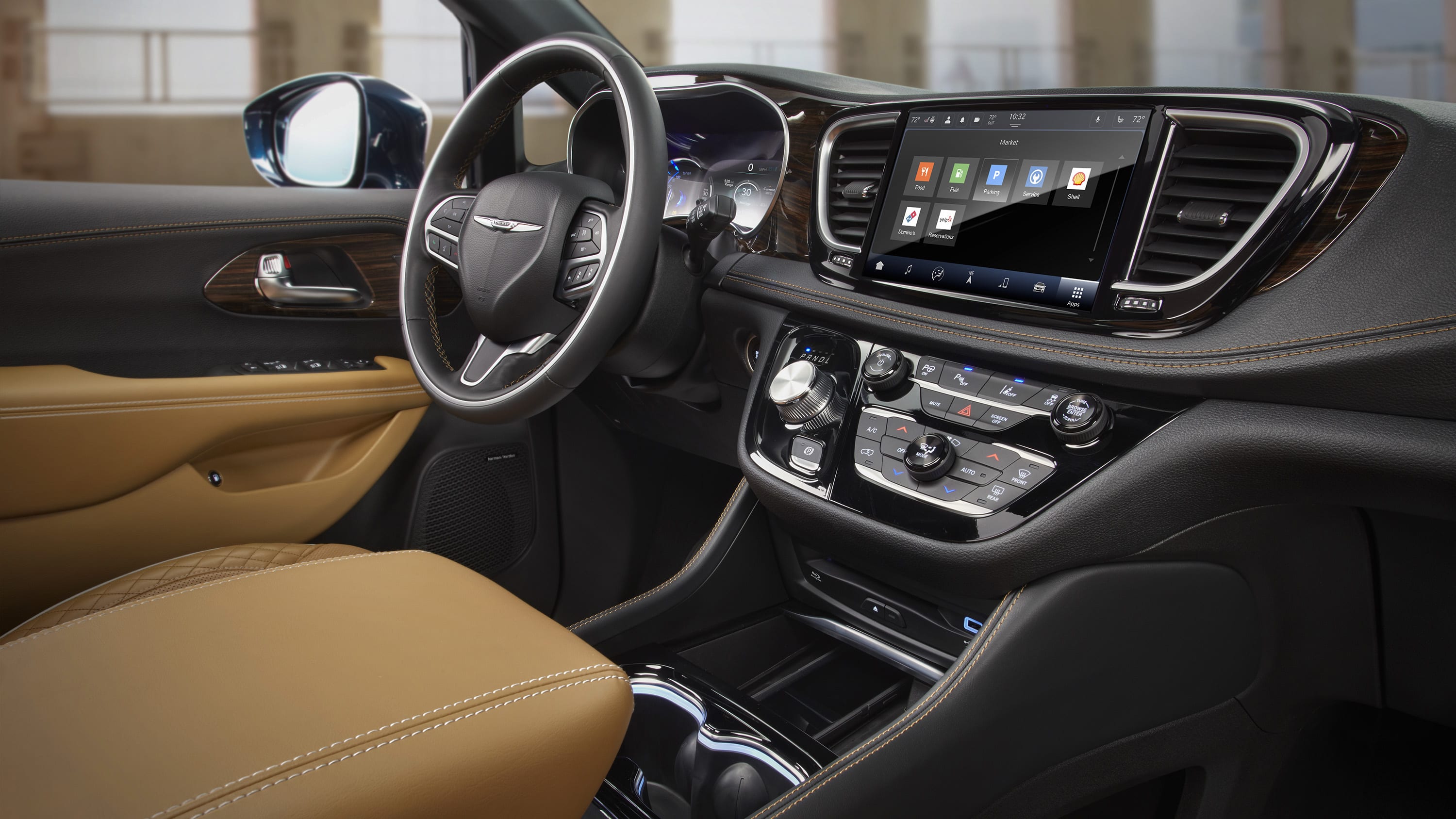 The interior has more subtle but still noteworthy changes. All Pacificas now have a 10.1-inch infotainment display as standard, and they're the first FCA products to use the Uconnect 5 operating system. The system brings several upgrades including full Amazon Alexa integration, wireless Apple CarPlay and Android Auto, multiple driver profiles, and more, which you can read about here. Pacificas are also available with a new center console that offers more covered storage space, but also gives the front seats a more cosseted feel like in a car or a crossover. They all differ on overall length toward the back and what kind of arm support they provide. Chrysler also offers something called the FamCam, which gives the driver and front passenger the ability to keep an eye on the kids with cameras controlled from the touchscreen. The new Pinnacle trim level, which, as you may have guessed is the highest trim, caps off the new interior with fancy tan, quilted Nappa leather and even matching pillows for decoration and lumbar support in the second row of seats.

On the topic of trim levels, the Pacifica lineup has been revised with just four trim levels: Touring, Touring L, Limited and Pinnacle. The hybrid powertrain, which has the same hybrid V6 as before, is now an option for all trim levels, though it is not available with all-wheel drive. The other engine is the carryover V6 making 287 horsepower and 262 pound-feet of torque, and it's available with either front-wheel drive or all-wheel drive in every trim. All Pacificas also come with a wide array of standard safety features including LED automatic high-beam headlights, rain-sensing wipers, automatic emergency braking with pedestrian detection, blind-spot and rear cross traffic alert and adaptive cruise control.

One final note, the recently reintroduced Voyager nameplate will continue on unchanged for the 2021 model year. It also won't have all-wheel drive available as an option. Pricing for the 2021 Voyager is not yet available. 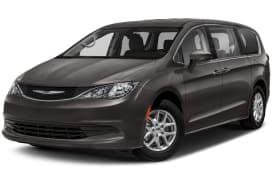 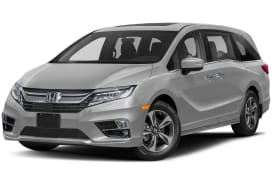 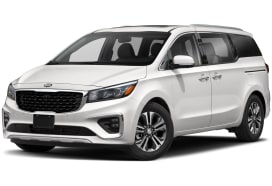 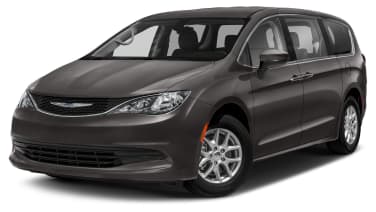 $2,905 - $4,855 Nat'l avg. savings off MSRP
See Local Pricing
I'm not in the market for a vehicle at this time. Please move this suggestion to the side for 30 days.
Huge Savings