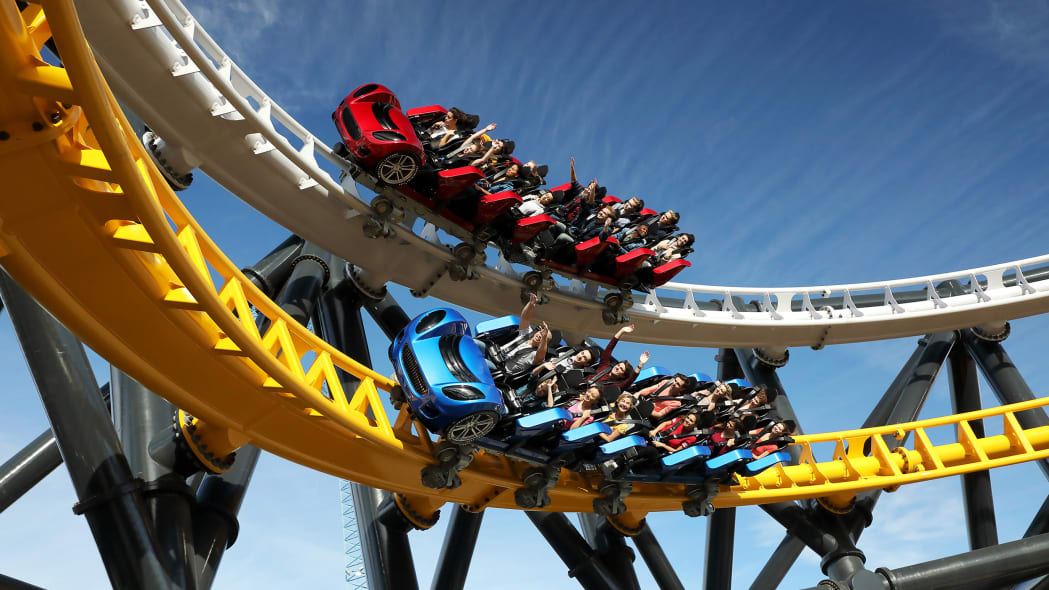 The people at Six Flags Magic Mountain, which sits north of Los Angeles, have been hard at work on a new part of the park called The Underground. The "L.A.-centric urban-themed area" is said to have a "high-energy street vibe" and includes the Apocalypse wooden roller coaster and Cyclone 500 go-karts, with dining, games, and retail on the way. A new ride called West Coast Racers, a collaboration with West Coast Customs (WCC), just opened and will serve as the centerpiece of the new space.

Six Flags claims West Coast Racers is "the world’s first single track quadruple launch racing coaster." Translated, it will have dueling tracks, and on each track, there are four separate magnetic launches within the ride. This also includes two launches next to the other track for some fun drag races. Each trip on the ride will include two laps, and at one point, a simulated pit stop will be narrated by WCC Founder and CEO Ryan Friedlinghaus.

At maximum, the ride will hit 55 mph, but the track isn't all straights. West Coast Racers has four total inversions (three zero-G rolls and a zero-G stall), 14 track crossovers, side-by-side hills, and plenty of overbanked turns.

Somewhat surprisingly, the collaboration between Six Flags and WCC goes deeper than a brand and a logo. WCC says it helped create the look and feel of the ride, and the shop designed and built the coaster cars.

West Coast Racers is one of Six Flags' biggest 2020 launches, and it is open now. A single-day ticket to Six Flags Magic Mountain is listed at $62.99, while a season pass costs $92.99.