This snake was in the late Lee Iacocca's personal collection 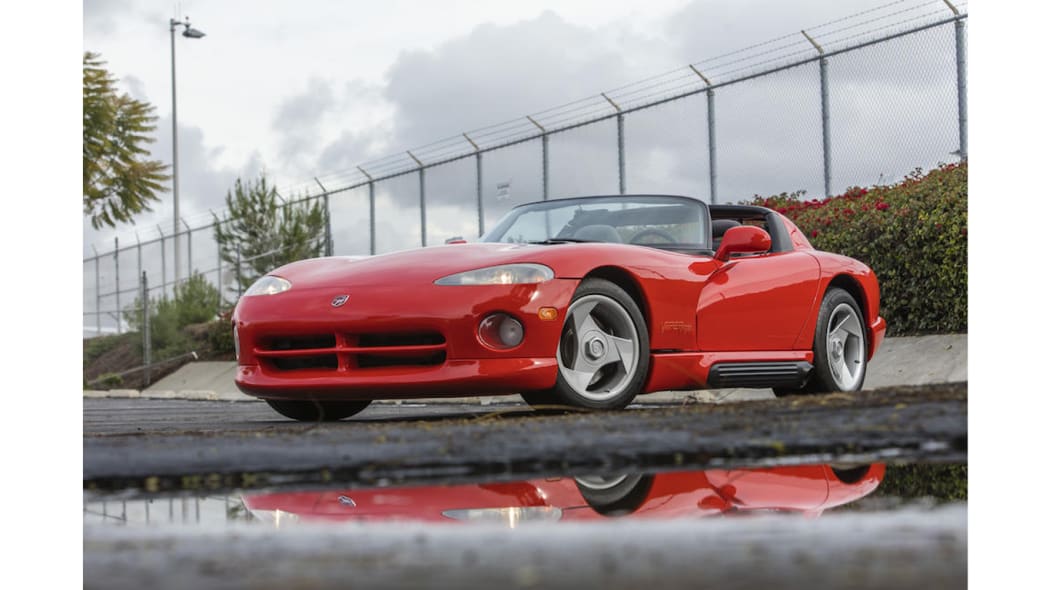 The 1992 Dodge Viper RT/10 was a game-changer both for parent company Chrysler and the U.S. auto industry at large. While it was significant for bringing its automaker out of its dull, post-1980s funk, it also lit a fire under the rest of Detroit. If it hadn't been for the Viper, the world may not have gotten the C5 Chevrolet Corvette Z06 (and its many world-class successors) or the revived Ford GT.

And the very first one is headed to auction.

This Viper is particularly special for two reasons. Not only was it the first production RT/10 to roll off the line at Chrysler's Mack Avenue plant (the Viper wouldn't move to Conner Avenue Assembly until 1996), but it was immediately scooped up by industry icon and then-Chrysler executive Lee Iacocca, who famously ushered fellow great Bob Lutz on stage at the Viper concept's reveal and told him to "build the damn thing."

Even if you've never heard of Iacocca, you're certainly familiar with the cars he's influenced, whether you know it or not. Whether it's the Chrysler K-Car platform (and the minivan segment it spawned) or the 1964 Ford Mustang, one of Iacocca's projects has undoubtedly touched your life in one way or another.

Showing just over 6,200 miles, this Viper remained in Iacocca's possession from day one until his passing in 2019. Even without the Iacocca connection, this would be a special lot. VIN #001 is all-original, packing the 8.0-liter V10 engine that made the Viper famous. Dodge's bruiser was also known for being light on superfluous extras, such as anti-lock brakes, which the Viper didn't receive until 2001 — just before the second-generation model was discontinued.

Bonhams projects this Viper will go for between $100,000 and $125,000. That's probably a bargain. Opportunities to own such a unique and significant piece of automotive history come around very rarely, and considering this is about the same amount FCA was charging for a brand-new Viper when it went out production in 2017, it's not an unreasonable price point.

The Viper will cross the block on Jan. 16.