Only announced for overseas markets 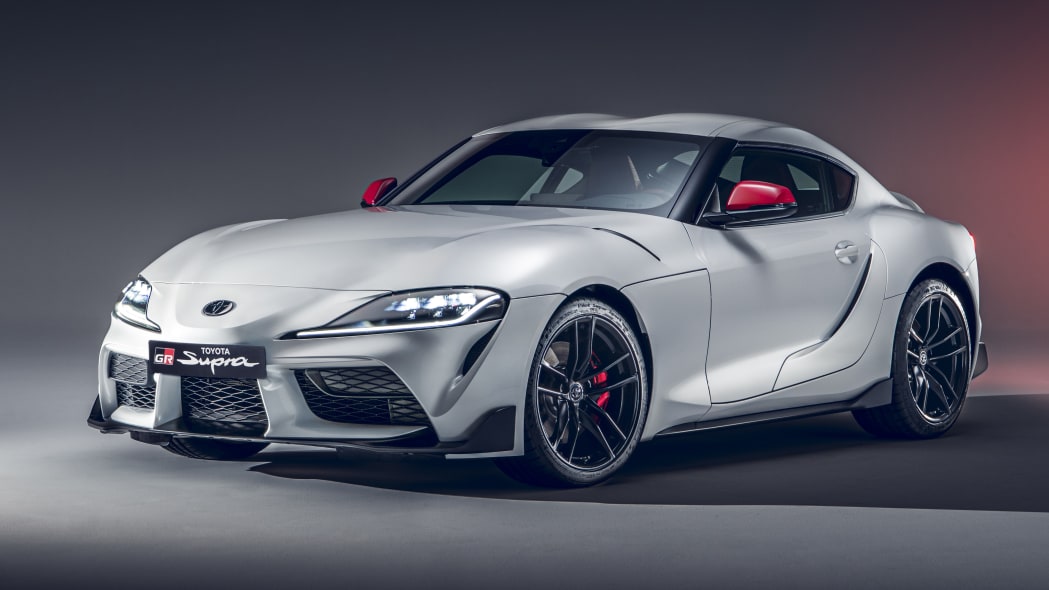 We've known for a while now that the 2020 Toyota Supra would get some four-cylinder variants around the world, but now we finally have official specifications. As expected, it has a 2.0-liter inline-four with a twin-scroll turbocharger coupled solely to an 8-speed automatic transmission and rear-wheel drive. In total it makes 255 horsepower and 295 pound-feet of torque. These specs are identical to the BMW Z4 sDrive30i that the Supra is based on, which is interesting considering that the six-cylinder is rated slightly lower than the equivalent Z4. Toyota says this version of the Supra will hit 62 mph in 5.2 seconds. For reference, that's just over a second slower than the six-cylinder version.

So if it's measurably slower with less power, is there any appeal to the Supra four-cylinder? Well it will certainly be cheaper to buy than the six-cylinder version, though exact pricing isn't available yet, and based on Z4 fuel economy numbers, it should be slightly more fuel efficient. But from a performance standpoint, the four-cylinder has a significant weight advantage. Toyota says it weighs about 220 pounds less than the six-cylinder car. Toyota boasts about a 50/50 weight distribution, as well, but the six-cylinder has that same distribution.

The four-cylinder Supra will go on sale in Europe in March 2020, with other markets likely at about the same time. It comes standard with 18-inch wheels, black Alcantara-trimmed seats and an 8.8-inch infotainment system. There will also be a special Fuji Speedway edition, pictured above, offered only in white with red mirrors, 19-inch wheels carbon fiber trim, and red and black Alcantara-trimmed seats. Only 200 examples of it will be sold in Europe.

We reached out to Toyota to find out if there are any plans for offering the car in the U.S., and Toyota wouldn't comment. There is a possibility it will happen, though, as the powertrain is already certified for the U.S., and of course the body and chassis is, too. It will likely simply come down to whether Toyota sees demand for a less powerful, lighter weight and lower cost Supra.