Due out in 2022, and there are several interesting lease options as well 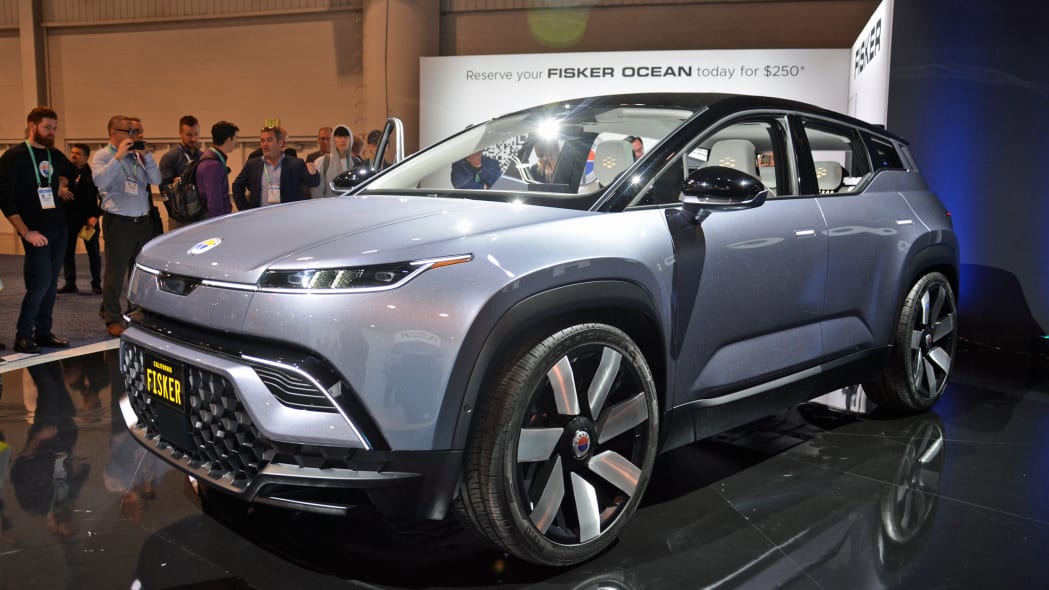 Fisker unveiled an electric crossover named Ocean during a private event held before the model's official debut at CES 2020. Due out in 2022, the Ocean will compete in the same growing segment of the market as the upcoming Tesla Model Y and the recently-unveiled Ford Mustang Mach-E.

The Ocean is the latest brainchild of designer Henrik Fisker, the same man responsible for the Karma (which is now known as the Revero) and the EMotion unveiled at CES 2018. It doesn't look like either of those cars, and it's more SUV-like than its aforementioned rivals. Fisker instructed his team to find ways to make the Ocean stand out in a rising tide of crossovers. Stylists came up with a handful of interesting features, like turn signal repeaters integrated into D-pillars, and solar panels integrated into the roof. Fisker explained motorists who live somewhere with good weather can generate about 1,000 miles of driving range annually by parking in the sun. Naturally, Seattleites need not apply.

A thousand miles of range isn't much, but the firm argued it's a start. "We know this thing is improving, and we can then update it because we've already got the hardware," Fisker said during the unveiling.

While safety advocates celebrate the head-up display as a way to keep drivers focused on the road ahead, Fisker found a way to make the feature distracting by adding a karaoke function that presumably shows song lyrics next to the car's speed and navigation directions. We haven't seen the full interior yet, though we know it's made using sustainable materials like discarded fishing nets. There's also a California mode which lowers the six side windows, drops the rear window (like on an old American station wagon), and opens the sunroof at the push of a button to let the breeze in. 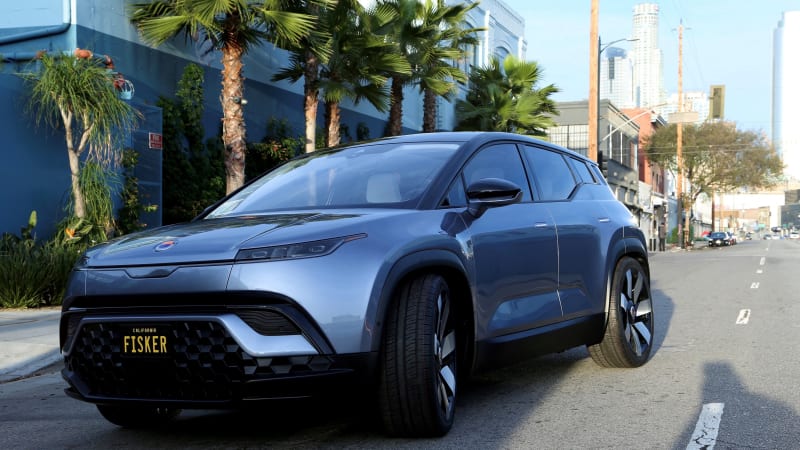 The Ocean's powertrain consists of a lithium-ion battery pack with a capacity of about 80 kilowatt-hours, and an electric motor mounted over each axle for through-the-road all-wheel drive. Fisker quoted between 250 and 300 miles of driving range depending on driving conditions. Volkswagen-owned Electrify America will open its growing nationwide charging network to Ocean owners.

Fisker expects to start Ocean production in late 2021, and deliveries are tentatively scheduled to begin in early 2022. Motorists who want to secure an early build slot still have time to send the company a $250 deposit. When the time comes to configure their car, they'll need to decide whether to purchase it for $37,499 before local and federal incentives enter the equation, or lease it for $379 a month after a $2,999 down payment. Those who choose the second option can keep the Ocean for one month, eight months, 22 months, or "several years" with a 30,000-mile annual allowance.

Fisker plans to build at least two more cars on the platform underpinning the Ocean, and its global supply chain should allow it to manufacture one million cars between 2022 and 2027. That's an ambitious target, but the firm is confident in its ability to hit it. It will share more details about how it will orchestrate its transformation into a full-fledged Tesla rival during the 2020 Geneva auto show.