The Panamera GTS splits the difference between the 4S and Turbo 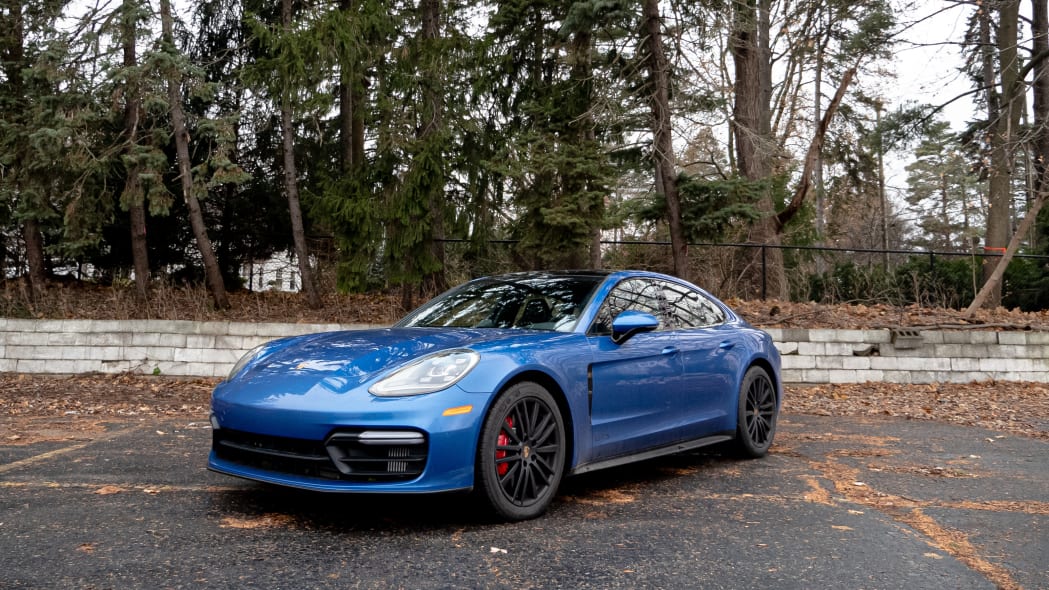 Porsche's big sedan offers plenty in terms of quality, perormance and technology — for a price. As much as we love it, it's no surprise more and more customers opt for the Cayenne SUV.

The 2019 Porsche Panamera GTS is new to the Panamera lineup this year, and it creates a stepping stone in between the regular V6-powered Panameras and the uber-powerful Panamera Turbo. Under the hood lies a 4.0-liter twin-turbo V8 that produces 453 horsepower and 457 pound-feet of torque. That’s good enough for a 3.9-second trip from 0-60 mph and a 181 mph top speed, according to Porsche. Since it’s the GTS, it also comes with the sport exhaust as standard equipment. The transmission is an eight-speed PDK unit that sends power to all four wheels. Porsche’s adaptive air suspension is standard equipment in the GTS, and it also sits 10 mm lower than a regular Panamera. Larger front brakes, the Sport Chrono package and Porsche Active Suspension Management (PASM) all come as standard equipment to the GTS, as well.

Porsche still has more performance and handling equipment it offers as optional to the GTS. The big purchase item ($5,000) equipped on ours is the PDCC Sport package that includes Porsche Torque Vectoring Plus. The PDCC Sport package means it uses 48-volt technology to run electro-mechanical anti-roll bars. It’s an active roll stabilization system, and it’s able to reduce roll even more effectively than a traditional setup. The torque vectoring system is able to brake the right or left rear wheel to improve steering response. Beyond that, our Panamera GTS tester had $830 Sapphire Blue Metallic paint and $780 soft close doors. The base price of $129,550 only rose to $136,160 after those few options. As far as Porsches go, this one was mighty light on the options. It doesn’t need many, since the GTS trim adds the important stuff baked in as standard equipment.

Editor-in-Chief, Greg Migliore: I feel like the Panamera has grown up and has a distinctive character. It took Porsche a decade, but the Panamera is achieving efficacy with its swoopy yet well-tailored looks. Give me this fastback/hatchback/whatever you want to call it over the Sport Turismo. Yes, the wagon is almost surprisingly practical, but there’s plenty of room in the trunk of the sedan. I was also able to wedge a rear-facing car seat behind the driver, no problem, so you can certainly use this as a family hauler. The early Panameras were floaty and had overwrought styling. Porsche was trying to find its way as a sedan maker. The performance was there, but it seemed like the chemistry wasn’t quite right. After driving this dialed-in sport sedan with a pleasing interior and handsome looks, I’m impressed with the evolution of the Panamera.

Senior Editor, Green, John Beltz Snyder: Despite the GTS designation, this Panamera feels rather tame, for better or worse. It’s quiet inside, even with the exhaust in sport mode. You can hear a few pops when downshifting manually, but they’re distant and muted. Acceleration is brisk but smooth, and you never feel like you’re going as fast as the speedometer says. While that’s great for comfort, it doesn’t do much to get your pulse quickening.

The same goes for the chassis feel. I was surprised with how well this Panamera soaked up bumps, even on some severely degraded roads. That’s great when you don’t want your teeth rattled, but less impressive when you actually want to feel what’s going on between the car and the road. I found plenty of lateral grip when pushing it hard around an expressway on-ramp, but the steering offers little in the way of feedback. Perhaps I’m asking too much in terms of excitement from this four-door Porsche, but when I’ve got this much performance in hand, I want to feel it. 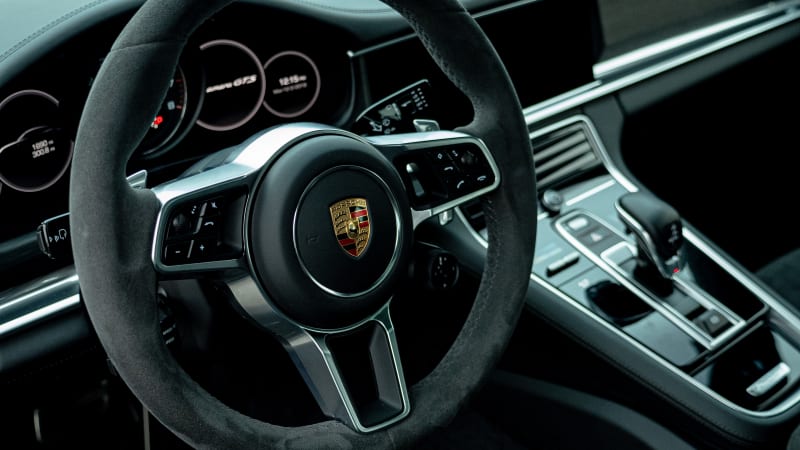 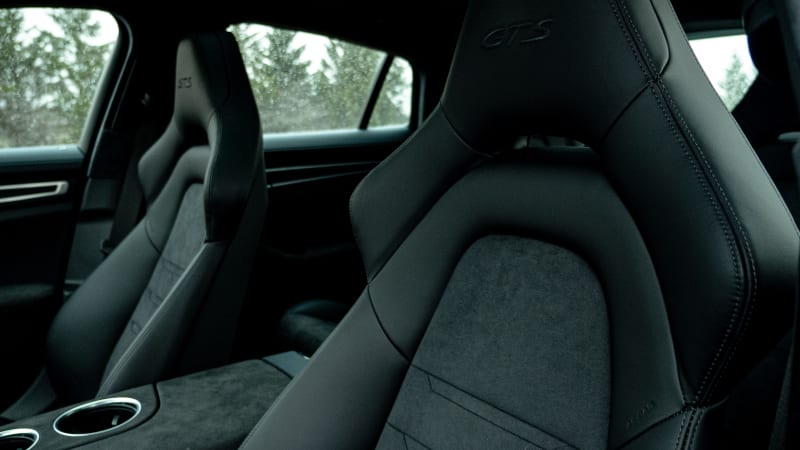 Assistant Editor, Zac Palmer: I’m going to counter what John’s saying about the powertrain. Despite this car being vastly underpowered (as if a 453-horsepower could ever be) compared to the Panamera Turbo and Turbo S E-Hybrid, it’s still riotously quick. When I gave it the full beans in launch control, this Porsche absolutely ripped down the road. I could go for more aural drama, but I have no complaints about how fast the GTS is. The transmission is hilariously quick, too, cracking off shifts as quick as anything out there.

I found the interior to be completely spot-on for the driving enthusiast. Porsche mounts its powered seat way down low in the car, giving me the same driving position feel as a Porsche sports car. Other grand tourers will sit the driver higher up on a pedestal for easier entry and exit, but this is a damn Porsche. The steering wheel, seat and pedals are all perfect. I’d take this Porsche family car over a Cayenne in a heartbeat, even though the Cayenne is an excellent tall sports car. To steal an old Porsche line, there is no substitute for the low center of gravity and driving feel of a car when compared to a jacked-up crossover. Since this Porsche has four seats and a hatch with a low liftover angle, I’m going to choose it every day of the week.

A lovely Sapphire Blue Metallic on this Panamera. I love the taillights on this car. Quite the firecracker to drive in GTS trim too, even in the rain. @therealautoblog pic.twitter.com/2ofH096Yn3 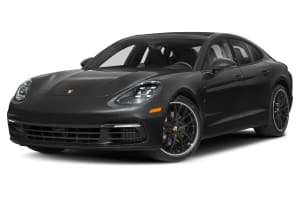