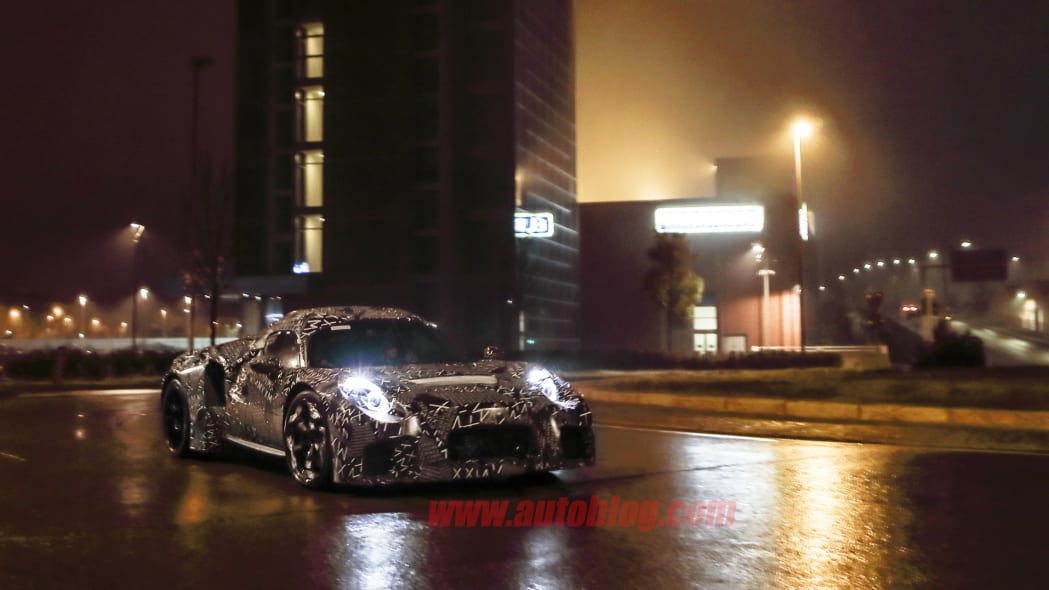 Maserati has started the process of re-tooling its historic Modena, Italy, factory to build a new sports car scheduled to come out in 2020. Full details about the model remain under wraps — even its name is a mystery — but the very first batch of images provided by Maserati and brought to you exclusively by Autoblog reveal several key points about it, including a few that we didn't see coming.

The photos douse cold water on the rumors claiming Maserati's next sports car would be essentially a toned-down version of the Alfieri concept introduced in 2014. The test mule depicted in the images is heavily camouflaged, but its proportions, the size of its cabin, and the huge vents behind the doors suggest it's a mid-engined two-seater, not a front-engined model with a 2+2 interior layout.

Autoblog learned the test mule is powered by a completely new drivetrain, but your guess is as good as ours when it comes to what it's made up of. Regardless, it was designed and built entirely in-house, and it will spawn a family of drivetrains that will exclusively power the company's vehicles.

Starting from scratch is a huge undertaking. Engineers will closely analyze the data gathered during the testing phase, and use it to fine-tune the drivetrain on its research and development department's simulators. The improved components will in turn be road-tested. Maserati's new approach to vehicle design relies heavily on simulators, but head of product Joe Grace told us real-world testing remains hugely important. The company puts about 3 million miles annually on its prototypes.

While the photos beg more questions than they answer, they confirm Maserati's renaissance is around the corner. The company will introduce its next new model during the Geneva Motor Show in March 2020, so we expect to learn much more about it in the coming months. It will be followed by the next-generation GranTurismo and GranCabrio, which will be available with the company's first electric powertrain, and by a new SUV positioned below the Levante.