So, how do we feel about that, Mustang fans? 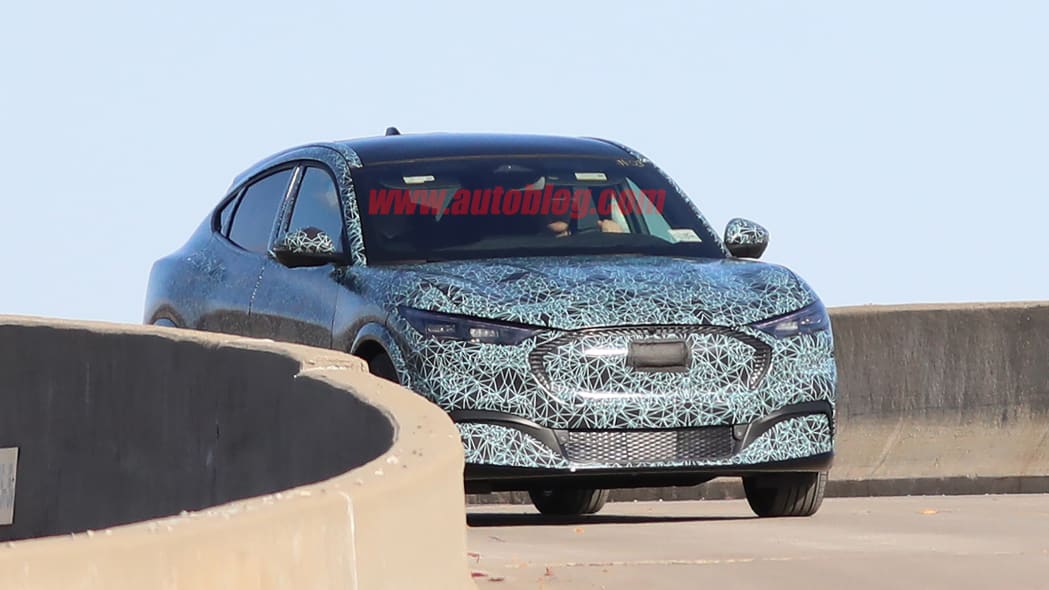 Ford has been teasing its upcoming, Mustang-inspired electric crossover, and we’ve even been seeing camouflaged prototypes (like the one pictured above) testing on the roads Autobloggers use to commute to our Detroit-area office. Now, ahead of its reveal at the L.A. Auto Show, Ford has confirmed the vehicle’s official name: the Mustang Mach-E.

Ford has also announced that the vehicle will be unveiled on Sunday night in a livestream hosted by actor Idris Elba. Following the event, which begins November 17 at 9:30 p.m. Eastern, Ford will begin taking $500 reservations for the EV at its website, at least for customers in the U.S., Canada and Europe (reservations for China will come later).

We’ll have to wait until Sunday for the full details, but Ford confirms the Mustang Mach-E will, indeed, bear the pony badge, and Ford considers it part of the Mustang family. It’ll be interesting to see what hardcore Mustang fans think about an all-electric crossover sharing the nameplate, but perhaps that will depend on its performance specs.

There will be a First Edition of the Mustang Mach-E, Ford says, which will be detailed at the event Sunday night. That will also be available for pre-order after the show, though in more limited numbers. Customers will be able to choose their desired specification — and intel suggests there will be a rear-wheel-drive option, as well as different battery capacities — with further configurations being finalized “next year when the ordering window opens,” according to Ford.

We’ll have our own staff on hand in L.A., so we’ll be able to pick up any details that don’t make their way into the live press conference. In the meantime, what do you think? Are you excited about Ford’s new EV? Are you cool with it bearing the Mustang name? Or are you going the safe route and withholding judgment until Sunday? Sound off in the comments below.